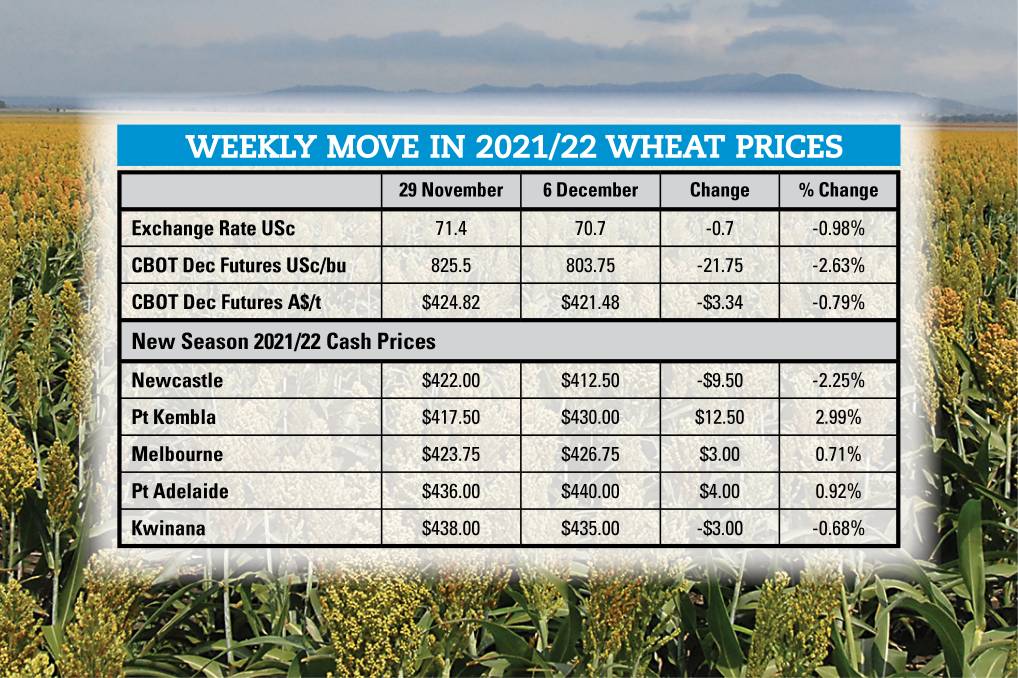 Perceptions about the 2023 crop will determine whether wheat prices can go higher in the post-harvest period.

In most parts of the country, milling wheat prices have continued to tick along near their recent highs, including back to record levels in South Australia.

However, there have been a couple of hurdles thrown up on the supply side, firstly with the upgrade of the Australian crop to a bin bursting record of 34.429 million tonnes, an increase of 1.8 million tonnes from the September projections.

We have now also seen the Canadians increase the size of their bread wheat crop by 700,000 tonnes, to 16 million tonnes, when a reduction to below 15 million tonnes had been expected.

In a further twist to the Canadian numbers, total wheat production was reduced, but this was driven by a 900,000 tonne wind-back of the durum crop estimate.

This has left global supplies of durum wheat very tight.

At this stage of the year, global wheat production estimates should be settling down, and in a year like this, the focus should be on allocating available supplies to where they are needed.

There are a couple of factors still in play though.

One is the rain damage to the Australian crop, and how extensive it will finally be.

The importance of this has been magnified because of the tightness of global supplies of quality milling wheat.

The other is the reaction of the Russians to current price levels, and what they might do to restrict their exports in an attempt to control their domestic prices.

The latest news is that Russia is considering imposing a quota of 9 million tonnes for wheat exports from February 15 through to the end of June.

Expectations of export restrictions for Russia are normally bullish, particularly in the short term as major importers, and Russian exporters, move to shift grain ahead of the restrictions coming into force.

So, we still have a number of factors supporting the current very high price levels.

This should continue to support our market throughout the rest of the harvest period, but there is no guarantee that wheat prices will be higher in the early part of 2022.

For example, when any Russian export quotas are imposed in February, the impact may be subdued if major importers already have their wheat in place.

In fact, importer demand may well drop away, and if that were to coincide with an optimistic view of the 2023 global wheat crop, we could see global wheat prices ease just when Australian farmers, who have held grain over from harvest, are looking to make sales.

It is likely to be perceptions about the 2023 crop that will determine whether wheat prices can go higher in our post-harvest period early next year.