On "millionaires' row" near Benalla, this massive house also has land for horses or cattle. 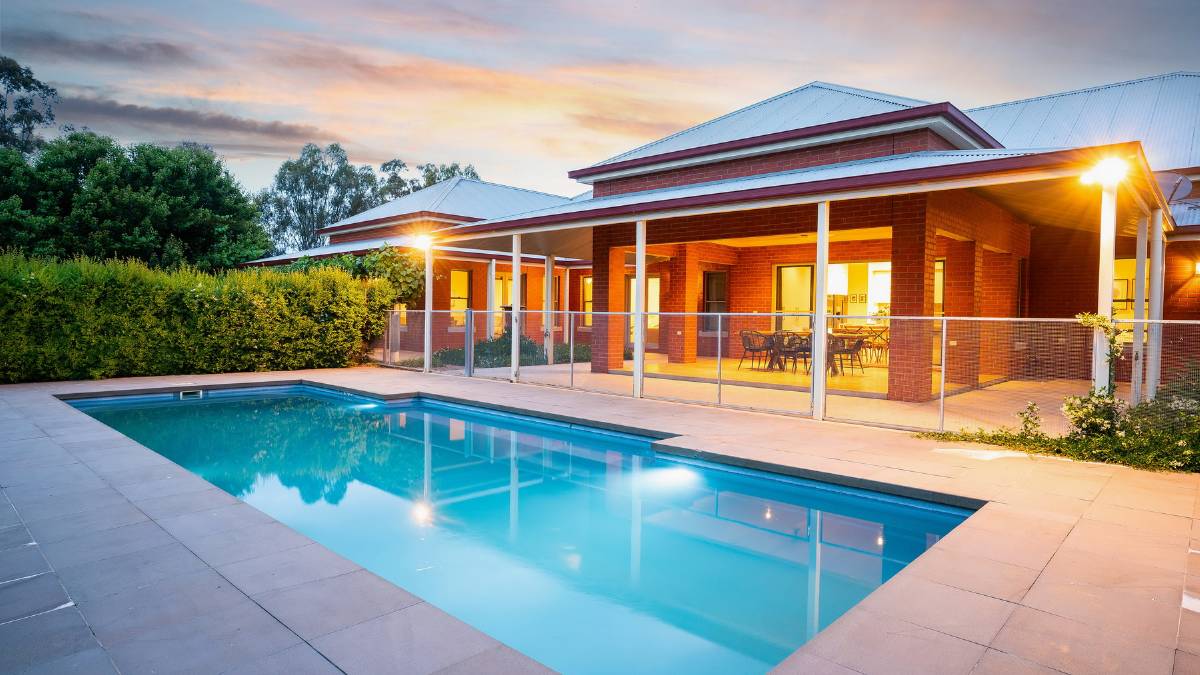 With an area under roof of 100 squares and room to run horses or a few cattle, Cleveland Park sits on "millionaires' row" near Benalla.

Built by the vendor, a leading local building and construction business owner, the home is positioned on 8.5 hectares (20 acres) of what Elders agent Michal Everard described as quality pastured land.

He said the Benalla to Tatong Road was known locally as "millionaires' row" because of its high-quality farming properties interspersed among outstanding homes on small acreages.

The owner has decided to sell after building a new home in the same area but on larger acreage.

With an asking sale price of more than $2.5 million, Cleveland Park is solid brick with four large bedrooms and potentially a fifth upstairs.

There are three bathrooms, including the master suite, and two further powder rooms.

An entertainer's kitchen with European appliances adjoins an alfresco living and dining area that can be opened up to the outdoors.

Mr Everard said it was a fantastic place to host gatherings and the indoor-outdoor living space also overlooked the in-ground and solar heated swimming pool screened by established hedging.

Upstairs, an extensive upstairs space with dormer windows is currently set up as a bedroom with adjoining toilet and shower that could suit a family elder or used as an office.

The home is approached along a long avenue of Manchurian Pear trees that the vendors established when they first purchased this block about 14 years ago.

Cleveland Park has a substantial steel-clad, six-bay workshop and garage to suit a tradesperson and business owner.

On its roof sits a 10 kilowatt solar panel system, which makes a home of this scale quite efficient to run.

There is also a separate barn-style building nearby with a stable, tack room, storage and a chicken coop.

It adjoins a pony paddock, one of four that make up the securely fenced balance of the holding.

One of these includes a majestic red gum tree thought to be 300 years old.

There is one large paddock dam and a pump equipped bore that backs up the substantial rain water harvest.

Mr Everard said as a builder's own family home, Cleveland Park matched the best design for family living with top-quality materials and services.

"At today's rates for building materials and labour, the replacement cost can be calculated as verging on unaffordable," he said.

"Cleveland Park has been a great living destination for the vendors and their three daughters and is only for sale as they are constructing another residential masterpiece in a nearby location.

"If you could transport this home and its surrounds to any other premium rural, bayside or lifestyle location, it would still rate as outstanding.

"I have no doubt that Cleveland Park can be regarded as one of the north east's top family homes and I expect it to be sought by buyers seeking a great lived environment within only minutes of central Benalla and the district access that the multi-lane Hume Highway offers."