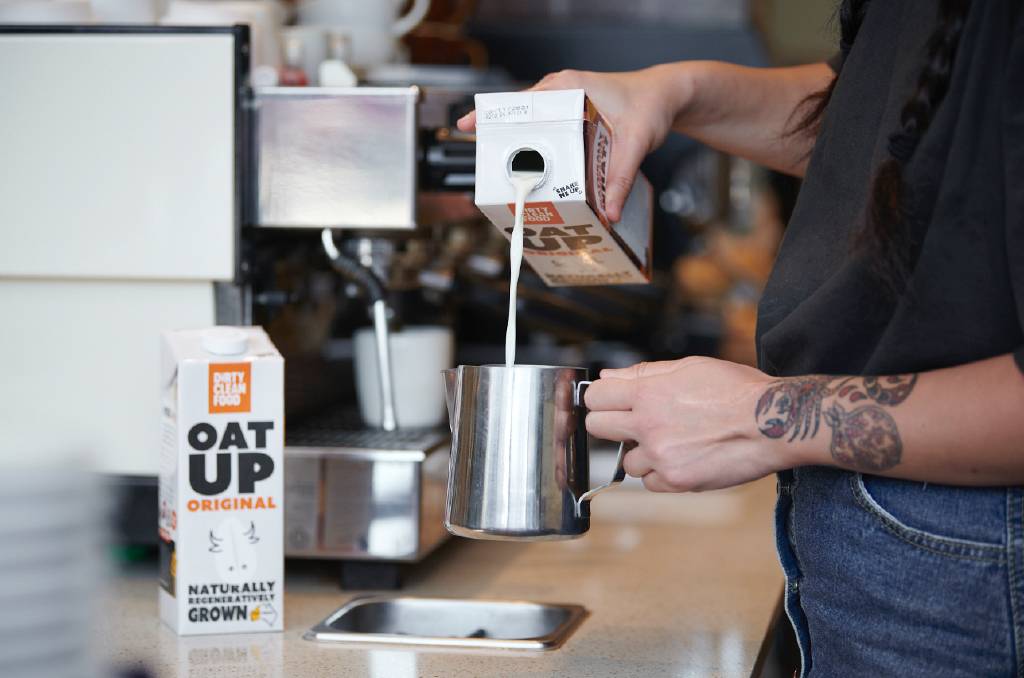 The agreement with Woolworths is expected to provide Dirty Clean Food with national distribution of its oat milk in about half of Woolworths stores in Australia, beginning with a store in Sydney in March.

AN agreement expected to generate sales of more than $750,000 per annum for Wide Open Agriculture's (WOA) Dirty Clean Food has been signed with Woolworths.

It is the largest distribution agreement to date for Dirty Clean Food, with the supermarket giant having agreed to carry the company's carbon-neutral, regenerative oat milk, OatUP.

WOA managing director Ben Cole said they were thrilled with the agreement.

"We were impressed by their knowledge of regenerative farming practices and their support of our initiative to produce carbon neutral oat milk made from regeneratively farmed oats, grown and rolled in Western Australia."

The agreement with Woolworths is expected to provide Dirty Clean Food with national distribution of its oat milk in about half of Woolworths stores in Australia, beginning with a store in Sydney in March.

It also includes the opportunity for Dirty Clean Food to market its brand and to communicate the regenerative farming practices used by its oat suppliers directly to Woolworths customers.

"Phase one of Dirty Clean Food's plan was to prove that customers will embrace the opportunity to purchase regenerative and truly ethically produced food," Mr Albany said.

"Having done that in Perth, we are now focused on extending our distribution and reach and our aim is to share the best of Western Australia's regeneratively farmed produce with the rest of Australia and the world."

OatUP is available in more than 350 outlets across Australia and its distribution is growing quickly.

"We are now on track for distribution in more than 1000 locations by the end of this fiscal year, which we see as an incredibly positive response for a new product launched less than 12 months ago," Mr Albany said.

Dirty Clean Food has also completed product development of an expanded line of one litre oat milk products, including chocolate, barista and coffee, with the new flavours expected to be available for purchase during the third fiscal quarter, 2022.