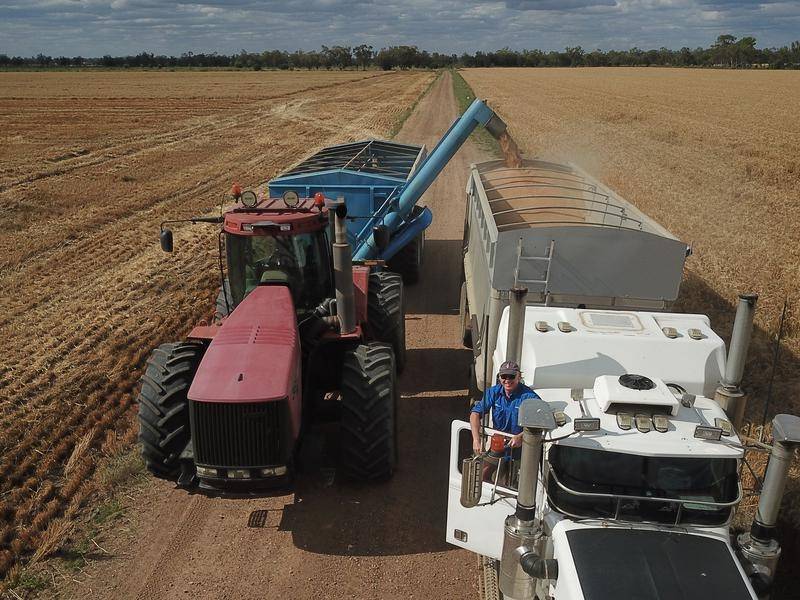 If forecasts are realised, Australia's agricultural production will reach a record $78 billion in 2021/22, with the most valuable winter crop ever expected worth $22.3 billion.

It's set to be a record breaking year for Australian farmers thanks to strong growing conditions and high global prices according to a report from the Australian Bureau of Agricultural and Resource Economics and Sciences (ABARES).

If forecasts are realised, Australia's agricultural production will reach a record $78 billion in 2021/22, with the most valuable winter crop ever expected worth $22.3 billion.

ABARES executive director Jared Greenville said the good results are expected to be enjoyed across livestock and cropping, with 30-year price highs being experienced.

"It would be the first time in at least half a century that production will increase for so many products at the same time," Dr Greenville.

The promising outlook for agriculture is partly driven by poor seasonal conditions felt by some of Australia's international competitors like the US, Ukraine, Kazakhstan, and Russia.

While analysts concluded that the winter crop will be only slightly larger than the previous record in 2016/17, prices are forecast to be 35 per cent higher.

The forecasts come despite losses and quality downgrades from recent flooding and inundation along the east coast.

Dr Greenville said while heavy rain in eastern Australia has led to harvest delays and some crop losses, it's unlikely to have a significant impact on Australia's national harvest tonnage.

"The larger impact will be on grain quality, with a higher than usual proportion of the crop being lower-value feed-grade wheat," he said.

The report found La Nina conditions will see above average rain continue to fall in eastern and northern Australia bringing with it good growing conditions in 2022.

While stored irrigation water is at its highest level since the 2017/18 peak.

But producers are expected to see global fertiliser prices continue to rise, partly because of restrictions on the amount of fertiliser being exported by China and Russia - the world's two largest producers.

Australia imports most of its fertiliser needs.

Dr Greenville said Australia's uplift in production value and volume is unprecedented, but it's unclear how long growers will experience these favourable conditions.

"There is uncertainty how long prices will remain at these levels - and supply chain disruptions, higher fertiliser prices and heavy rainfall domestically will continue to be watch points," he said.