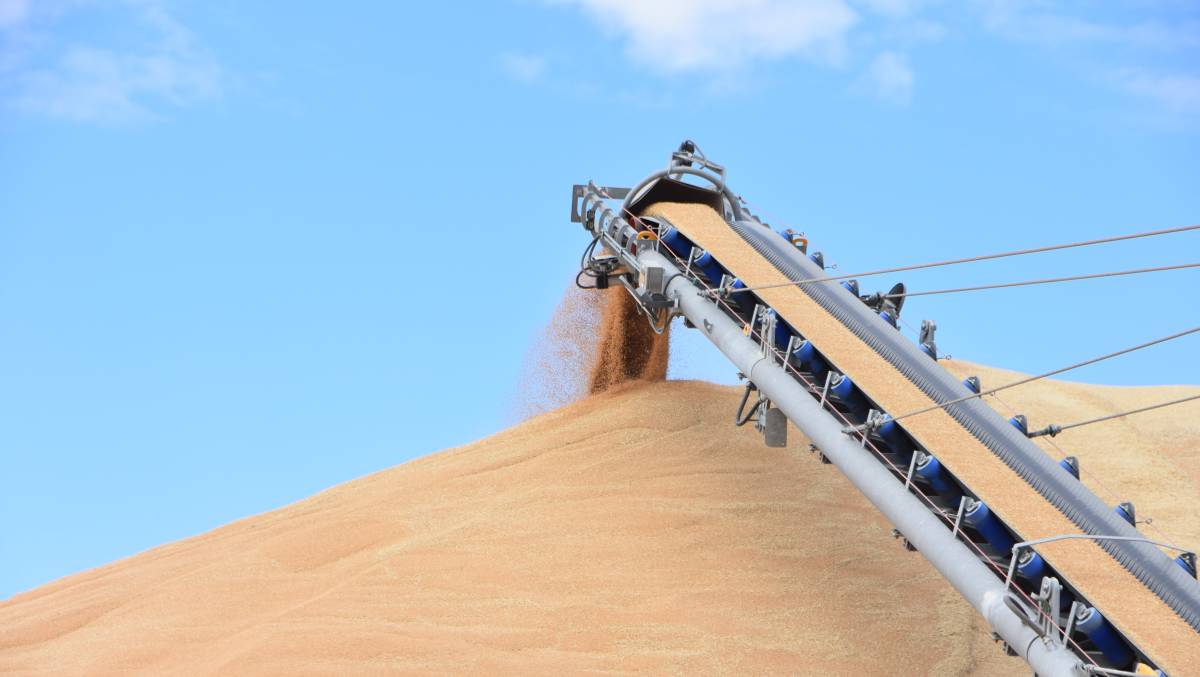 TALKING POINT: Grain producers and bulk handlers are at loggerheads over the best way to provide the industry with stocks information.

The long-running issue about what level of stocks information is required by the grains industry is once again in the headlines.

THE RECENT rain and associated downgrading of unharvested grain has reignited calls from the grain production sector for a more equitable system of stocks reporting.

"Everyone is trying to get a handle on how much grain is downgraded, but only the bulk handlers have access to that information at a meaningful level," Mr Weidemann said.

"We acknowledge their right for the bulk handlers to protect some of their information but equally we believe growers have a right to at least some level of information regarding crop quality," he said.

"The bulk handlers have said that not releasing information can help boost prices as the market looks to make sure it has supplies but I think all growers would rather have more transparency and negotiate a fair price rather than have the smoke and mirrors we currently see."

The major bulk handlers are standing firm in their stance that all segments of industry must release more data if they are to.

"As we've stated previously, GrainCorp is in support of stocks reporting if it is collated by an independent body and it encompasses all industry stocks," a GrainCorp spokesperson said.

"More than half of the east coast grain market is held on-farm, by stock feed companies, millers, processors and container packers," they said.

"If GrainCorp was to increase its level of stocks disclosure, it would only provide a partial picture of the market which would be inadequate and completely misleading."

However, Mr Weidemann said some information regarding crop quality was imperative.

"You just can't have most of the industry with no true indication of what the crop looks like," he said.

GPA chief executive Colin Bettles backed Mr Weidemann's comments and said the organisation was still battling to have the issue addressed by the Australian Competition and Consumer Commission.

"We're continuing our calls for government to get the ACCC to look at this," Mr Bettles said.

"It is difficult because the government wants evidence of a lack of transparency before it enlists the ACCC but without the power of compulsion a body like the ACCC has it can be hard to get that vital information from those holding it," Mr Bettles said.

"We'd urge anyone in the grains industry that is concerned about this or has any evidence of misuse of market power or a lack of transparency to get in touch with us."

The issues between growers and bulk handlers on stocks information has bubbled along virtually since the dismantling of the wheat export single desk, with growers unhappy about what they see as assymetrical market information favouring the marketing arms of the bulk handlers.

It has become a hot talking point at various times, such as the 2010-11 floods and then during the 2018-19 drought when eastern Australia was forced to import wheat.

Australia's stocks reporting system since deregulation has never been comprehensive like the US Department of Agriculture model.

Mr Weidemann said he understood a US-style system would be cost prohibitive but said a simple system with basic information on stocks released by major bulk handlers would be a major win for the industry.

"It would be a step closer to ensuring all people have the information to get a fair price, whether they are buying or selling grain," he said.

However, some independent analysts have previously questioned the value of information compiled without getting data regarding stocks stored on-farm.