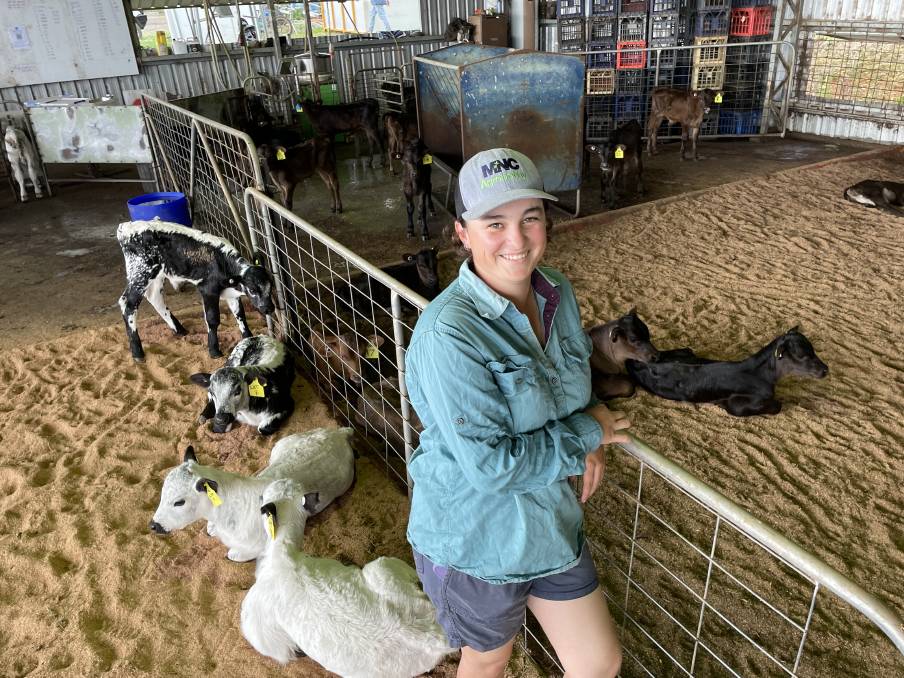 A partnership between a young beef breeder and an innovative dairy farmer is helping both producers win.

Milk producer Hannah Bake is in charge of poddies on her family farm and lately there are new recruits. These beef calves came from dairy cows, which acted as recipients in a deal that works cooperatively to benefit breeder and carer.

The Bake family, Bangalara Dairies at Crossmaglen via Boambee, NSW, in the Coffs Harbour hinterland, calves down half their cross-bred herd to beef in the spring, because beef does better in the heat of summer whereas their heifer calves, particularly those with Jersey blood, are born in autumn and have all winter on the North Coast to get into condition.

Just lately, an arrangement with Waratah Speckle Park stud at Guyra, NSW, is helping to rebuild a beef herd with 150 cows implanted.

In the wake of drought there was a downsizing from 250 Speckle Park stud cows to a fifth of that number and Waratah stud master Laiton Turnham said he was confident of a rebuild by supplying embryos to recipient commercial cows.

"Basically you begin by preparing for an AI program, but don't do AI. Seven days post cycling you put the embryo in."

Mr Turnham does most of the work himself, as taught by a vet, and he always has a qualified doctor of animal health helping on implant day.

"The vet flushes the cow and I look for the embryos under the microscope," he said.

"Together we get twice as much done."

Mr Turnham said he preferred working with the likes of the Bake family because the attention to care and detail is unparalleled.

"When you work with professional recipient herds you just don't get the same result," he said

"They tend to run so many cows and they're not being looked after to the same extent.

"You might have 800 cows and two people doing the job whereas on a dairy there are 300 cows and six people feeding them cows twice a day.

:The calves come back to us quiet, docile and used to humans. Temperament is a big thing."

At the dairy, calves get colostrum from their recipient mothers for the first 24 hours.

After that at the Bakes' farm they are placed in a shed and presented a balanced formula through a robotic poddy feeder, which reads the calf's National Livestock Identification Scheme (NLIS) tag and administers just the right amount, no matter how many time the calf presents.

Using the accumulated data the carer can also monitor abnormalities. 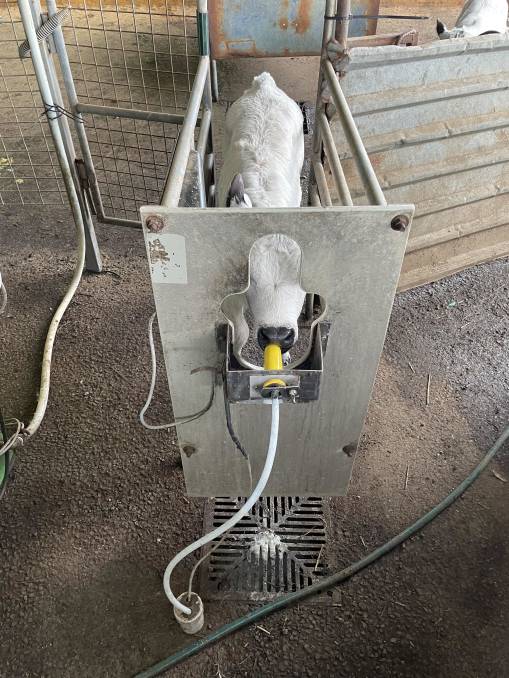 "It took us a long time to convince someone to give this a try," Mr Turnham said.

"The Bake family are willing to give something a go and they are keen to do it again We hope this is an ongoing thing."

While the breeding diversity is narrowed through embryo transfer, it also becomes more consistent, which is a buyer preference.

"When you look at the best cows in every stud they comprise two or three cow families and from these we always get our best bulls," said Mr Turnham. 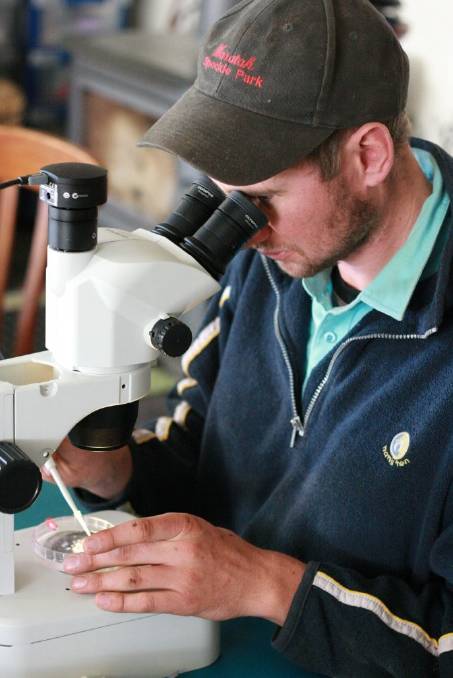 "Of 250 cows there might be 10 cow families and three of those produce 80pc of the best genetics.

"These cows produce consistent phenotype year after year. You can dial in the genetics as fast or as slow as you like."

Of course, the speed of progeny multiplication is a two-edged sword, with genetic gain taking place quickly.

"The flip side is that the program will multiply problems. You've got to watch your herd more closely. You have to be on your game," he said.

As part of Mr Turnham's follow-up work, all calves are DNA tested for potential issues, like double muscling, and at the end of the day he is happy with the consistency.

"I'd rather have 30 cows all identical and performing well than 30 unrelated cows performing differently.

"When it comes to embryo transfer, you flush a cow you might get eight to 10 calves a year compare to a cow that produced perhaps eight calves in her lifetime. It is amazing what we can do with artificial breeding."

The story Win-win for beef and dairy first appeared on The Land.