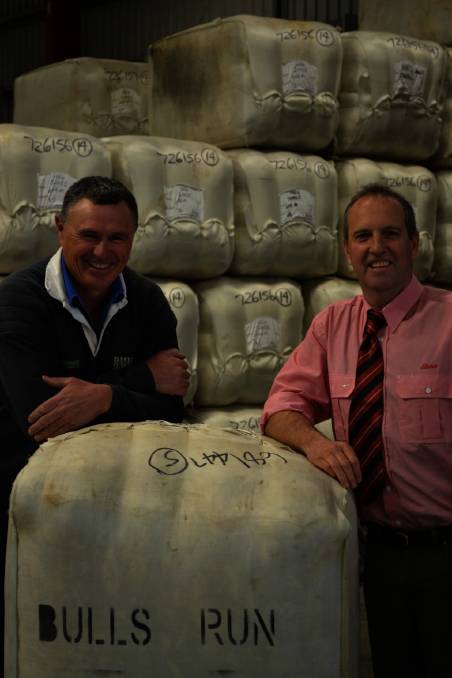 PARAWAY Pastoral Company has donated almost $9000 to the Royal Flying Doctor Service by pledging the profits of wool shorn from wethers and by sponsoring a leg of the Outback Air Race - a flight of more than 200,000 kilometres started in Esperance, Western Australia, on August 23.

The 20.1-micron fleece wool was extremely sound, testing 52 Newton-kilotex, and was shorn from wethers involved in the Paraway wether trial, which is being undertaken on "The Bulls Run", near Wagga Wagga, to benchmark the genetic progress of flocks run across eight Paraway properties.

The wethers involved in the trial were Pooginook-blood.

Elders Wool has thrown its support behind the cause by donating all costs associated with the marketing and preparation of the wool for sale.

"The Bulls Run" manager Scott Hughes said he was excited the proceeds of the sale went to a service that rural communities relied on.

"Many of our stations across NSW, Queensland and the Northern Territory are in remote areas and are isolated from medical services, so we're very aware of how invaluable the Flying Doctor Service is."

The race is set to finish today (Friday).

"Passing on the proceeds of the wool seemed fitting given how closely the service worked with farmers and those living on properties in regional Australia every day; we just wanted to show our appreciation for them and the work they do."

The Riverina is well represented in this year's Outback Air Race with Wagga's Jane Crichton and Cootamundra's Phil Hines taking part, along with Illabo's Fiona and Andrew Hamilton.