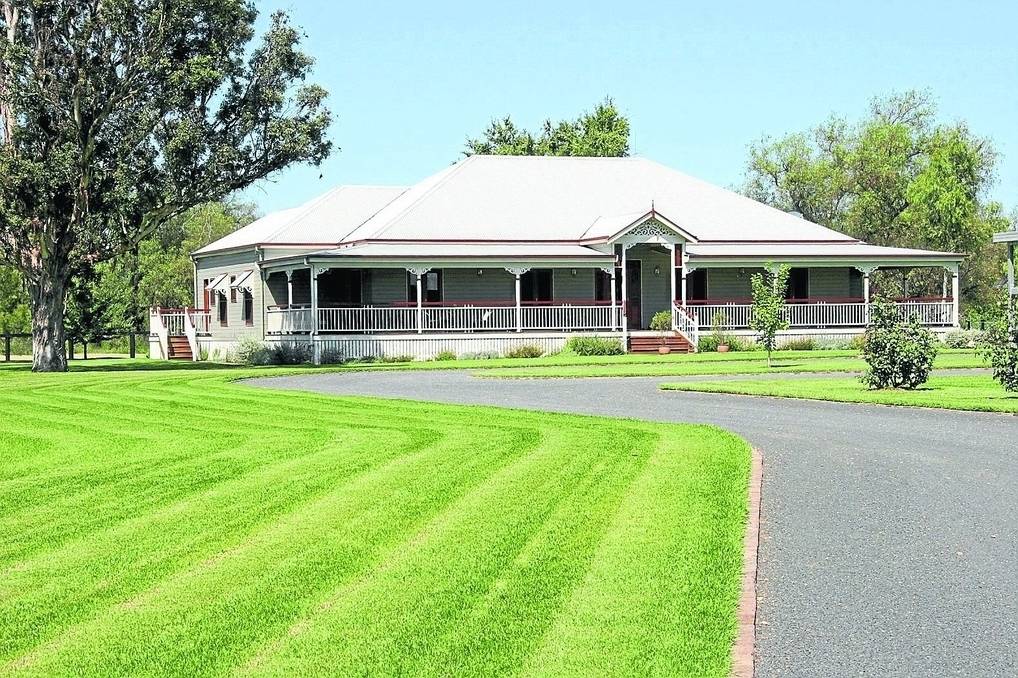 The five bedroom homestead on "Goanna Downs" at Scone was constructed in 2006.

AFTER moving to the Hunter Valley from Queensland a decade ago, Ross Dillon and his wife Pav intended to transition to retirement on "Goanna Downs", their new Scone property of just under 40 hectares (98 acres).

AFTER moving to the Hunter Valley from Queensland a decade ago, Ross Dillon and his wife Pav intended to transition to retirement on "Goanna Downs", their new Scone property of just under 40 hectares (98 acres).

"We had originally planned to retire here, but after 18 months we decided that was too boring, so we set up a small broodmare farm on the property," Mr Dillon said.

"Goanna Downs" has benefited well from this decision.

As part of the establishment of the enterprise, about 13 kilometres of new fencing was added, along with new horse shelters in 11 paddocks, floodlights for the foaling paddocks, and new crushes.

The Dillons would have owned the property for 10 years in May.

Mr Dillon said that in the opinion of many who see it, the property is considered to be one of the best small broodmare farms in the area.

Prior to the Dillons' ownership "Goanna Downs" had been held by the Griffith family, who had used it to train horses.

Before that it was a dairy farm.

The old house on the property was torn down and was replaced by a new home with no expense spared.

"We wanted a home that would fit into the landscape, and so we decided on a large, low-set Queenslander."

The five-bedroom house was built in 2006 with premium ironbark timber floors and quality fittings.

The alluvial and basalt soils on the property had been tested by agronomist Ross Watson, and about 26ha (65ac) of the property has been pasture improved with multiple grasses including rye, kikuyu and fescues.

Mr Dillon said they were selling to relocate to Melbourne to be closer to family.

It is scheduled for auction on April 23 with price expectations in the range of $2.2 to $2.4 million.

Located only two kilometres from Scone, the property is suited to carry between 40 to 60 horses.

It has a total of 14 main paddocks, as well as the five foaling paddocks.

Irrigation comes in the form of a 245-megalitre irrigation licence from the Kingdon Ponds aquifer, while the underground irrigation mains were renewed in 2009.

Average annual rainfall on the property is 653 millimetres.

The first barn has day yards and 10 boxes, the second has seven stables and a mare and foal crush and the third has two boxes and a tack room.

There is also a vet area with six holding yards.