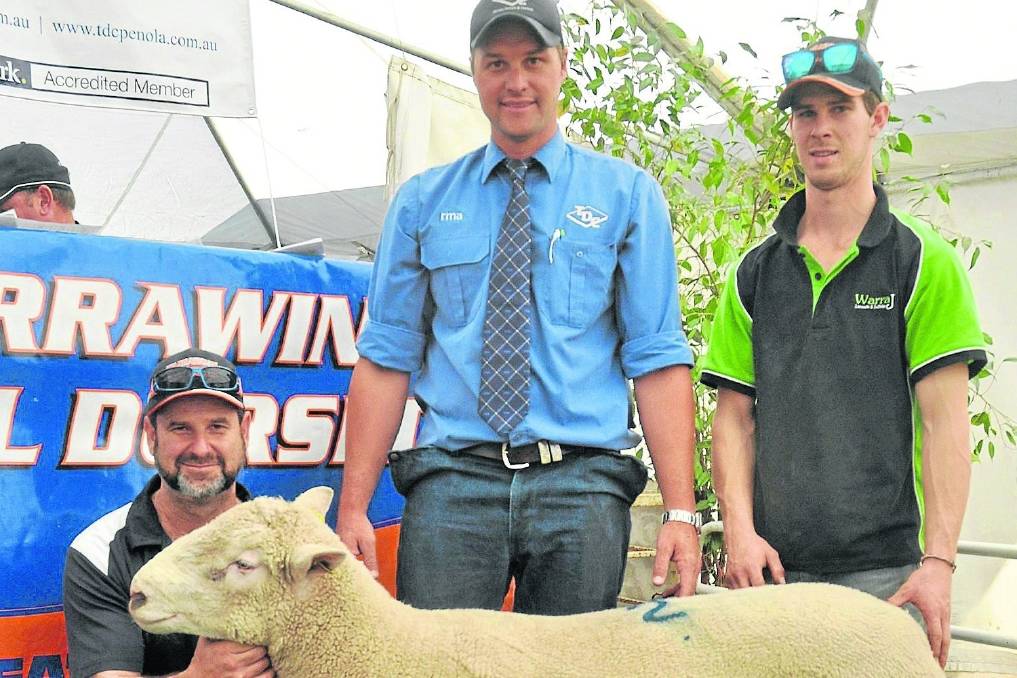 A LOYAL following of South East and western Vic clients ensured Warrawindi Poll Dorset stud at Penola had plenty to celebrate at its 10th annual on-property sale on October 17.

A LOYAL following of South East and western Vic clients ensured Warrawindi Poll Dorset stud at Penola had plenty to celebrate at its 10th annual on-property sale on October 17, where it offered – and sold – its largest number of rams, with 92 per cent clearance.

Bidding was sustained throughout the catalogue as return buyers raised their hands high for the excellent-quality rams offered by David and Alison Galpin and family.

The 10 specially selected Poll Dorset rams were first through the ring, averaging $1300 and including the $1700 sale topper.

This ram was the heaviest in the catalogue at 142 kilograms.