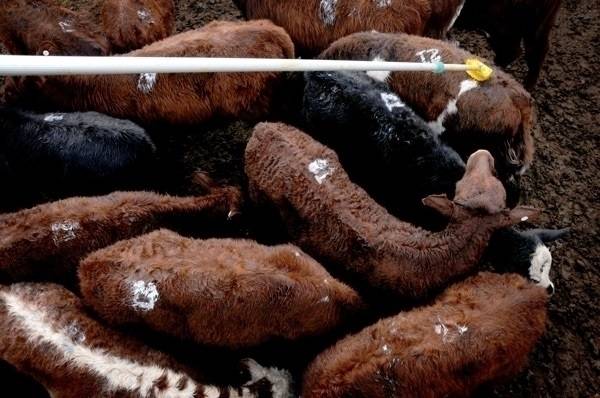 BEFORE Sam Burton Taylor can get his beef into a box for shipment to China, his cattle have to travel more than 1000km to an abattoir.

BEFORE cattle producer and butcher Sam Burton Taylor can get his beef into a box for shipment to China, his cattle have to travel more than 1000 kilometres to an abattoir.

The Northern Co-operative Meat Company works at Casino, in northern NSW, where Boorowa-based Mr Burton Taylor directs his stock, isn’t the nearest abattoir by a long shot, but it’s the nearest that has an export licence not locked into the service of its foreign owner.

Therein lies one of the problems that has ground down beef production to an “impoverished industry”, said Sam’s father, Nick Burton Taylor.

The other side of the squeeze on producers is the supermarket duopoly, which now buys 60-65 per cent of the beef directed to the domestic market.

Between the duopoly’s hold on the domestic market, and foreign ownership’s hold on the export market, Mr Burton Taylor senior sees a wall of concentrated market power sitting between beef producers and the prices and price signals they should be receiving.

Pressure at a crescendo

Mr Burton Taylor is a former chairman of AACo, has been a director of GrainCorp, CSR and Sydney Airports Corporation, and owns extensive pastoral holdings in NSW and Queensland. He was given an Order of Australia for services to business through the accountancy profession and to the rural community.

“There’s a natural conflict there, and there are good examples of how that conflict has not served the Australian beef industry well, particularly during the live export ban,” he said.

“The solution isn’t restricting foreign ownership. It’s about the ability to access international markets in ways that provide a mechanism for international beef prices being priced into the Australian system.”

As producers try to innovate out of the cost-price squeeze by developing brands, other conflicts have appeared.

“There is minuscule opportunity for an independent operator to gain processing space to export Tier 1 to China and the full range of Asian destinations,” Mr Burton Taylor said.

A narrow definition of the market

When Sam Burton Taylor launched his business selling beef direct to China, he couldn’t find slaughter access for independent operators any closer than Casino, a 10-12 hour drive by truck.

“It gives you some sense of the blockage that’s happening,” Mr Burton Taylor said.

“The determination by the ACCC that there was no competitive disadvantage arising from the JBS takeover of Primo - that must be a very narrow definition of the market.

“It may be true of the domestic market, but for the export market it adds another black box, like Teys and Cargills, which does not allow access to independent export operators.”

In “the old days”, Mr Burton Taylor said, industry fixed such problems with regulation by putting in a marketing board and giving it compulsory rights of acquisition.

“Those days, thank god, are now gone. But we’ve got to go back as an industry to empower the group of people who want to export directly.”

Mr Burton Taylor thinks there is opportunity for producers and investors to collaborate on new, highly efficient service works built on the co-operative model used at Casino.

The efficiencies coming onstream in abattoir technology mean that a small southern works might be constructed for half the price of AACo’s $93 million operation near Darwin, Mr Burton Taylor muses. There are extensive tax advantages in the co-operative business structure, and a potential pool of investment money available from China.

“That’s where it’s needed. We don’t really need the investment in land, although it’s fine, it keeps things moving. But we really need access to China, and Asian ports.”

The whole dynamic of the beef industry needs to be recalibrated, in Mr Burton Taylor’s view.

Processor “gouging” over the past two years of drought-induced turnoff was one side of the coin, “but what happens now? We, the production sector, turn around with supply and beat them, the processing sector, around the head”.

“It’s got to be the most short-sighted industry known to man. Everyone else has worked out their supply lines: we have this archaic adversarial structure.”