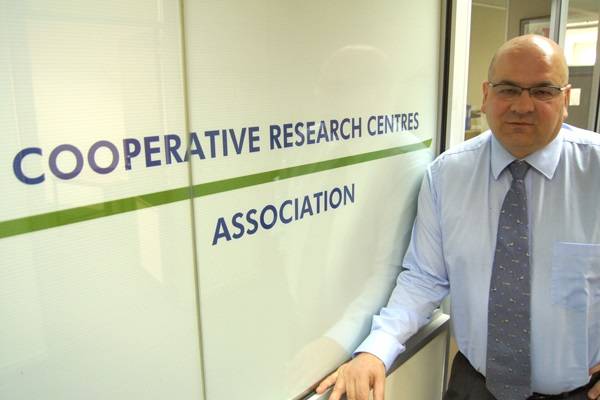 “I'm happy for the study to speak for itself": Professor Tony Peacock.

“It is a very limited study, quite poorly designed and stands next to literally hundreds of other studies that don't support the conclusions,” he said.

He also said if the GM research was funded for political purposes by the former Western Australian ALP government - which provided $92,000 for the study outside of recommended funding protocols - “that's the result they got”.

“Politicians funding research... has to be done through proper channels like asking the Office of the Chief Scientist to administer it," Prof Peacock said.

“And it needs to be done properly - $92,000 is simply not enough to conduct a decent series of pig trials and therefore was never going to resolve the issue."

Under former Agriculture Minister Kim Chance, the WA Labor government awarded the funding to Dr Judy Carman’s Adelaide-based Institute of Health and Environment in 2007 after funding approval was granted in 2005.

The study - conducted in the US on pigs fed several varieties of GM corn and GM RoundUp Ready soybean - was published this month in the Journal of Organic Systems.

Its key findings claim the median uterus weight of the GM-fed pigs as a proportion of body weight was 25 per cent higher than pigs fed non-GM feed.

The national food safety regulator Food Standards Australia New Zealand has said it will now “carefully examine” the long-awaited study and publish a response in due course.

But Prof Peacock - a former managing director and research manager of the Pig R&D Corporation - says the research is “rubbish” due to poor design and methodology and biased statistical analysis.

He said the the study’s sample size comprised just one GM diet and one non-GM diet, but an experiment of this type couldn’t be effective with just a single sample size.

He said toxicology studies would normally have a number of doses of the so-called toxic to determine if it was actually the factor causing any results.

“The obvious thing to do would be to have graded GM diets of, say 25pc, 50pc and 75pc to see if there was a graded response in the pigs,” he said.

Professor Peacock said the differences between the study’s diet treatments were so small it left him unconvinced that they represented any actual changes.

He said dozens of different measurements were made between the two sample groups and two claimed to show differences: uterus size and the incidence of stomach ulcers.

But having examined thousands of uteri early in his career, “I know it is a highly variable organ based on hormonal status of the gilt (a female pig that has never been pregnant)”.

“Given the uterine weights are from pigs at around the age of reaching puberty, which dramatically affects the weight of a gilt's uterus, I would not put much store on this result - the authors should have removed puberty as a factor in the experiment,” he said.

“They are at pains to point out they corrected for a variety of factors - but not the most obvious one.”

In another alarming reading of the study, Prof Peacock said 69 of the non-GM pigs in the study exhibited some form of stomach ulcer - compared with 64 of the GM pigs.

“That's right, more pigs fed non-GM had stomach ulcers of some type than did pigs fed the GM diet: a completely opposite result to the headlines,” he said.

“Does this mean we should conclude that GM diets actually lower the incidence of stomach ulcers in pigs?

“No. It just means that if you break things down into enough categories, you can find results that come up as statistically significant at the 5pc level.”

Prof Peacock said it was okay for people to have concerns about certain technologies, such as GMs and particular methods of farming or even vaccines - but the role of politicians should be to establish regulatory systems that ensure proper scrutiny takes place.

In the case of GM, he said that scrutiny was performed by the Office of the Gene Technology Regulator (OGTR) which took almost a decade of discussion to set up.

Prof Peacock said the OGTR has now operated very successfully for more than a decade. And if politicians were not satisfied with the GM referee, “they should address that issue - not choose to go around it or undermine it”.

Prof Peacock said other experts in the scientific community that he’s spoken to about the GM pig feeding study “think it is rubbish”.

“If there was a genuine adverse finding on GM, any scientist I know would go all out to get it published in (journals) Science or Nature,” he said.

“I don't think people regard the work as having shown an actual result.”

"I think there should be proper reporting in context," he said.

“I'm happy for the study to speak for itself.”