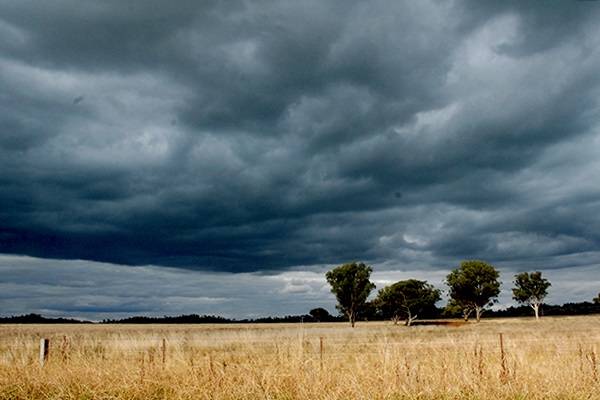 THE notion of an "autumn break" to southern Australia's cropping program might be being literally pushed out to sea by global warming.

THE notion of an "autumn break" to southern Australia's cropping program might be being literally pushed out to sea by global warming.

The scientists are studying the Southern Annular Mode (SAM), the phenomenon that brings weather fronts tracking across southern Australia during the cooler months, but takes them south, out to sea, in summer.

Dr Cai has earlier observed that the track of weather fronts influenced by SAM appears to be moving south as the planet warms. The work of Mr Wang, a PhD student, has boosted confidence that this is the case.

The scientists say SAM's position is determined in a tug-of-war between El Nino and climate change - and to the detriment of farmers and rainfall in general across southern Australia, climate change appears to be winning.

Although many factors in atmosphere and ocean are at work, the most conspicuous effect is that tropical climate zones are expanding under climate change.

For Australia, the southward push of tropical zones displaces other weather patterns, including those associated with SAM.

SAM still works to bring the track of these fronts north in cooler months, but they are tending to cross land later in the year, depriving farmers of autumn rain.

A high percentage of adverse seasons in southern Australia has contributed to a stagnation of crop yield growth over the past decade.

As the Coalition revives an old dream of nation-building governments, agriculture in the north, climate researchers are trying to assess what global warming might bring to the tropics.

The Bureau of Meterology's Aurel Moise reported that climate models are struggling to forecast changes in the tropics because of the complexity of the interchanges between atmosphere and ocean.

Research so far suggests that changes in the tropics under climate change might be of lesser magnitude than in the Murray-Darling Basin, Dr Moise said, but with the potential for individual events to be more powerful.

Updated modelling of Australia's future climate, including more focused regional predictions, is due early in 2014.