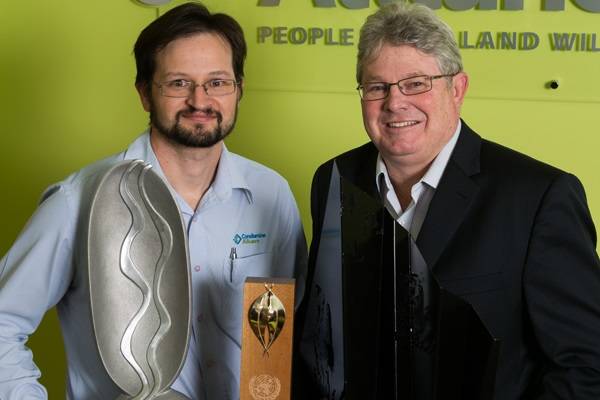 FOCUS, and then more focus - that's the key to one of the country's most awarded natural resource management organisations, the Condamine Alliance.

FOCUS, and then more focus - that's the key to one of the country's most awarded natural resource management organisations, the Condamine Alliance.

The Alliance last week carried off the 2013 United Nations Association of Australia World Environment Day Award for Biodiversity, which comes on the heels of the 2012 Australian Riverprize and 2012 Banksia Award for Water late last year.

The Alliance's goal is to restore the Queensland river system’s health and increase native fish populations to 60 per cent of pre-European settlement levels by 2050.

Chief executive Phil McCullough thinks the organisation and its partners are already halfway there along 500km of the river, and he speculates that it might be possible to get most of the way to the Alliance's goal within another decade.

This sort of progress is a dream for many NRM organisations. So what's the Alliance's secret sauce?

First, Mr McCullough said, it has to be acknowledged that no NRM organisation can do it all.

"We picked six focus areas across the catchment, and then we went on to focus on areas within those focus areas," Mr McCullough said.

"When you focus in on an area so that you get some results in small ways, that's when you start to get traction. You can then start to build on those successes and turn them into big strategic things.

"It's about what you can fix today that will have a benefit tomorrow."

Focus also means ignoring some pressing issues in favour of the task at hand.

"Concerns about gas and mining could easily take over what we're doing, but in the end you have to focus on what you want to do. In our case, that's bringing this magnificent river back to some degree of health."

Getting the whole community engaged with the process is one of the biggest challenges for the Alliance, as for any NRM group, and one of the areas where it is most necessary to succeed.

Rather than "forcing the journey on people", Condamine Alliance "allows them to be involved".

"Farmers live in communities," Mr McCullogh said, "and the last thing we want is to have them ostracised from their communities because they have been tagged as environmentalists or greenies when the mainstream in their communities is talking about loss of productivity.

"The last thing we do is go out and tell them that we have a solution. That's where you need good officers to go out and have a conversation. They need to understand what farmers are going through - the person needs to appreciate how these projects are going to affect the farmers' own time and effort."

The Alliance also talks to that overlooked farm demographic, children, who take their own perspectives home to their parents.

Once farmers have started on some small projects, Mr McCullough said their momentum tends to carry them into bigger endeavours.

"You've got to really find out what makes your community hum, and get it humming. Once you've identified that, you can keep it going. You can't exactly retrofit what we've done here to other communities."

Condamine Alliance doesn't do things on its own, either. It's part of a network of people and organisations, who collectively help keep the funding coming in.

"It's not all peaches and cream most of the time. There's a lot of effort that goes into making change occur."

The Alliance learned early on that while success is sweet, it's not always a good idea to talk about it.

"A few years ago we were so excited about bringing some of these big cod back that we advertised the fact," Mr McCullogh said.

"The Fisheries guys later pulled out a whole heap of nets from that stretch. You have to be careful about what you do."