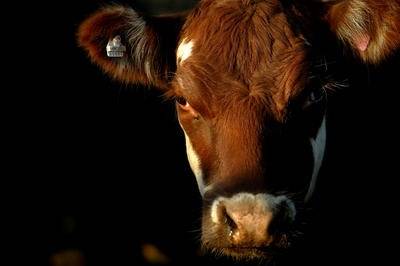 BREEDING better livestock is always a balance between joining the best male with the best female, while avoiding inbreeding. The release of a revised version of MateSel aims to resolve this challenge for beef cattle breeders.

BREEDING better livestock is always a balance between joining the best male with the best female, while avoiding inbreeding. The release of a revised version of MateSel aims to resolve this challenge for beef cattle breeders.

As announced at Beef 2012, MateSel gives any breeder who uses BREEDPLAN the ability to aim for the maximum genetic gain in selected traits, but avoid the costly mistake of inbreeding.

As MLA's Rob Banks explained in Rockhampton, MateSel takes the work out of crunching BREEDPLAN figures when determining which bull should go with which cow.

Providing they use BREEDPLAN, the breeder using MateSel only needs to define a set of cows to be joined, and a set of bulls - whether they are to be paddock-joined or via artificial insemination.

BREEDPLAN information about these two sets of animals is dumped into MateSel, and the breeder dials in how much they want to push genetic gain without running into inbreeding issues.

MateSel provides its breeding advice in the clearest possible terms: which bull should go with which cow to "give you the best possible combination of those joinings in terms of genetic progress versus inbreeding".

Or, Dr Banks added, it can be seen as "the balance between speed and safety".

MateSel was developed by University of New England geneticist Brian Kinghorn about a decade ago, and sophisticated versions have been in use ever since.

Dr Banks said PIC, the biggest pig breeding company in the world, has been using a version that has significantly sped up genetic gain in its breeding programs.

"That's almost shocking, because pig breeding companies were already doing a pretty good job of genetic gain, but with this technology they have increased gain by 30-40 per cent," Dr Banks said.

In Australia, some early-adopter sheep and cattle breeders have been using MateSel as part of the TGRM package.

Two versions are being made available.

A simplified version, accessible to breeders, will be made available through the cattle breed societies. This version will be restricted to working with three traits, and will have a limited number of output scenarios.

A full-blown "consultant" edition will be capable of working with all recorded traits, and have a wide range of interactive customisations.