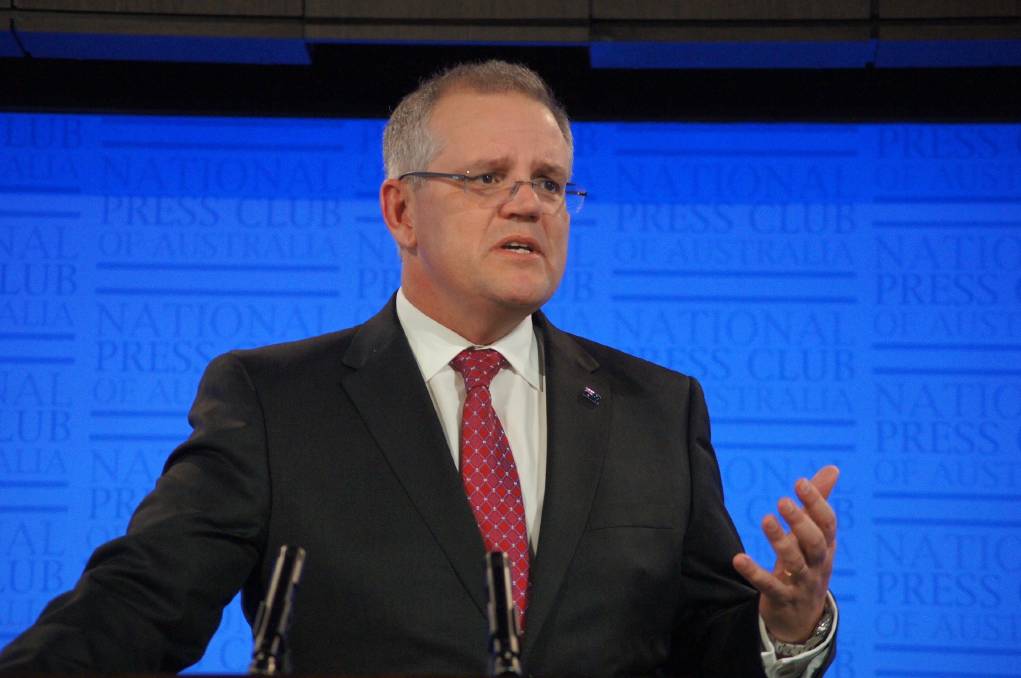 “Consistent with the recommendation from the Foreign Investment Review Board (FIRB), I have decided to approve the foreign investment application of Moon Lake Investments to acquire the land and assets of the Tasmanian Land Company (TLC), including VDL, from the New Plymouth District Council (NPDC),” he said.

The move thwarts last minute efforts - including by Tasmanian MP Andrew Wilkie - to find an Australian owner for VDL and block the $280 million Chinese investment bid, despite NPDC being a New Zealand based company.

Mr Morrison’s statement today said VDL was currently a foreign owned company that had always been owned by foreign residents.

“In forming my view I have carefully considered the national interest test and how it applies to this case, including the likely impact on local jobs and increased investment to support economic growth,” he said.

“In particular, the national interest test requires consideration of the impact on taxation revenue.”

He said the company must advise the Australian Taxation Office (ATO) if it enters into any transactions with non-residents, potentially triggering transfer pricing or anti-avoidance rules.

“A breach of these conditions could result in prosecution, fines and potentially divestment of the asset,” he said.

Mr Morrison said the national interest test considered other factors including; national security; the impact on competition; the investor’s character; and economy and community impacts.

He said under the approval, Moon Lake had guaranteed all current VDL employees would be offered ongoing employment with the company on terms no less favourable than their current employment arrangements.

The company has also committed to undertake a number of investment projects in the VDL farms, to provide additional economic activity to the Tasmanian economy; estimated to nearly double employment at the company, he said.

“This will guarantee more than 140 local jobs, generate an intended additional investment of over $100 million and an expected additional 95 jobs,” he said.

“Moon Lake has advised that it intends to continue to supply the milk produced at VDL under the same contractual terms are currently in place.

“This provides assurance that there will not be an impact on the supply of milk and milk products in Australia.

“Indeed, the investment that Moon Lake proposes to undertake may result in an increased supply.”

Mr Morrison said Moon Lake had also committed to honour the terms of all environmental and cultural agreements entered into by VDL, including with the local Aboriginal community.

“Given these considerations, I am satisfied that the Moon Lake proposal to purchase TLC is not contrary to the national interest,” he said.

“Australia continues to welcome and support foreign investment that is not contrary to our national interests.

“Finalisation of this proposed acquisition is now a commercial matter for the vendors and Moon Lake Investments.

“I note that the parties have a binding contract to complete the sale that was subject only to FIRB approval and both parties have indicated that they intend to move quickly to completion.”

Mr Wilkie saidwith the government was talking about back-flipping and allowing the sale of the Kidman & Co cattle empire to another foreign interest, the VDL decision “confirms the government either doesn’t understand or doesn’t care about the importance of Australian ownership of strategic assets”.

“Shipping out bulk low value commodities, whether it be milk or woodchips, isn’t the answer to Tasmania’s economic challenges,” he said.

“If you want to add value and grow the economy, then a prestigious place of origin VDL food brand, especially one with associated tourism components, would have been a much better option.”

He said an offer was originally accepted by a majority Australian group of investors but the NZ owners decided to drop it and go with a larger one, from a Chinese enterprise.

“I have no objection to foreigners owning farms a house or whatever but surely we’ve got to draw the line somewhere,” he said in regards to Australian companies or the government retaining ownership of key strategic assets.

But Tasmanian Liberal Senator Eric Abetz said the Treasurer’s approval conditions were welcomed and would see continued investment, more jobs and sent a strong signal that Tasmania was “open for business”.

Tasmanian Liberal MP Brett Whiteley said Tasmanians would “breathe a sigh of relief” that VDL would not fall into the hands of rival bidder Jan Cameron.

Mr Whiteley said he looked forward to the day that VDL was in Australian hands but that ideal should not take precedence over acting in the best interest of the local economy and community.

“This decision will disappoint some but it will ensure VDL expands and will create more local employment,” he said.