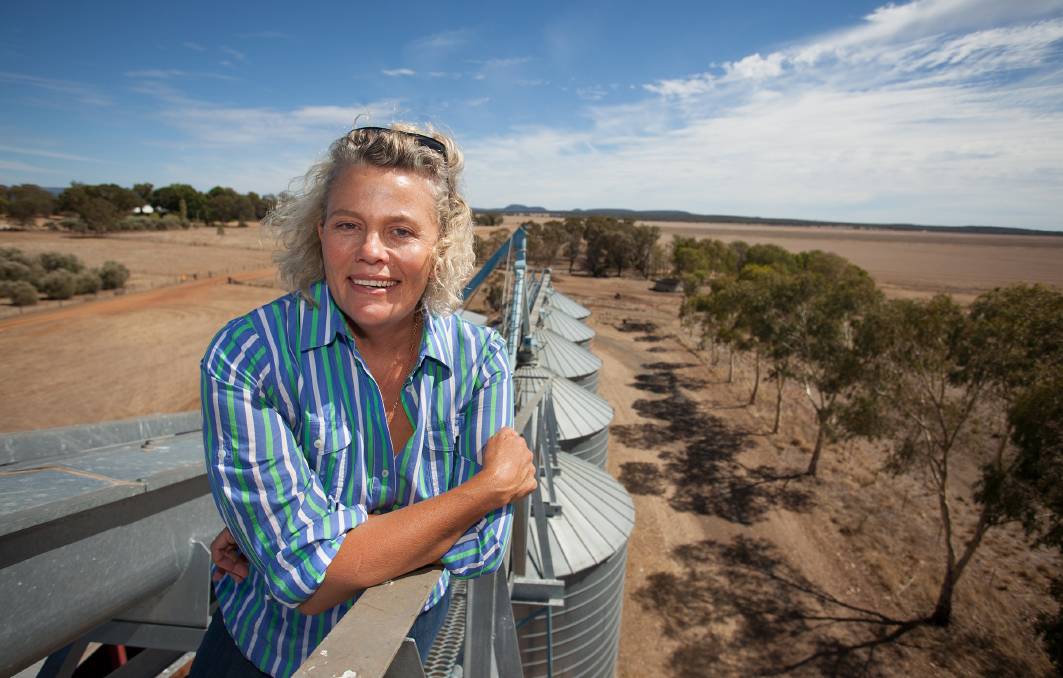 ​FIONA Simson’s ascent to the National Farmers’ Federation presidency has coincided with a powerful shift in climate change policy that she says represents “significant modernisation” of the peak farm lobby group’s thinking on the hot topic.

FIONA Simson’s ascent to the National Farmers’ Federation presidency has coincided with a powerful shift in climate change policy that she says represents “significant modernisation” of the peak farm lobby group’s thinking on the hot topic.

Previously, the NFF’s policy questioned the legitimacy of climate change and its scientific basis which was viewed as a regressive social and political stance.

But last week the peak body’s members’ council approved a policy update that now offers an important statement of acknowledgement on the vexed political topic by the farm sector.

It says the NFF recognises that climate change poses a significant challenge for Australian farmers but there’s also great opportunity for the agriculture sector to contribute to national emissions reduction goals.

Ms Simson said there was little debate at last week’s meeting on the policy shift, with members viewing the move as being “pretty straight forward”.

She said the NFF’s Natural Resource Management Committee did its home work to help provide back ground discussion on the policy debate which was then put to members’ council and they “very much acknowledged that this was the modern view of the NFF”.

“The NFF is recognising climate change and the challenge it poses to farmers and we also recognise that we’re at the forefront of dealing with it,” she said.

“That’s policy that we haven’t had before and in the past our policy has questioned the science of climate change and those sorts of things.

“But this is now putting climate change on the map, saying that we understand climate change is a real challenge and that we need to work proactively around dealing with it and farmers can play a huge role in that.

“I think it captures the current thinking of the NFF and shows that we have progressed significantly in our thinking about climate change.”

Ms Simson said that new thinking on climate change and policy position would now be included in the NFF’s policy conversations and related political discussions or public debates.

“It will enable us to go into the room in Canberra, with a view about how best we can tackle climate change,” she said.

“I think it’s important that we modernise our policy and rather than perhaps being a significant change it’s a significant modernisation of our thinking and a reflection of that shift, in our policy.”

Agriculture and Water Resources Minister Barnaby Joyce said the NFF was its own independent body but he welcomed the shift in policy position, on climate change.

He said both he and the NFF would be working to make sure they looked after the agriculture sector to ensure it doesn’t become “the whipping boy of other policies” that lump added costs onto farmers, to try and tackle climate change.

“Everybody else seems very eager to say, ‘we’ve got a problem with climate change and the way that we’ll deal with it is to put a caveat on people in the country’,” he said.

“But you can’t say that you’re going to fix the problem that you’re ventilating, with my private asset.

“If you truly accept responsibility you need to show your acceptance by paying for it out of your own wallet, not somebody else’s.”

The policy shift also coincided with Farmers for Climate Action joining the NFF as an associate member where they are not permitted to vote at meetings but can sit at the table and be part of committees.

Ms Simson said she welcomed the group‘s members into the NFF’s national policy discussions which aimed to be inclusive.

She said the merits of the single interest group were debated after they formally applied to become NFF members and the board then made a final decision to allow membership.

“We’d much rather have the conversation around the farmers’ tables than out in the community,” she said.

Peter Holding, a member of Farmers for Climate Action and mixed crop and sheep farmer from Harden in NSW, said his group’s membership of the NFF was “really exciting” along with the recent shift in policy.

Mr Holding said the NFF had been “sitting on the fence for 10 years” on climate change and denying its existence but were now showing the type of leadership needed to address core policy concerns and be proactive.

“The NFF have decided to change their policy to accepting that climate change will cause significant damage to farmers and rural Australia and that’s very encouraging,” he said.

“It’s the sort of leadership we need to put the proper messaging out there about what‘s happening so farmers can make the right financial decisions about what the future might hold for them.”

Mr Holding said his group’s survey on climate change attitudes, of more than 1300 farmers released this week, showed that whether they believed in climate change or not, they accepted and acknowledged that “things” were happening on their farms and wanted something done about it.

The NFF recognises that climate change poses a significant challenge for Australian farmers.

As a nation, we must act to ensure that our economy is well placed to cost efficiently reduce our national greenhouse gas emissions profile.

Australian agriculture has always operated in a varied and challenging climate.

The continued success of the Australian agriculture sector will depend on our ability to build on this foundation, and continue to innovate and adapt to best manage future climatic risks and to reduce the emissions intensity of our production systems.

There is great opportunity for Australian agriculture to contribute to our national emissions reduction goals.

This opportunity requires innovation to reduce the emissions intensity and to enable farmers to efficiently participate in carbon markets.

It is critical that the suite of government policies that seek to address the challenge of climate change are fully examined, to ensure that the policy levers of government work cohesively to achieve our national objectives, while minimising the risk of unintended or perverse outcomes.