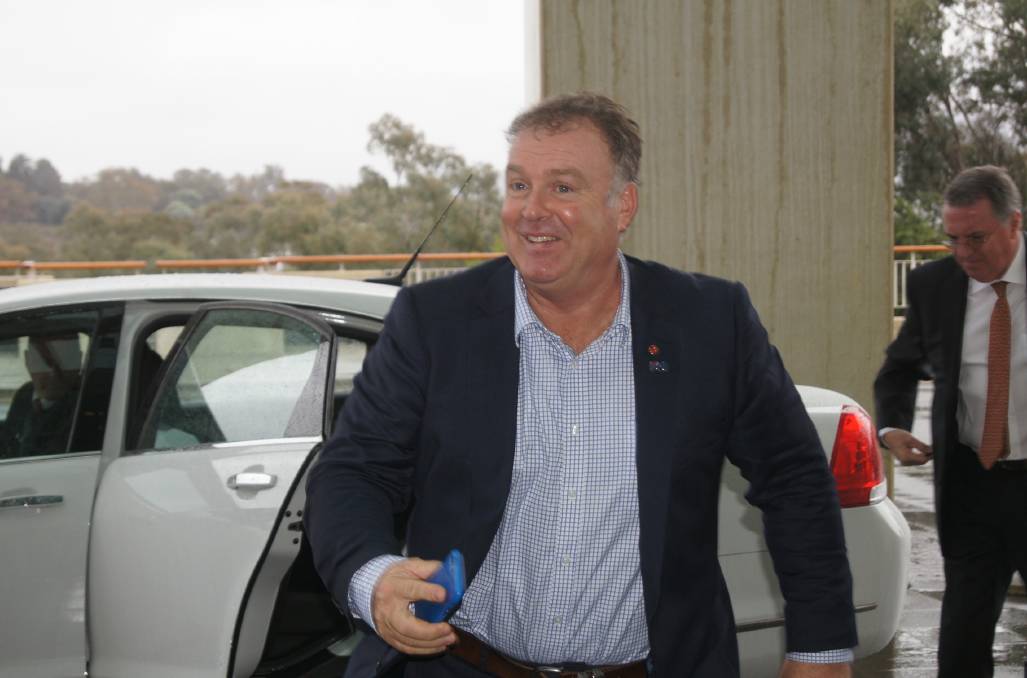 ​ONE Nation WA Senator Rod Culleton has launched a stinging attack on party leader Pauline Hanson admitting a rift exists between the two over her failure to back his push for a Royal Commission into banking.

ONE Nation WA Senator Rod Culleton has launched a stinging attack on party leader Pauline Hanson admitting a rift exists between the two over her failure to back his push for a Royal Commission into banking.

He says the escalating tensions extend to his relationships with the two other One Nation Senators and has now forced him to reconsider his political allegiances.

Senator Culleton expressed anger at Senator Hanson’s failure to back his efforts to gain leverage on the backpacker tax vote last week, to win an agreement to hold a Royal Commission and explore urgent issues with rural debt.

He said a “golden opportunity” went begging for One Nation after the Greens struck a last minute deal with the Coalition to pass the backpacker tax at a 15 per cent rate, in the final sitting week of federal parliament for 2016.

The Greens gained an additional $100 million in Landcare funding in the agreement with the Coalition government to pass the backpacker tax - but the outspoken One Nation Senator said his party leader stood firm on 15pc and won nothing for it.

Senator Culleton said his party leader also “rolled over like a ginger kitten” on the Australian Building and Construction Commission (ABCC) bill which also passed the Senate last week but that could also have been used to win his Royal Commission.

“There is a rift in the party,” he said.

Tensions flared after Senator Culleton voted with Victorian Senator Derryn Hinch and Tasmanian Independent Jacqui Lambie on a Labor amendment for a 10.5pc backpacker tax rate – in a shock move which torpedoed the reforms last Wednesday.

Treasurer Scott Morrison had said ahead of the vote that a compromise 15pc tax rate had been agreed to and was set to pass the Upper House with One Nation’s support, while Senator Hinch had also indicated his backing for that rate.

The last minute hitch also angered the farm sector which had been calling for the issue to be resolved, in the final sitting week of federal parliament for 2016, to protect seasonal workers and provide certainty to farmers.

Senator Hanson criticised Senator Culleton - in a speech made when the legislation returned to the Senate late on Thursday night to be passed, after the Greens’ deal - saying the issue could have been resolved sooner, in the interests of farmers, if her WA Senator voted for the 15pc rate, the day before.

Senator Culleton said his party leader was “going on” about him crossing the floor to vote against the 15pc rate but he supported “a more favourable position on the backpacker tax”.

“She may be angry about the backpacker tax but I’m furious that she didn’t step up and do a deal on the Royal Commission,” he said.

“That’s the truth, the whole truth and nothing but the truth.”

Senator Culleton said he was also criticised by Senator Hanson in the media last week for not supporting the 13pc rate but that was “an absolute nonsense”.

He said he supported 13pc in the end, after moving from the 10.5pc rate with Senators Hinch and Lambie on Thursday, as a midway range between 10.5pc and 15pc.

“She (Senator Hanson) said that I had failed to side with her on 13pc but she has always been 15pc,” he said.

“In fact Pauline nailed her flag to the mast and said ‘we’re going in at 15pc’ but I’ve said there was more to be got and nothing to risk.

“The government needed to have it all fixed before the final day of sitting and we had one more day to go.

“It never put the rural areas at risk at all and in the end it became a huge benefit with the Greens coming up with $100m for Landcare.

“Turnbull said a Royal Commission would cost $60m but he was quick to throw out $100m into Landcare wasn’t he?

Senator Culleton questioned why his party supported the ABCC bill without striking a deal with the government to win a Royal Commission into banking.

“Pauline did not do that – that is where the rift started,” he said.

“We didn’t have to horse trade, we just had to simply say, ‘we’ll support this but we want an agreement to say, stop the grief for thousands of people around Australia, simply call the Royal Commission to deal with the banks’ (but) we lost that bargaining power.

“That’s why I was looking at playing a harder role (on the backpacker tax) and coming back to Morrison, or the Prime Minister who was avoiding me on the day over the backpackers because he knew full, darn well I’d be saying ‘where’s the Royal Commission Malcolm?’

“This government had to get that legislation passed, it was a must, and every other party leader did a deal but what did she do? She just supported it with nothing,” he said.

“She knows how I feel about this; that’s why she’s avoiding me as well.

“She has missed a golden opportunity here.”

Senator Culleton said he hadn’t spoken to Senator Hanson since she wrote to him several weeks ago, reminding him that she was party leader and requesting that he come to her office for a meeting.

But he said, “she knows how I feel; I’m furious with it all”.

“She’s trying to say she’s concerned about my well-being, well…she has nothing to worry about there,” he said.

“You know what, it’s quite the contrary - I’m concerned about the many aggrieved Australians out there and their well-being, who are suiciding, and yet with a golden opportunity, she would not support me.”

Senator Culleton said his relationship with Senator Hanson and One Nation was “not workable” as they were voting with the Coalition “and that really concerns me”.

He said his relationship with the other two One Nation Senators was also “strained”.

“They’ve basically told me they have just got to do what Pauline tells them to do and they’ll support Pauline,” he said.

Asked if he would quit One Nation, Senator Culleton said he was now considering his options given his party had failed to act and win a Royal Commission into banking which was one of his core election promises, and the reason why Senator Hanson approved him as an election candidate to start with.

“I have worked tirelessly on doing a Royal Commission with very favourable terms of reference.

“I came to the party to look after the rural and regional areas which I have done.

“I have been successful in placing the evidence in the lap of the opposition leader Bill Shorten and personally delivered it into the lap of the Prime Minister, which clearly shows that it is a crime scene.

“There are many aggrieved Australians out there who are facing financial ruin by the wholesale funding mishaps that were created by the banks back in the Global Financial Crisis times; not only farmers but small businesses and even landowners.”

Senator Culleton is also facing a High Court hearing this week on a challenge to his eligibility, to sit in the federal parliament.

He said he was upset at his party leader for going against him and favouring the Senate referral “to have me expelled and have the High Court throw me out”.

“Pauline has got to have a pooey or get off the potty and either start supporting rural and regional Australia through this Royal Commission or things will start to fester.

“I’m here for the people you know and I’ve been a victim myself.

“It’s not just for what I want – it’s for many people and a lot of people up in Queensland which she represents.”