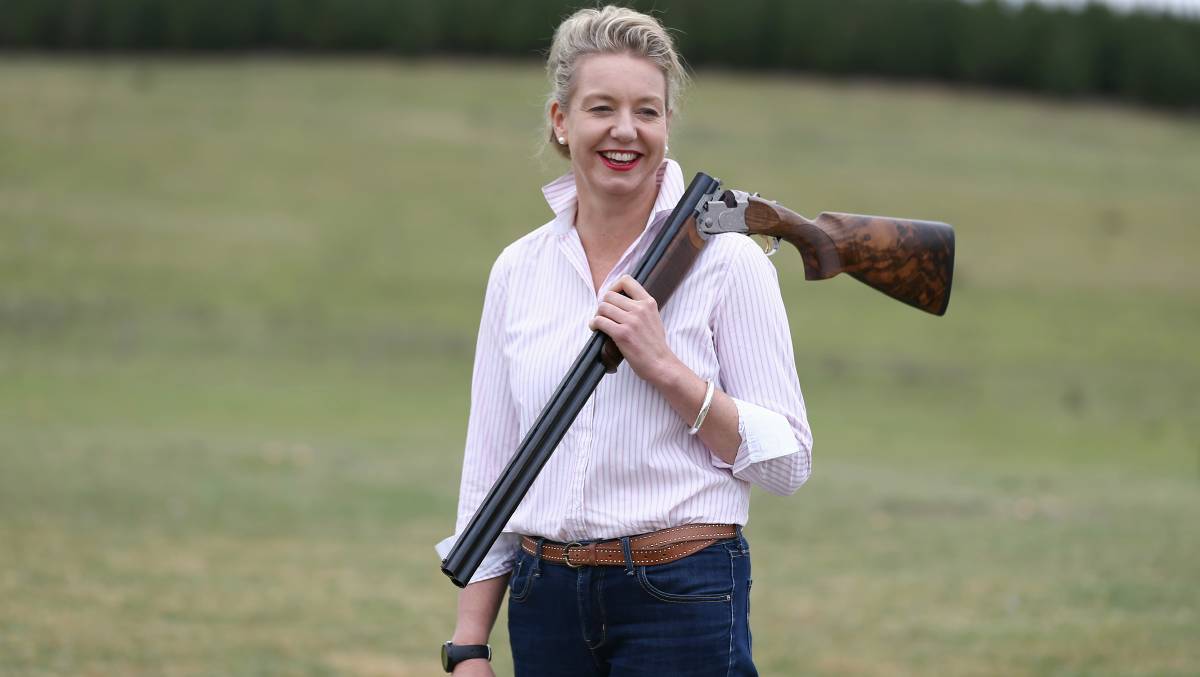 Senator Bridget McKenzie has demanded an evidence based attitude towards gun classification, rather than emotional grandstanding.

NATIONALS Victorian Senator Bridget McKenzie has demanded an evidence based attitude towards gun classification, rather than emotional grandstanding, ahead of high level talks about the controversial Adler 110 lever action shotgun.

The Council of Australian Governments (COAG) will meet in Canberra on Friday with fresh movement by NSW sparking a potential overturn of the Adler shotgun’s importation ban.

However, concerns remain that a needlessly over-restrictive re-classification would limit the gun’s marketability with restricted access to only a few users, like licensed feral pest shooters working on government contracts.

Senator McKenzie said Liberal and Labor Premiers must choose whether they wanted to base their decision-making on evidence or emotion, when the import ban is discussed, at Friday’s COAG meeting.

She said there was no practical evidence-basis to change the gun’s classification.

“I would be asking the Liberal and Labor premiers, who are meeting on Friday, to come to the table, for any discussion around reclassification of firearms, with a rationale and an evidence base, to make such a change as shifting something that’s currently categorised in A, to the category of D,” she said.

“Decisions on changing the National Firearms Agreement (NFA) without consultation or a rigorous evidence-base, only sets a precedent that undermines the integrity of the agreement itself.

“I think, as we’ve seen from a range of reporting, and the lack of depth in the public discussion, this is an area where people are not across the detail and that’s even more reason to not base your decisions on emotion – or in a reactionary way.

“You need to be quite methodical about how you make your decision on this issue.”

Senator McKenzie believes the Adler importation ban - made in 2015 following the Lindt cafe siege and pending a review of the NFA - was an overreaction that’s only targeted law abiding firearm owners.

Prime Minister Malcolm Turnbull has said firearms classification and regulation is a matter for states and territories, under the NFA, which was struck after the Port Arthur Massacre in 1996.

But the prohibition on importation was extended by Justice Minister Michael Keenan due to the NFA review being incomplete.

But she questioned where the evidence was for placing them in the toughest category.

“I would like to know and it’s fair to ask, what’s the rationale to shift it into category D - just because it has two more shots?” she said.

“I think what the State Premiers need to focus on is the gun violence on their streets, organised crime, criminal gangs and that criminal element, particularly in our capital cities, and resourcing their police forces appropriately, to deal with that particular issue, rather than demonising law abiding firearm owners.”

NSW Liberal Democratic Senator David Leyonhjelm has attacked the Coalition government and Minister Keenen for reneging on a deal he struck, in the previous parliament, to put a sunset clause in the 2015 legislation, to ban the Adler’s importation.

Today, Senator Leyonhjelm said he and other shooters were opposed to the re-classification because the nation’s gun laws were “already exceptionally tough and we don’t want them any tougher”.

He said there was “nothing about lever action shotguns that justifies any change to the NFA”.

“They’re telling us you can’t have more than five rounds which is idiotic and displays profound ignorance on the part of those advocating this change.”

He said it was also the next step, towards the “ultimate goal”, which former Prime Minister John Howard spelt out in 1996, that he saw no reason why any ordinary person should have a gun, unless they were in the military, police or security guards.

“Of course he left out the criminals,” he said.

Senator Leyonhjelm said the import ban may be lifted - if the re-classification occurs at this week‘s GOAG meeting – but it was a “useless change” because of the limitations.

“They’re proposing to put the five shot lever action shotgun into category B which won’t make much difference but put the seven shot into category D which is only available to professional shooters,” he said.

“There are no professional shooters who would want to buy a lever action shotgun.

“Professional shooters can have semi-automatic shoguns, if they need a shotgun, so basically they would not sell any, if they move it to category D.”

He said its restriction was not based on any use in crime or terrorism and lever action shotguns were very unpopular among criminals.

“I see it as just another step in the long term objective of disarming the public.

“I see this as another slice off the salami for total gun control.”

Senator Leyonhjelm said lever action shotguns were useful to some farmers in assisting the control of feral pigs.

“If you get pigs in your wheat or your barley there’s a likelihood you’ll come across a litter of them and there’s a functional benefit to having multiple rounds because you can bowl over the lot of the little bastards,” he said.

Treasurer Scott Morrison said the federal government does not decide what category the gun would be placed in – that had to be decided by consensus between all the state and territory governments.

“We are really the ones who decide what are the custom laws and things like this,” he said.

“Now, COAG is meeting on Friday, I am sure they will have further discussion on that and what the NSW position is ultimately we will see on this issue because they have been one of the ones who had a different views than the rest of the states and territories on how it should be classified.

“Once it is classified and once those things are settled than the issue becomes a matter of enforcing that at a customs level.”

Speaking at the Labor country conference in Dubbo NSW at the weekend, senior party power-broker Anthony Albanese said historically there had been bipartisan support for gun control in Australia.

He said a category D licence would enable people who required access to the Adler gun to have it, but ensure that those people who don’t need that access don’t have it.

“What we have here though again is more uncertainty over a period of time and I think there will be concern about that uncertainty - the government needs to get on top of these issues and make decisions,” he said.