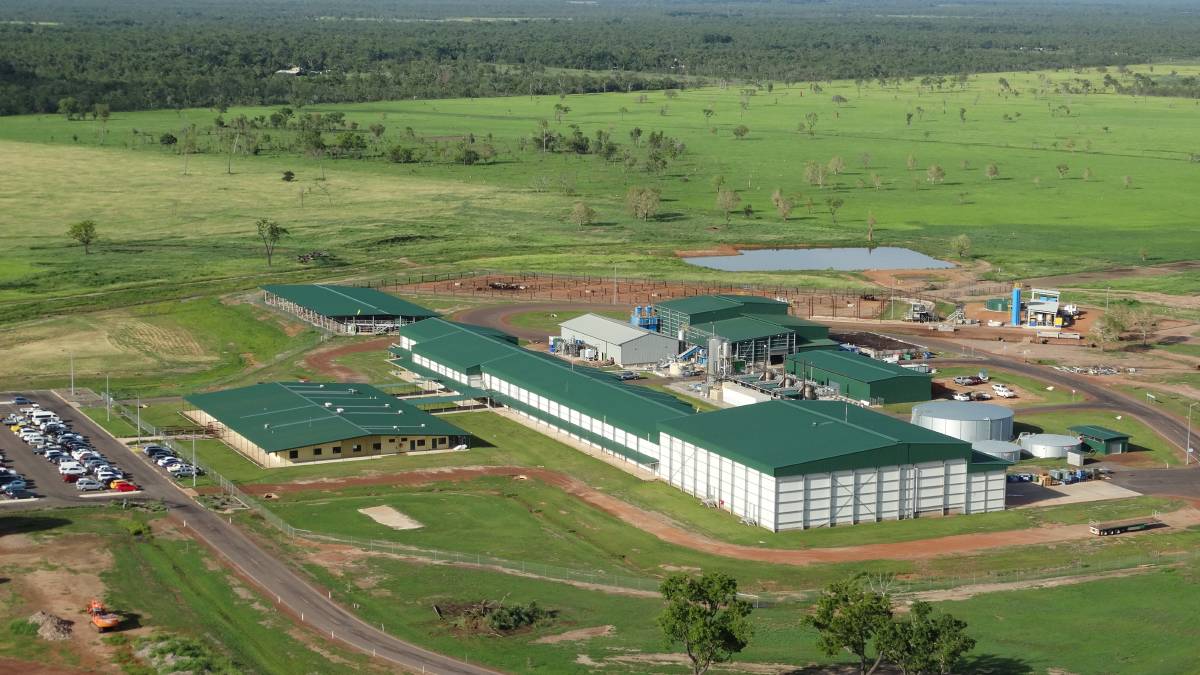 Relationships with producers and cattle stockpiling properties have allowed the abattoir near Darwin to operate with minimal disruption through the wet season.

KEY relationships with producers and cattle stockpiling properties have allowed the state-of-the-art abattoir near Darwin owned by big beef business Australian Agricultural Company to operate with minimal disruption through the wet season.

It’s a formidable achievement for what is not only the largest meatworks investment in the Territory but the largest north of a third of the way up the country made in the past 50 years.

The $100 million Livingstone Beef has continually processed at capacity of around 500 head per day this year, apart from one week in February when monsoonal rains halted deliveries and the additional odd Friday shutdown over the past couple of months.

That marks the first full wet season of processing since the facility began operations in 2014 and is of particular note given it comes in a year when reduced throughput was widely experienced in the processing sector courtesy of tough trading conditions.

“We have proven much better this year at meeting our goal of setting up for continual supply through the wet season,” AACo’s managing director Jason Strong said.

The doors at Livingstone were opened as part of this year’s Northern Territory Cattlemen’s Association conference in Darwin, with supply manager Steven Pocock showing visitors through the Halal accredited facility, including a viewing of the air-conditioned production floor which was processing a good line of backgrounded cows from the AAco supply chain.

Top-of-the-line efficiencies in place, including hot boning, or immediate boning after slaughter, mean a carcass moves through the production line in the space of just 45 minutes.

Livingstone was built to supply the 90CL (chemical lean), or manufacturing meat, export market, with hot boning being the most efficient way to do that, Mr Pocock explained.

“Most of our cow product goes to the United States but we supply four main markets from Livingstone - rumps, for example, can stay in the domestic space or go to an overseas customer,” he said.

Markets have evolved since Livingstone began, so the operation is also broadening its horizons.

Three trials of buffalo processing have been run, all very successful.

The turnoff from the first trial went into the domestic market for manufacturing type products like pies and buff burgers.

AACo was keen to keep rolling the buffalo concept out and grow the market on the other side, Mr Pocock said.

“We get a phone call once a fortnight from someone looking for buffalo but we need to build relationships on both sides to make it a long term venture,” Mr Pocock said.

The challenges are the availability in global markets of an abundance of cheap Indian buffalo so finding markets that value the Australian product while along-side continuing to secure a backed up supply of buffalo in Australia.

“How exciting if we could utilise what is otherwise historically wasted through government-funded culling programs,” Mr Pocock said.

“The more varied a supply we have coming through Livingstone, the more sustainable we set ourselves up to be.”

Livingstone Beef’s cattle supply comes from both AACo’s own pastoral properties and purchases from throughout the Territory, the Kimberley and Northern Queensland.

It was born of the desire to make the most of cull cows and cull export steers, Mr Pocock said.

Some Northern cattle were not viable to send to market before the plant arrived, given the nearest abattoir option then was 2500km from Darwin, in Townsville, and southern facilities are also often impractical options due to lengthy transportation distances and associated costs.

Livingstone has three ways of purchasing stock: a hot standard carcase weight grid, liveweight buying and on a dollars-per-head basis.

“This part of the world is developing, giving options and allowing producers to be more and more efficient and that’s why the investment in a plant here is justified but also helps build confidence, investment and overall development in the north,” Mr Pocock said.