The APVMA's latest performance statistics have alarmed leading farm industry groups opposed to its relocation from Canberra to Armidale. 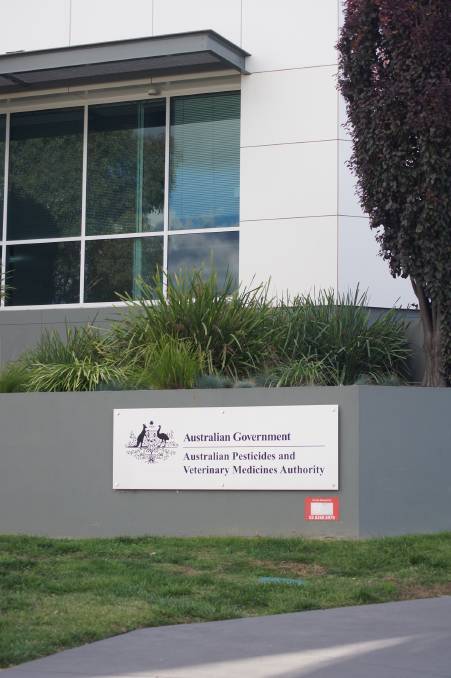 The current APVMA office in Canberra.

PRESSURE is building on the federal government over relocation of the Australian Pesticides and Veterinary Medicines Authority (APVMA) after new performance statistics were released today.

CropLife Australia – which has opposed the APVMA moving from Canberra to Armidale due to the loss of expert regulatory scientists – said the new performance figures confirmed the serious impact of the decision to relocate the national farm chemical regulator.

CropLife said the agency was achieving only 30 per cent of work within statutory time-frames for crop protection registrations – down from 82 per cent from the September quarter last year.

“These are the worst performance statistics in the history of the regulator,” a statement said.

CropLife CEO Matthew Cossey said excessive loss of key specialist staff, due to the government’s relocation decision, has led to the failure of the regulator to meet its obligated time-frames for more than two-thirds of product registration applications.

“This means that farmers are missing out on a significant number of important agricultural products, putting them at a massive disadvantage to their international competitors,” he said.

“This relocation is crippling the plant science industry in Australia but the real victims will be Australia’s hard-working farmers.”

Animal Medicines Australia (AMA) has also opposed the relocation move to Armidale in the New England electorate of Nationals leader and Agriculture and Water Resources Minister Barnaby Joyce and pointed to the latest performance statistics as reason for concern.

AMA Executive Director Ben Stapley said the statistics showed a continuing decline in APVMA performance as the agency continued to lose key staff in advance of its move to Armidale.

“This will hinder farm livestock productivity and profitability, put Australian farmers at a competitive disadvantage to international competitors, and preclude access to the latest innovations for our pets.

“The assessment figures show a comprehensive intervention is needed if there is to be an improvement.”

Mr Stapley said targeted intervention needed to happen “now” while highlighting a five-point plan of action to manage risks of the relocation and reverse the current trend in APVMA assessment performance.

AMA is urging the government to: commit to investment in a digital strategy to update APVMA’s systems; recognise the outcomes of international assessments for Australian regulatory decision making; invest in regulatory science capability in Armidale; implement targeted regulatory and administrative reform that will improve APVMA processes; and streamline the APVMA by allowing it to focus on its core business of standard setting and compliance.

Mr Cossey said conservative estimates calculated by EY in an independent cost-benefit analysis report on the APVMA relocation, indicated the impact of a one year delay in the approval of just one new agricultural chemical product would cost broad-acre crop farmers between $64 million and $193m per annum. 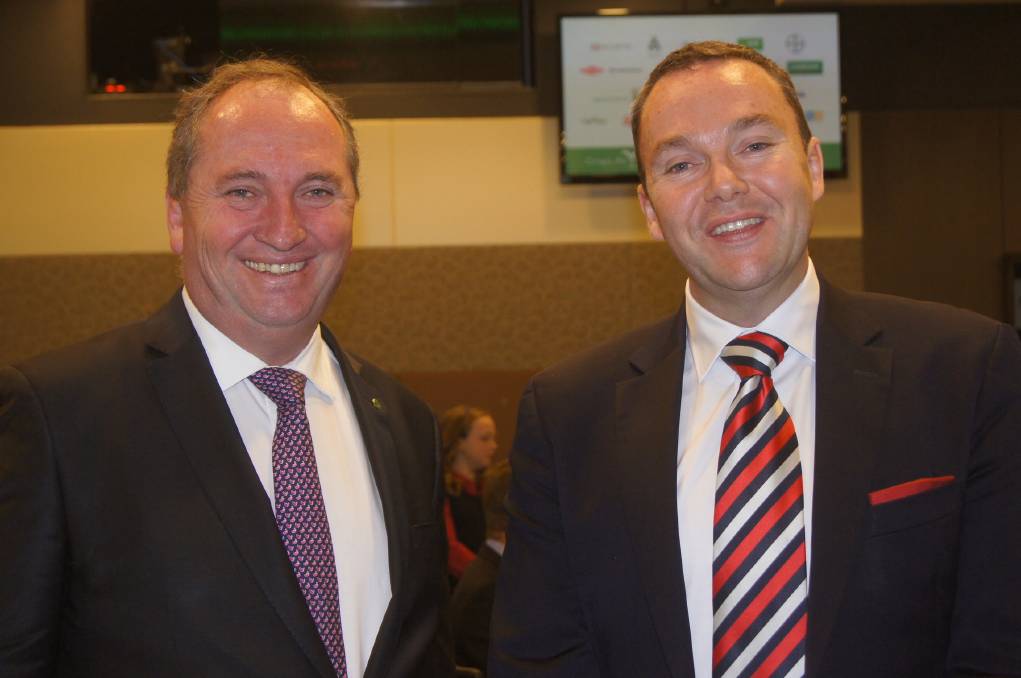 “Considering many of the delayed applications are associated with crop protection products that have short annual application windows, these delays effectively equate to an entire farming season,” he said.

“This means that the delays the industry is now facing as a result of failing APVMA operations could result in billions of dollars of lost revenue to the Australian farming sector over the coming years.”

Mr Cossey said despite opposing the relocation, CropLife had sought to work constructively with government to make it a success “however this sort of performance report is making this very difficult”.

“As far back as June last year CropLife provided a comprehensive and constructive suite of measures around the development of a digital strategy, streamlined business procedures and improved regulatory outcomes to deliver a next generation regulator,” he said.

“The Deputy Prime Minister’s commitment to do whatever is necessary to make this a success is what is keeping CropLife committed to working with the government - but it’s time for the Department of Agriculture and Water Resources to deliver real outcomes as opposed to simply looking busy and shirking responsibility as they have been for the last three years.

“This latest performance report surely signifies that it is time to stop and reconsider the decision to relocate a crucial agricultural regulator that is dependent on technical scientific specialists for which there is a global shortage.”

Mr Cossey said urgent action was now “well overdue” to save the regulator from getting to the point of not being able to register agricultural chemical products in timeframe at all.

He said the Department’s promised and long-overdue regulatory fixes were now three years behind schedule.

“These changes are about fixing the Department’s last mistakes and aren’t specific to addressing the disaster we are facing now,” he said.

“If the Department doesn’t show a dramatic increase in both its capacity and its competency to address this serious problem, then it will be facing an even greater crisis in Australian farming over the coming years as a result of farmers not having access to crucial agricultural chemical products that are essential for producing the nation’s food, feed and fibre.

“The relocation of the APVMA was an arbitrary government decision that had no endorsement or support by anyone in the agriculture industry.

“With the regulator about to hit rock bottom, industry shouldn’t be forced to wear the brunt of the consequences and serious consideration for compensating registrant losses should be given.

“A comprehensive package of reforms delivered immediately is necessary to avoid this being a complete failure.

“The solutions and initiatives needed to address the consequences of relocation are going to have to be drastic and undertaken quickly to stem the bleeding from the nation’s farming sector.”

Mr Joyce has claimed previously the $26m relocation of the APVMA to Armidale to build a centre of excellence at the University of New England, would go ahead, due to being a cabinet decision, regardless of any cost-benefit analysis.

“This increase in work-in-progress was largely driven by a sharp increase in the number of pesticide applications commenced this quarter,” it said.

“Work-in-progress still within timeframe dropped slightly to 73 per cent - a decrease of 1 percentage point from December quarter 2016.”

Shadow Agriculture Minister Joel Fitzgibbon has slammed the APVMA relocation, calling it a pork barrel by Mr Joyce to shore up votes in Armidale.

“Since Barnaby Joyce officially announced the relocation of the Authority from Canberra to Armidale in his own electorate, there has been a mass exodus of the APVMA’s staff, including regulatory scientists and this has undermined the Authority’s capability and capacity to do its work,” he said.

“The government’s own cost-benefit analysis predicted the relocation would have a significant negative impact on the Authority and the evidence is now speaking for itself.

“Experts say it will take up to seven years to re-build the workforce.

“The Prime Minister must stop this shocking pork barrel which will cost taxpayers up to $60 million and is a direct risk to Australia’s clean, green and safe competitive advantage.”

But a spokesperson for the Deputy Prime Minister Mr Joyce said the APVMA’s performance was unrelated to the relocation.

In a statement, the spokesperson said timeframe performance across all areas in the March 2016 quarter - prior to the relocation announcement - was 64pc.

Timeframe performance in the March 2017 quarter - the most recent data available -was 62 per cent, they said.

“Both results are unacceptable, which is why the Coalition is looking at a new model for the APVMA,” the spokesperson said.

“The Canberra model has never delivered on the expectations of industry.

“The performance of APVMA is an issue that this government is now actively addressing.

“That is why we are not just relocating the agency; we will be reviewing of all the processes and policies that underpin the work of the agency.

“There are also a number of positive results in the latest report, with 95pc of ‘actives’ completed in timeframe (like registering manufacturing processes of key product chemicals), which is up from 88pc in the December 2016 quarter and 68pc in the same quarter last year.”

APVMA’s performance has been a long-standing source of frustration and criticism well before the decentralisation move was mooted by Mr Joyce.

“The Annual Report confirms that only 17pc of new active constituents were approved within the required legislative timeframe, it said.

Similarly, in February last year, CropLife issued another critical media release saying the APVMA’s “abysmal performance” was best demonstrated by the fact it was only achieving 52pc of work within its statutory timeframes.