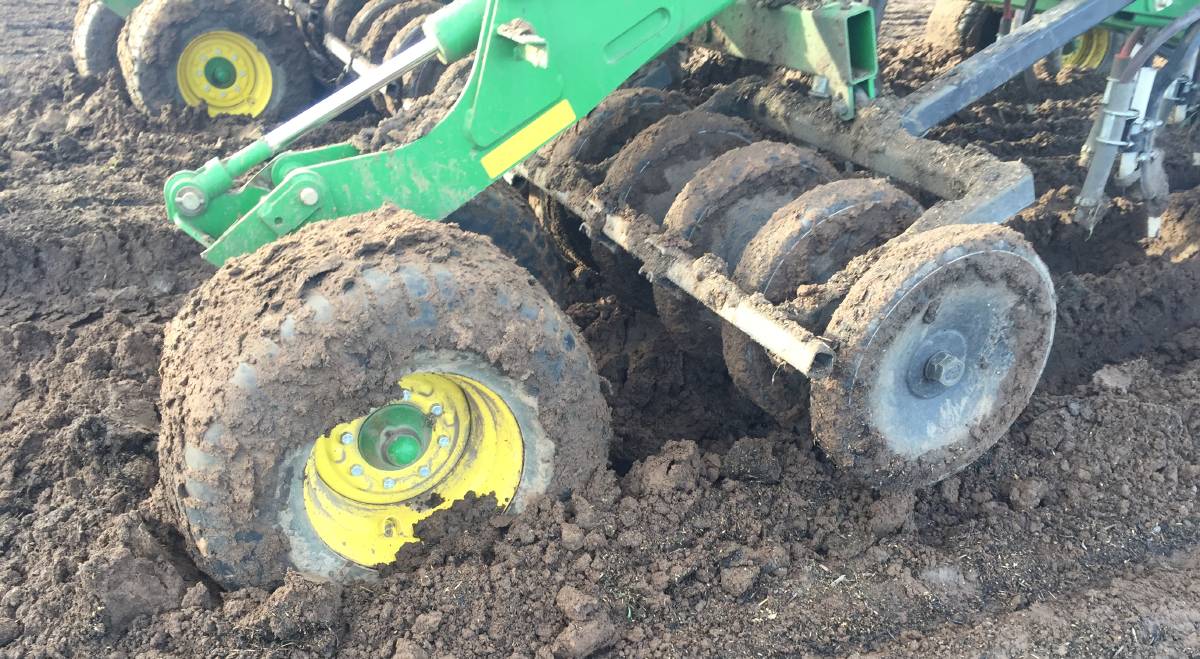 Bogged seeders have been a common sight throughout the Victorian cropping belt this year.

Conditions are markedly different in various parts of the southern cropping zone this year.

CONDITIONS across the southern Australian cropping belt range from deep mud to dust as the official start to winter looms.

There was around 10-20mm throughout the Wimmera and Western District over the weekend, grading down to 2-8mm through most of the Mallee.

Mr Hosking said the better than average rainfall through autumn, combined with good subsoil moisture levels after the wet spring last year, meant trafficability was an issue at present.

“There have been people getting bogged all over the place, but given the forecasts for a drier than average season, no one is complaining.”

He said with a dry week on the way, farmers would soon get back into their sowing programs.

“In general, through the Mallee people are probably two thirds to three quarters finished, although there’s obviously a wide range, some are finished and some haven’t got that much in.”

“Once everyone gets back out onto the paddock I wouldn’t think it will take that long to get things done.”

The situation is different on the Eyre Peninsula, where Yeelanna grower Randall Wilksch said conditions remained close to bone dry.

“There was light rain on the weekend, but generally it was less than 5mm, so we are waiting for a break.”

He said many farmers had dry sown, but there was also those waiting for a break before getting started.

Mr Hosking said early canola was emerging, but added it had been slow and patchy in many cases.

“The mice have been a real issue and there are also insect pest pressures building up, particularly red legged earth mite.”