Senator David Leyonhjelm has raised doubts about the effectiveness of the federal government’s gun amnesty policy. 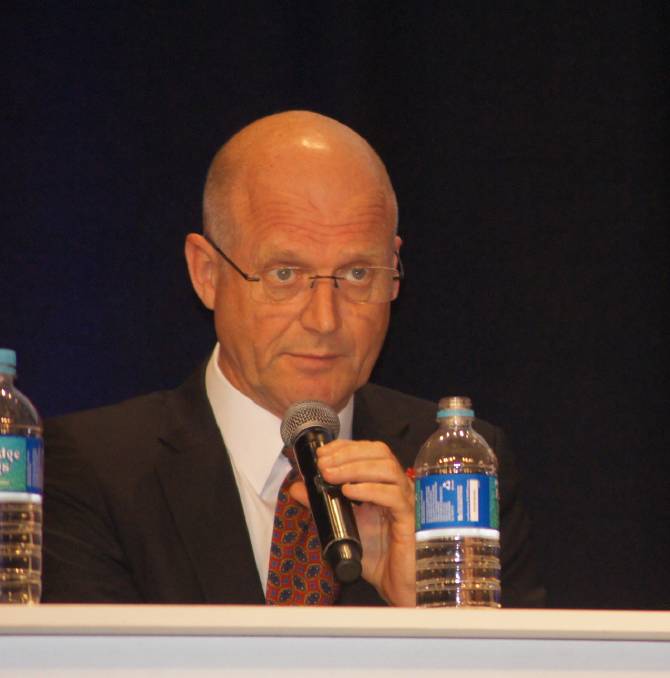 NSW LIBERAL Democratic Senator David Leyonhjelm has raised doubts about the effectiveness of the federal government’s gun amnesty policy to target and capture the reported 260,000 illegal weapons circulating in Australia.

On Twitter, Senator Leyonhjelm responded to Justice Minister Michael Keenan’s announcement today that the National Firearms Amnesty would commence on July 1, aiming to reduce the number of illegal and unregistered firearms.

Mr Keenan said the amnesty period would give Australians an opportunity to hand in unregistered and unwanted firearms and improve community safety.

But Senator Leyonhjelm, said, tongue in cheek, “No doubt terrorists and criminals will do exactly that”.

One Twitter user replied to the Libertarian’s comment, “Cos illegal gun owners are all sitting around desperately wanting a way to get rid of their guns”.

Another said, “You do know that most guns used by terrorists/criminals are stolen/illegitimately sourced, right?”

Senator Leyonhjelm told Fairfax Agricultural Media the amnesty would have no impact on law-abiding firearm owners.

“Our only concern is that it creates the impression there is some kind of problem with guns generally and there should be fewer of them - the evidence does not support that, either in Australia or elsewhere,” he said.

He said the amnesty would also have no impact on criminals or terrorists as they are not likely to hand their guns to the police.

The guns surrendered will be rusty, dusty old clunkers from the back of grandma’s cupboard, invariably rifles or shotguns - which criminals are generally not interested in, he said.

“These guns were never likely to be used for criminal purposes, thus surrendering them will make no difference,” he said.

“The amnesty is basically window dressing, to make it look as if the government is doing something useful.

But Mr Keenan said it was the first nation-wide gun amnesty since 1996, when the Howard government took “decisive action” following the devastation of the Port Arthur massacre, in Tasmania.

He said there had been state-based amnesties since then but “it is again time that we give every Australian the chance to dispose of firearms without fear of being prosecuted”.

For three months, until September 30, anyone with unwanted and unregistered firearms or firearm-related items can legally dispose of or register them at approved drop-off points in each state and territory, he said.

“This is as much about giving a family a chance to get rid of an old heirloom as it is about getting rid of guns off our streets,” he said.

“Sadly, as recent events have shown us, just one gun in the wrong hands can be deadly.

“I encourage Australians to take this opportunity to help remove unregistered firearms from the community.

“There is no cost involved with handing in firearms or related items for destruction and no personal details are required.”

Mr Keenan said outside of the amnesty period, anyone caught with an unregistered firearm could face a fine of up to $280,000, up to 14 years in jail, and a criminal record.

Senator Leyonhjelm has stood up for the interests of recreational and legal gun users like farmers from being demonised and restricted by heavy-handed regulations, since being elected in 2013.

Last year, Senator Leyonhjelm accused the Turnbull government and Mr Keenan of having “welched” on a political agreement struck in the previous parliament, linked to overturning a 12 month importation ban on the Adler A110 lever action shotgun.

He also had a falling out with the Liberals when then Prime Minister John Howard tightened national gun laws following the Port Arthur tragedy which also sparked tensions between the Coalition’s political partners over the different weapon categories covered by the amnesty.

But the gun amnesty has received bipartisan support in Canberra.

Senior Labor power-broker and Shadow Regional Development Minister Anthony Albanese said it was a good time to renew the amnesty in order to ensure that “a whole swathe of weapons”, particularly illegal weapons, were taken out of the market.

“You might remember during the last few months of the previous government there was a movement of Glock pistols through Sylvania Waters post office,” he said.

“That was one example of attempts to get illegal weapons into Australia, so we are putting an amnesty in place, in order to ensure that anyone who does want to hand in those kinds of weapons and any other weapons, can do so without any kind of penalty to get them out of the system.

“Because obviously if they are not in the system, they can’t kill people like the very tragic death of the police officer Brett Forte recently in Queensland.”

Mr Albanese said Labor would “certainly encourage people to do the right thing” and hand in any illegal weapons.

“One illegal firearm is one too many, the fact that there are so many out there is an issue of concern,” he said.

“It is a good thing that this amnesty is happening and it certainly has bipartisan support.”

Senator O’Sullivan he wanted to avoid an approach to lawmaking on drones that repeated the Howard government’s response to the Port Arthur massacre and its impact on firearms.

“There wasn‘t a lot of delineation about the use of firearms the next day,” he said.

“It was a one shoe (size) fits all approach - rule it out - and it took a lot of time and energy here, by my Nationals’ colleagues in particular, to isolate and convince the parliament that the use of firearms in rural areas was a different set of circumstances and that’s exactly the case with the drones.”