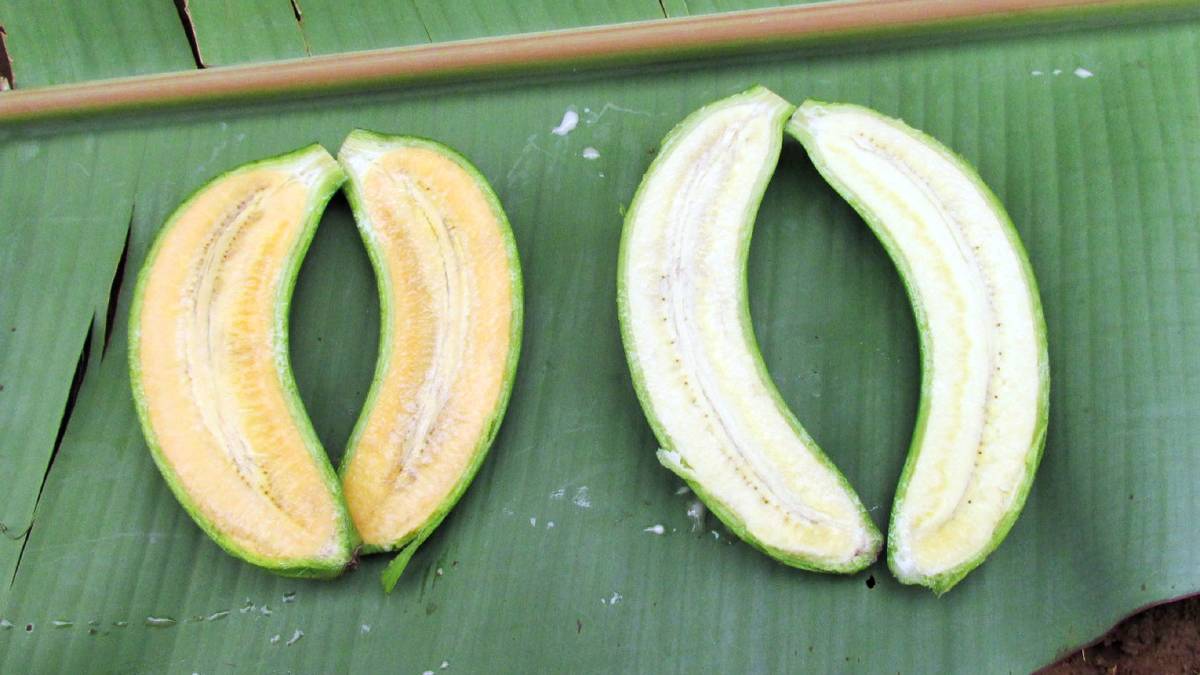 Carotene compounds (that also colour carrots) give the biofortified bananas (left) an appealing golden hue, contrasting to the staple crop (right), which is rich in starch but low in micronutrients, particularly provitamin A and iron.

EACH year more than twice as many children worldwide die from vitamin A deficiency than are born in Australia.

The staggering, tragic statistic is driven by the insidious impact of nutritional deficiencies in staple crops of many developing nations.

More than 650,000 children die each year from lack of vitamin A, with several hundred thousand more going blind.

One critical staple crop, the east African cooking banana, lacks provitamin A (comprised of alpha and beta carotene) which the liver converts to vitamin A to fuel the immune system, cell growth and vision.

We took a gene from a banana that originated in Papua New Guinea and is naturally very high in provitamin A, but has small bunches, and inserted it into a Cavendish banana - Professor James Dale

There is significant need for more nutritious bananas in countries such as Uganda, Democratic republic of Congo, Rwanda, Burundi, Tanzania and Kenya.

In Uganda, for example, the average person eats half a kilo of cooking bananas a day, which are harvested green and then chopped and steamed. 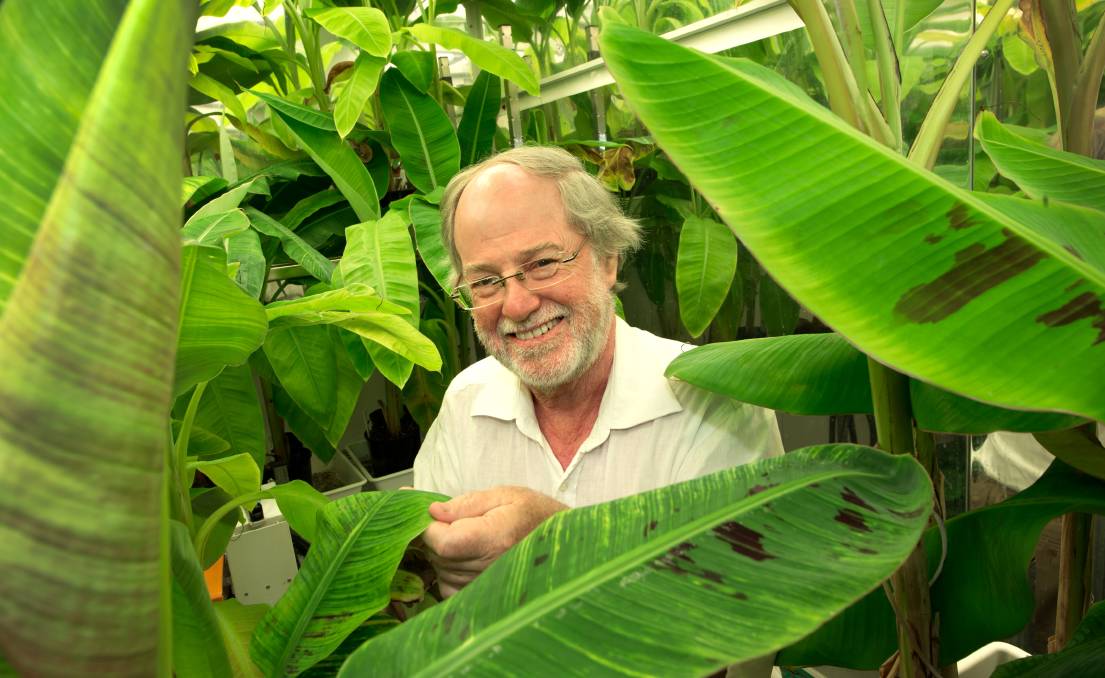 A team of researchers from Queensland University of Technology have developed a provitamin A-rich biofortified banana. Their research was published today in the prestigious Plant Biotechnology Journal.

“What we’ve done is take a gene from a banana that originated in Papua New Guinea and is naturally very high in provitamin A, but has small bunches, and inserted it into a Cavendish banana,” Professor Dale said.

"We tried and tested hundreds of different genetic variations here in our lab and in field trials in Queensland until we got the best results.

"These elite genes have been sent to Uganda in test tubes where they have been inserted into Ugandan bananas for field trials there.”

The QUT team worked on the biofortified banana project for 12 years. They have collaborated with Uganda’s National Agricultural Research Organisation, which conducts the field trials.

Farmers are expected to be growing biofortified variety by 2021, but first the variety will need to be registered under the Australian Gene Technology Act, which regulates Genetically Modified crops. 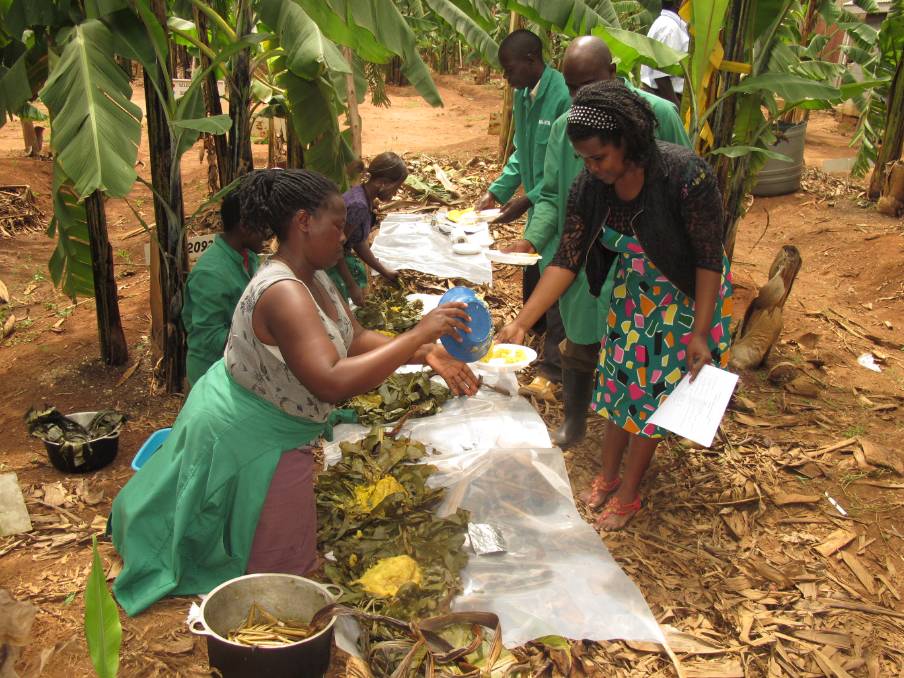 Golden bananas are under trial in Uganda.

“The gene we put into the biofortified banana was a banana gene, the Papuan New Guinean strain,” Prof. Dale said.

“It is incredibly safe technology.”

The research was backed with $10 million from the Bill and Melinda Gates Foundation, dedicted to global health and development.

“Initially we came in under the global health initiative, but we are now under global development, because it’s an agricultural project,” Prof. Dale said.

“In 2004 gates foundation put out a grand challenge to improve global health. We put in an expressions of interest. Someone said there were 1500 entries. But they only funded 44 projects.” 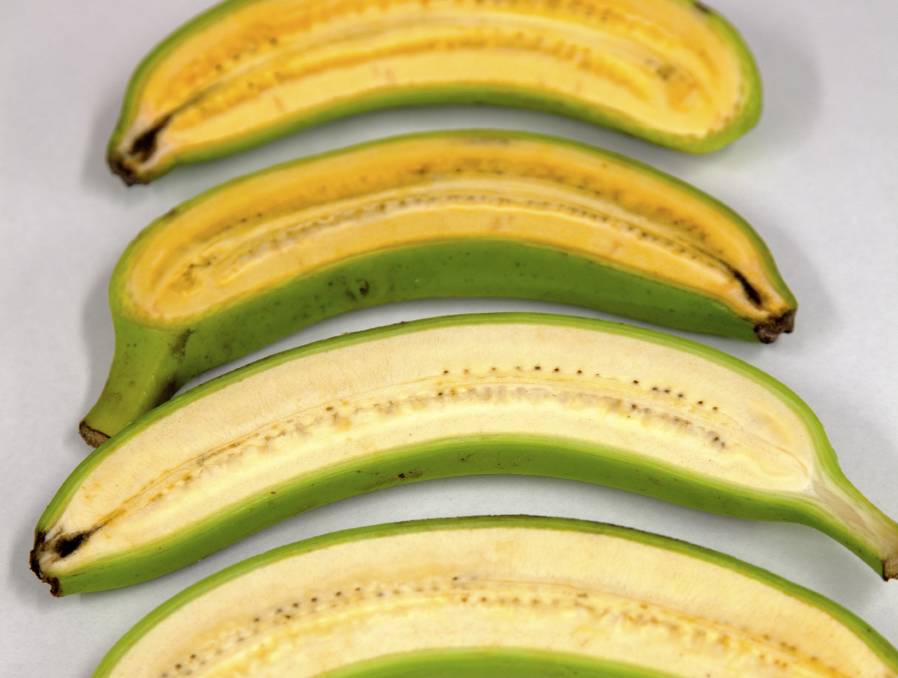 Four of the projects were to improve micronutrients in staple crops of rice, cassava, sorghum and the Queensland banana research.

Prof. Dale said the successful research outcome is a “fabulous result” for the teams in Queensland and Uganda.

A total of 305,377 births were registered in Australia in 2015, where vitamin A deficiency is virtually unknown.