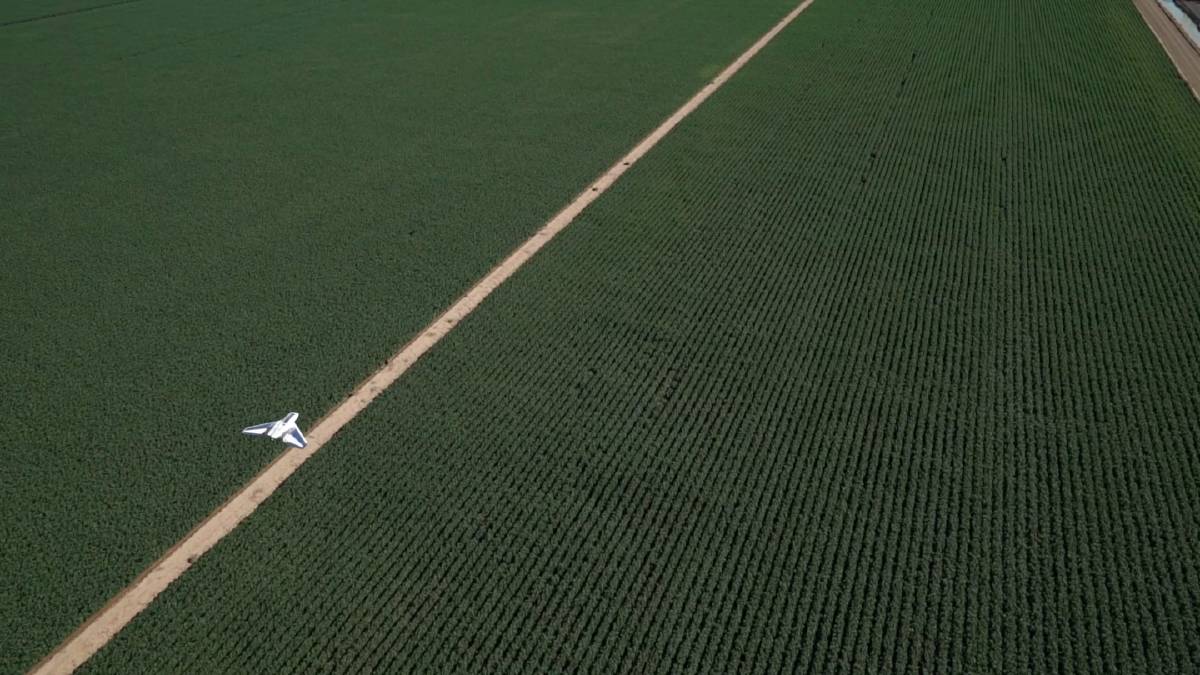 An Agronomeye drone hard at work over a cotton crop at Trangie, in NSW's Macquarie Valley.

Ever feel like drones are all hype, no substance? An ag-tech start believes they have a formula that will make UAV technology pay.

A GROUP of businessmen with aviation and software backgrounds have turned their expertise to agriculture, with the creation of the Agronomeye aerial imaging business.

Stuart Adam, a director of the new business, said the team behind Agronomeye had identified agriculture as a growth area for people with their skillset.

“Between the team we’ve had experience in diverse field such as commercial aviation and using drones to film footage for the Fox Sports team, but we felt agriculture was a real opportunity.”

The business is set up to provide growers with data that can provide tangible benefits to their enterprise in real time.

“We are conscious many people within the industry still regard drone technology as an expensive remote control airplane, toys for the boys if you will,” Mr Adam said.

“Our aim is to provide something that delivers real value.”

In terms of mapping, Mr Adam said the aerial maps were created using a multi-spectrum sensor, getting red, green and near infra-red images.

It can be used to create a Normalized Difference Vegetation Index (NDVI) map to allow growers to see how the crop is tracking.

Maps can be created to capture data on crop stress, canopy closure, weed numbers and photosynthetic activity among other areas.

Mr Adam said a key point of difference for the business was that the data did not need to be uploaded to the cloud to be processed, but could be done locally and then converted into files that could be programmed in with a farmer’s GPS equipment to create a variable rate (VR) map.

“The info is with the growers in a matter of minutes, not hours or days,” he said.

“We collaborated with the University of NSW to build a conversion tool, with high resolution data changed into variable rate files that fit with precision agriculture (PA) equipment,” he said.

“You can create management zones according to your equipment’s capabilities with inputs to match the different areas.”

Mr Adam said the company had done work all over NSW’s cropping belt, including on the Liverpool Plains and through the Macquarie and Murrumbidgee Valleys.

“It has been a bit of a challenge this year with things being so dry so people are not necessarily putting the inputs out, but the mapping has allowed people to ground truth theories they have had about their paddocks.”

“Farmers can look at variability in the crop and see it in the mapping and then go out and do specific tests, such as leaf tissue and soil tests.”

“We’re down to 30cm per pixel so you can really look at the ‘fine print’ of what is happening in your paddocks.”

He said farmers who had enlisted Agronomeye were generally looking at variable rating of inputs.

“They are looking at nitrogen and phosphorus applications but also at soil ameliorants such as lime.”

“We think our mapping program can be a big help in allowing growers to cut their input costs.”

Mr Adam said Agronomeye had done its early work in terms of proof of concept research in vineyards, along with rice and corn crops.

From there, the group has sought to build its network among the farming community.

“It’s been great and the growers have been very supportive,” Mr Adam said.