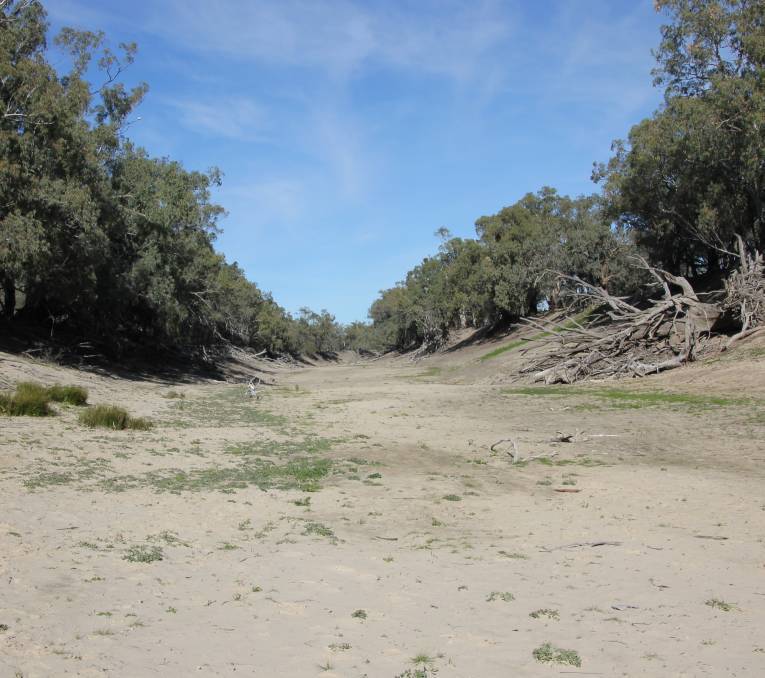 FAR Western NSW is at boiling point over an order from the Murray Darling Basin Authority to release water from the Menindee Lakes system in Far Western NSW.

WaterNSW will start releases on Saturday, to fulfill an order for environment water placed by the MDBA.

Locals say the release creates a critical shortage that consigns the river downstream from Menindee, along the Lower Darling, to a damaging dry run.

Under the rules of the Murray Darling Basin Plan, the MDBA controls the water in the Menindee system, until the level falls below 480 gigalitres.

The system is currently at 37 per cent capacity and holds 643GL. Releases will gradually increase from the current 400 megalitres per day, rising to 1,800ML a day by Tuesday October 10 and remain at this rate until early November 2017 or until further advice from the MDBA.

MDBA releases water from Menindee to service downstream needs. Water flows along the Darling and into the Murray River in South Australia.

"Menindee Lakes are shallow and high evaporation losses mean the storages are used ahead of others, such as Dartmouth Dam,” Mr Reynolds said.

She said the release is unnecessary and will damage river-reliant industries and create long term problems for the environment, particularly in light of Menindee’s role as a fish nursery.

“The community is up in arms about this release. The MDBA have continued to ignore the community’s significant concerns,” Ms McBride said.

“We are already at crisis management point for Menindee Lakes. We’re looking at a dry river by the end of 2018 now.

“That has huge social and economic impacts on agriculture and tourism industries, which hte region depends on.

“Environmentally, we are killing off an already fragile environment. A depleted lake and dry river will stop the spawning of native fish which populate the entire river system.”

WaterNSW Executive Manager System Operations, Adrian Langdon, said the Broken Hill’s water supply with be protected, and the release will have ready benefits for fish.

“Safeguards are built into the water sharing arrangements so that the use of Menindee Lakes is limited to protect Broken Hill’s water supply and lower Darling use once lake volumes fall below 480 gigalitres.

“The higher releases in the coming months will continue to provide benefits to the riverine environment though, including flow conditions favourable for native fish.”