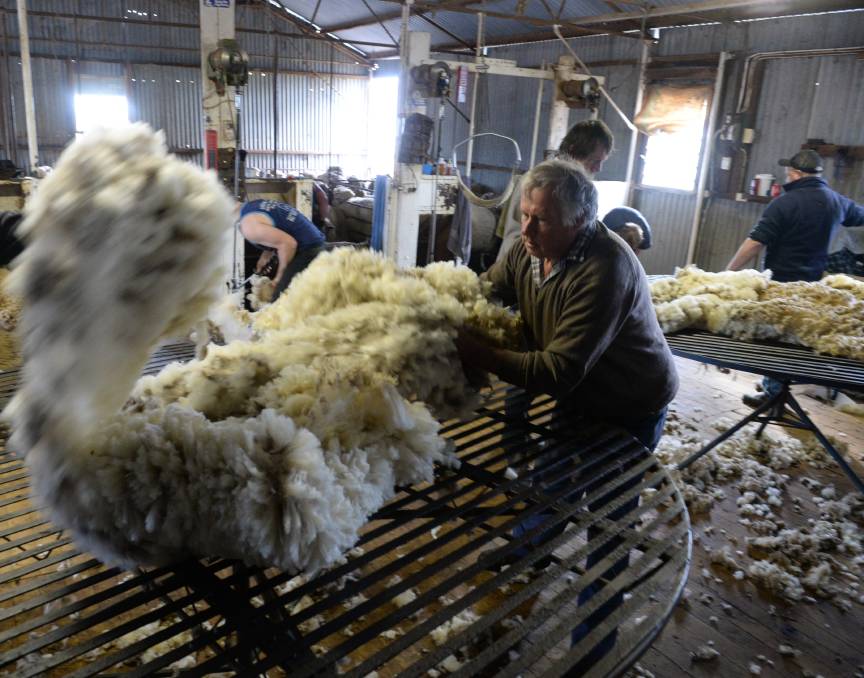 WOOLGROWERS are taking advantage of record prices by turning to the forward wool market.

WOOLGROWERS are taking advantage of record prices by turning to the forward wool market, as experts predict wool to rally further in 2018.

The Eastern Market Indicator is forecast to average 1630 cents a kilogram in 2017-18 - a 15 per cent increase on last financial year, according to Australian Bureau of Agricultural and Resource Economics and Sciences (ABARES).

With the average for the first half of this season at 1596 c/kg, the remainder of the season would need to average 1660c/kg for the ABARES forecast to be realised.

While this appears high, National Council of Wool Selling Brokers of Australia executive director Chris Wilcox said the ABARES average was achievable with the EMI closing the 2017 at 1760 c/kg.

“In my 25 years’ experience of analysing the wool market, I have never seen such a sustained upward run in prices,” Mr Wilcox said.

ABARES expects shorn wool production this season to be 349 million kilograms, and the value of Australia’s wool exports to hit $4.339 billion.

This marks the highest value for a season since 1988-89, when the value hit $5.8b, and Australia produced a record level of 1030m kilos greasy.

The positive outlook has lifted opportunities for growers to hedge, with forward trades secured out to 2019.​

Ms Wilson reported options market activity, coinciding with auction recess, with two minimum price contracts set to expire in May and June 2018 for 18 micron at a premium of 50c and 60c and a strike price of 2050c and 2000c respectively.