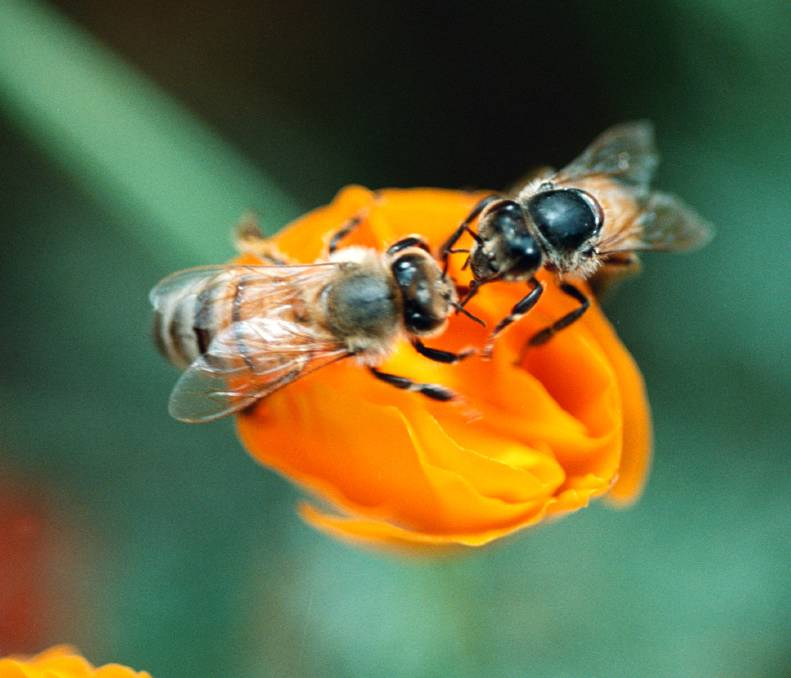 Expert opinion remains divided on the use of pesticides containing neonicotinoids, but companies are reacting to activist pressure to limit use of the chemical that is present in many Australian garden and agricultural chemical products.

Bunnings, Mitre 10, Coles and Woolworths are phasing out sales of Yates’ Confidor, which is a popular pesticide among home gardeners for sucking insects.

The retailers reacted to public pressure, including a petition calling for a Confidor that gained more than 30,000 signatures claiming “neonics” kill bees.

The European Union banned the use of neonics on flowering crops in 2014 and last year the British Environment Minister Michael Gove said the UK would follow suit, even after Brexit.

Following the Australian retailers’ commitment to phase out Confidor, the Australian Pesticides and Veterinary Medicines Authority issued a statement that it had no plans to review the use of neonics.

“There have been a number of studies discussed in the media that have found chemical residues present in honey and suggest a link between the use of neonicotinoids and declining health of honey bees,” the APVMA said.

“Unlike some other countries, Australian honey bee populations are not in decline and Australia has robust regulatory and surveillance measures to monitor this issue.”

"Neonicotinoids are extremely toxic to bees and very persistent in plants. They end up in pollen and nectar, which are collected by bees, as this is their only food,” Dr Hogendoorn said.

“Home gardeners often benefit from native bees as they pollinate their fruit and vegetables, such as tomatoes.

In my view, hone gardeners shouldn’t be given the option of making the plants in their garden toxic to bees. Therefore, I am very supportive of Bunnings' and Mitre 10's decision to withdraw Confidor from their shelves and hope other companies will follow suit.”

Honorary Professorial Fellow in the School of Chemistry at the University of Melbourne Ian Rae is an advisor on chemicals to the United Nations Environment Programme.

He said removing garden products from retail shelves was “a lazy response”.

“The idea that there would be any gain for the honey bees is probably illusory. But of course, Bunnings will get some 'brownie points' for doing not much, while burnishing its green credentials,” Prof. Rae said.

He said while there is “no doubt” that neonics are toxic to honey bees, there was as yet no proof it had caused widespread harm to populations.

He said Australia’s stringent regulations required ongoing monitoring, including major study into neonics by the APVMA in 2014.

“They conclude that we don't have a problem,” Prof. Rae said, “but they are keeping an eye on developments.

“None of these pesticides has been detected in the annual surveys of chemical residues on animal and plant products in Australia.”

“The use of neonicotinoid pesticides has been restricted in Europe, but some of these substances can be used here under conditions prescribed by APVMA as part of their pre-registration assessment.”

Last year an international study made headlines with findings that 75 per cent of honey across the globe is contaminated with neonics, albeit well below levels harmful to humans or to create health risks animal feed products.

Some experts said the findings highlight the risk from neonics to populations of pollinating insects, particularly bees.

University of Dundee reader in neurobiology Dr Chris Connolly said the findings are “alarming”, even though the relatively low levels of NNIs detected in honey are not likely to be lethal to bees.

“However, the levels detected are sufficient to affect bee brain function and may hinder their ability to forage on, and pollinate, our crops and our native plants,” he said.

Rothamsted Research weed ecologist Dr Paul Neve said the impact of chronic bee exposure to NNIs had not been determined, and difficult to perform, large scale epidemiological studies are needed to address the question.

“We need to remain open-minded and base decision-making relating to pesticide regulation on a strong science base, acknowledging that pesticides can have unacceptable negative impacts, but not forgetting their large role in securing productive harvests.”

“When approval processes become politicised you get bad things happening on a broader scale,” he said.

“I don’t fear stringent regulation. In fact I welcome it.

“What we fear, in Europe especially, is the politicisation and corruption of regulatory process and ad hoc scrutiny of specific products rather than recognition of how well they satisfy regulatory requirements," Mr Fyrwald said.