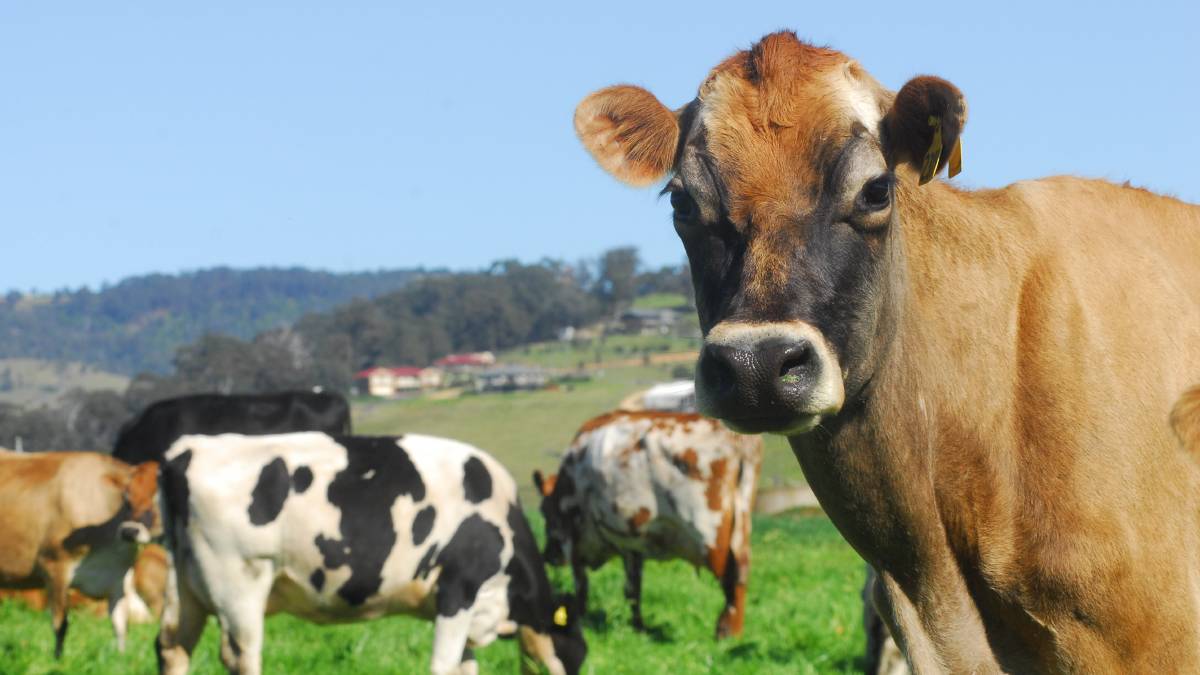 Half-year profits slipped to just $3m for Freedom Foods Group, but it expects to grow much healthier after adding A2 milk to its business diet

Australia’s biggest long life beverage processor, Freedom Foods Group, is making a bold play for the specialty A2 dairy market, launching its own A2 milk range.

Less than a week after the A2 Milk Company announced it was ramping up its production and distribution possibilities via a new relationship with New Zealand giant, Fonterra, Sydney-based Freedom has confirmed its Australia’s Own brand will launch into the premium dairy category, too.

Its A2 milk offering, in one- and two-litre ultra high temperature (UHT) treated packs, will spearhead Freedom’s expanding dairy product range in Australia and Asia.

It will be the only UHT A2 milk offering retailed here.

A2 protein milk, which is naturally free of the A1 beta-casein protein commonly found in cows’ milk, is heavily marketed by A2 Milk Company as likely to be better digested by people with intolerance to conventional milk. 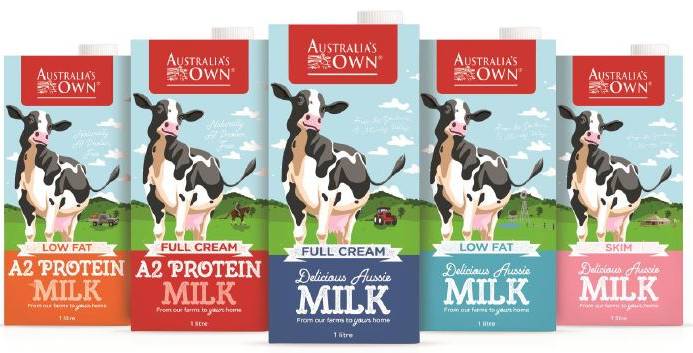 The new Australia's Own long life milk range, including A2 choices.

Ironically, it was Freedom’s partnership with the then fledgling NZ-based A2 milk business 11 years ago which fostered the new milk brand’s success in Australia and gave it a launch pad to international markets.

Already established as a major name in the non-dairy beverage market with its plant-based products such as soy, almond and rice “milk” lines, Australia’s Own is also the name of a Freedom joint venture brand exporting “Kid’s Milk” to China.

The spin-off venture is a partnership with China’s Shenzhen JiaLiLe Food Company, established in 2016.

Revenue up, profit down

Meanwhile, Freedom Foods has also announced a sizeable 29 per cent lift in revenue to $159.6 million, but a 34pc drop in half-year statutory profits to $2.95m for the six months to December 31.

Although sales in Australia and China were surging, the company said restructuring and recommissioning dairy operations at a new, larger Sydney factory at Ingleburn had chewed into profits. 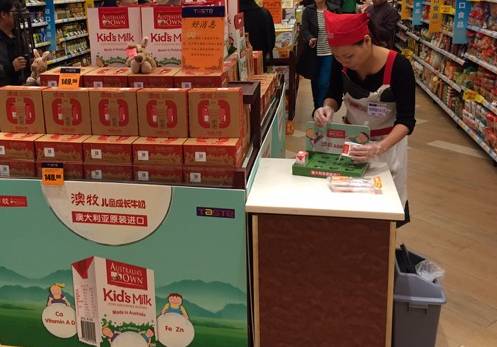 Australia's Own Kid's Milk on sale in China.

Freedom has built a big portion of its UHT milk business on the back of contract packaging work for other companies, including Asian retailers who specifically source Australian-processed milk for their market.

We have the right brand in Australia’s Own and it’s the right time. - Rory Macleod, Freedom Foods

After buying a nutritional powder product business 18 months ago, Freedom has also developed the Australia’s Own Infant Formula range for South East Asian and Australia markets.

Other Australia’s Own UHT products include organic plant-based beverages and liquid cooking stocks.

“With the significant expansion of our dairy processing capabilities, the company is now well positioned to take advantage of changing industry dynamics and increased internal capabilities to launch an expanded range of dairy products,” Mr Macleod said.

“We have the right brand in Australia’s Own and it’s the right time.”

The Australia’s Own dairy milk range would be distributed in major Australian retail supermarkets nationally and into key markets in South East Asia and China. Australia’s Own dairy lines are originating directly from farms in Victoria, and southern and central NSW, including the Moxey Farms business in the Lachlan Valley.

Some milk from the Leppington and Moxey farms already goes to the A2 Milk Company’s Sydney plant at Smeaton Grange.

Freedom Foods was largely responsible for A2 milk’s arrival in Australia in 2007.

A2 Milk Company managing director, Geoff Babidge, was previously an executive at Freedom with Mr Macleod, before taking charge of the specialist milk business here as its head office moved across the Tasman to Sydney and its own bottling plant was opened.

Freedom Foods initially held a 20 per cent stake in the NZ business, fostering the brand’s development in the local market, and in 2015 was even considering to take over A2 Milk with another investor group.

In March that year A2 listed on the Australian Securities Exchange with its shares worth about 56 cents.

Later in 2015 Freedom began selling down its A2 share stake for about 75c a share to help pay for other expansion projects, including a milk processing plant venture at Shepparton in Victoria and a snack and cereals factory in Melbourne.

A2 Milk Company shares are now worth about $12.20, giving the trans-Tasman business a powerful capital value of about $10 billion.

The company reported increased sales and improved margins across all divisions in the first half and tipped its full-year revenue will be towards $380m for 2017-18.

Its shares initially lifted about 0.5pc to $5.20 after the profit results and dairy plans were announced.