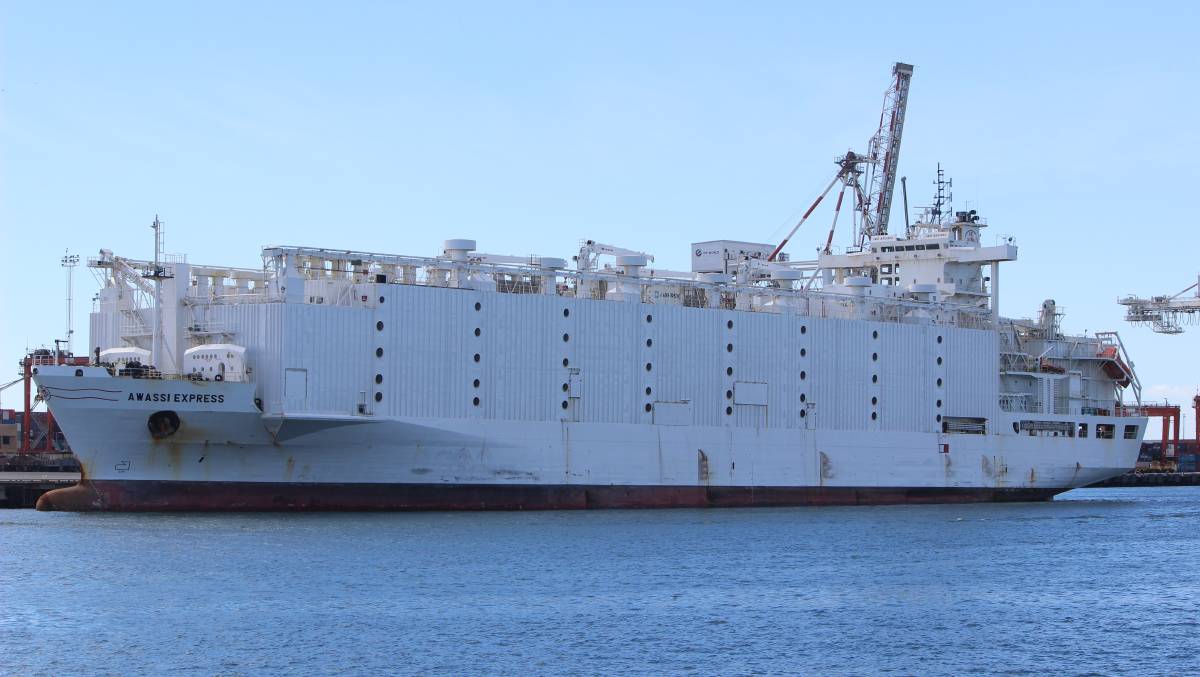 A SNAP review into heat stress related welfare issues on sheep shipments to the Middle East has been unveiled as the live exports industry faces a fresh round of relentless political pressure.

A SNAP review into heat stress related welfare issues on sheep shipments to the Middle East has been unveiled as the live exports industry faces a fresh round of relentless political pressure.

His latest response comes amid ongoing fallout caused by the weekend’s 60 Minutes broadcast of video images taken from multiple sheep shipments out of WA to the Middle East exposing animal welfare conditions that Mr Littleproud has described as “bullshit” and unacceptable to Australian farmers and the general public.

WA based company Emanuel Exports is in the prime firing line over one specific shipment in August last year where 2400 sheep died due to heat stress which also caused other forms suffering and sparked angry reaction following broadcast of the video evidence.

That incident has already been examined by Mr Littleproud’s Department due to breaching the accepted 2 per cent mortality rate, and the Australian Maritime Safety Authority, with both agencies clearing the exporter of any wrongdoing.

But despite not breaching current rules, the video footage - provided by Animals Australia to 60 Minutes via a whistle-blower who was part of the ship’s crew - has re-ignited growing calls for a total live exports ban, or consideration of a partial ban for problematic sheep shipments during the peak trading but risky, heat-stress related period of July and August.

Mr Littleproud said the snap review was expected to take four weeks to allow any recommendations to be acted on before sheep are sent to the Middle Eastern summer from Australia's winter.

He said such an examination would “give confidence in those boats and the standards in which those sheep go to the Middle East”.

I’m proud to have been part of this announcement - producers have high expectations and strong demands of the #liveexport industry. It’s the responsibility of gov, exporters and carriers to uphold these demands through a collaborative and transparent review system https://t.co/T32l9NUilC

“I spoke to Dr McCarthy and he believes he'll be able to get that done well within the timeframe because of his experience in the industry and researching it,” he said.

“It's important we take decisive action because it’s the livelihoods of farmers and their family at stake.

“It'd be great if the live export industry led on this issue and had already taken strong action by the time this review comes back.

“If I have to drag them kicking and screaming, I will, but I'd prefer they led and proved to the Australian people they are serious about cultural change.”

WAFarmers President Tony York welcomed the review and said many producers felt “very strongly” that if conditions can’t be managed then a ship shouldn’t be permitted to sail with their livestock on board. 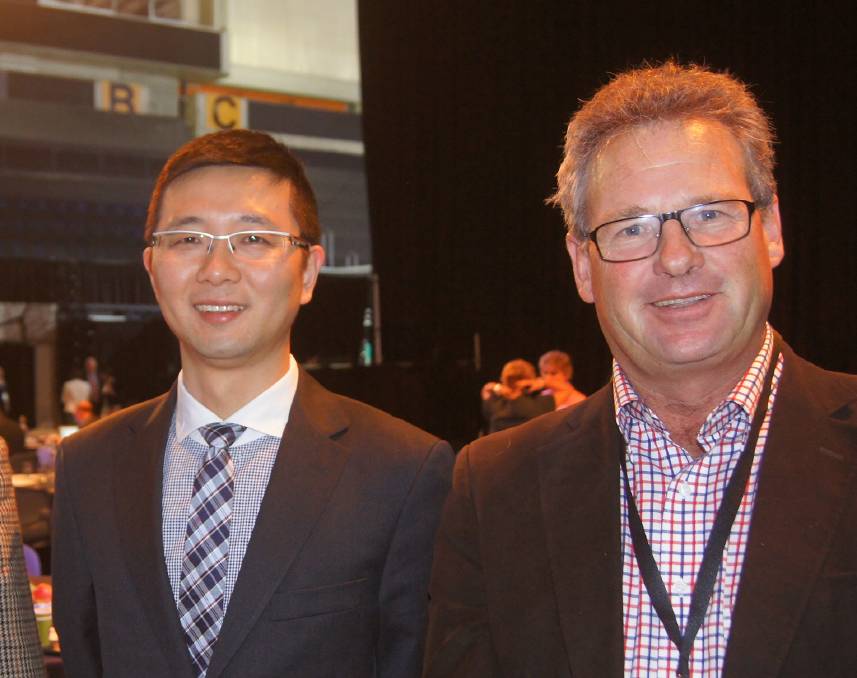 “We welcome any announcement into reviews and changes that would support this condition and that would see confidence restored in the industry,” he said.

“We expect exporters to prove that this loss of livestock will never happen again, and demand a collaborative and transparent review system which include the exporters releasing information regarding all voyages and vessels in the past few years so that high risk periods, such as northern hemisphere summers, can be clearly identified.

“Further, we demand that independent inspectors, which may include independent veterinarians, be on board during voyages, to monitor livestock conditions.

“It is our right as producers to demand this, and it is the responsibility of government, exporters and carriers to uphold these demands.”

Mr Littleproud’s Department has already placed tougher animal welfare standards on Emanuel Exports for a shipment of about 57,000 head of sheep due to leave Fremantle this week, including increased ventilation and an independent observer who will be required to produce daily reports, including with images.

Other measures have also been undertaken such as a re-examination of the 2017 incident due to the video evidence surfacing; a review into the investigative capability, powers and culture of the independent regulator (Agriculture Department); and a phone line so whistle-blowers can anonymously call and provide information.

Mr Littleproud announced he also intended to work with the Labor Party to increase penalties for those doing the wrong thing, through a bill that’s currently before parliament.

“They shouldn't be able to hide behind companies and shelf companies,” he said.

But that political action hasn’t been enough to stem the tide of criticism following the 60 Minutes broadcast from perennial opponents like the Greens and RSPCA Australia which has campaigned strategically and relentlessly with Animals Australia to ban live exports; despite significantly enhanced animal welfare standards and outcomes due to regulatory action and industry initiatives, in recent times.

He said only an immediate transition away from live exports would “stop the needless suffering experienced by thousands of innocent animals”.

“We’ve had enough reviews into this horrific industry,” he said.

Ms Ley told Fairfax Media her views were sparked by frustrations with exporters involving live sheep shipments to the Middle East which dated back to an incident in 2003 during former PM John Howard and then Agriculture Minister Warren Truss’ era, involving the Cormo Express.

That shipment was rejected by its intended market Saudi Arabia and left stranded at sea for an extended period resulting in thousands of sheep deaths, triggering a parliamentary inquiry that led to implementation of some reforms.

“We have been promised since then – so the entire time I’ve been a member of parliament I’ve been listening to these promises and I’ve heard enough and I actually don’t trust the exporters,” she said.

“It seems the supply chain will always produce these types of events because the industry’s had too many chances to clean up its act and I don’t even know if it’s possible to clean up their act.

“I’m pleased with the steps that the Agriculture Minister has taken and they’re good sensible steps (in response to 60 Minutes broadcast) but I would go further by setting a date by which we announce, with industry, with farmers, not cutting anyone off at the knees in terms of their business enterprise and their investments - doing it properly - that we will actually be a country that doesn’t have live exports anymore.

“I appreciate that everyone won’t necessarily share this opinion but it’s a careful and an honest way forward - but it’s how I see it because I’ve lived this issue for a very, very long time.

“These ships are leaving Australian shores and we can’t abrogate our responsibility as a country to what is clearly been happening for a long, long time on them.

“I think as a country we need to say we will phase out live exports full stop – not say here there, seasons, up, down (but) pick a point in the future.”

A review of live export standards is already underway and research into heat stress mitigation and enhanced measures for providing detailed reporting to the regulator on animal welfare outcomes is also currently underway.