David Littleproud has opened the new whistle-blower hotline for reporting suspicions of animal cruelty incidents in the live export industry. 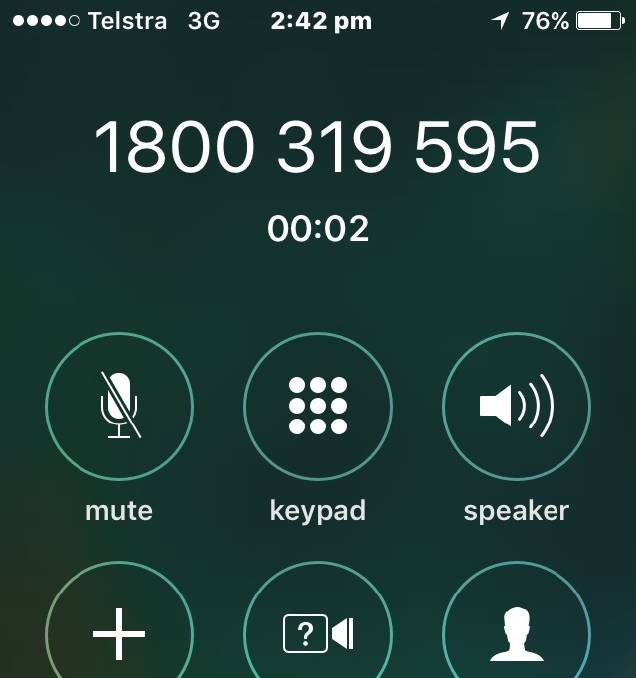 Mr Littleproud said the new hotline was a free call service on 1800 319 595 that would enable people to confidentially report breaches or suspected breaches in the export industry, including livestock exports.

The phone line was opened after a torrid political week in which images of sheep suffering heat stress on shipments to the Middle East from WA were exposed on 60 Minutes at the weekend ignited renewed calls to ban the trade, or restrict exports to Middle Eastern markets during risky heat periods, during July and August.

“There should be nothing to fear from transparency - let's let the light shine in,” Mr Littleproud said.

“I want to create a culture where whistle-blowers are comfortable coming forward and confident their information will be treated confidentially and taken seriously.

“The whistle-blower hotline is the first step - people can either identify themselves or make an anonymous disclosure.”

A statement said the hotline number would be required to be displayed by exporters in the course of their activities.

A call to the hotline by Fairfax Agricultural Media after it was opened was answered by an officer in Mr Littleproud’s Department.

In the wake of the 60 Minutes broadcast, Mr Littleproud also announced a review of the independent regulator- his Department of Agriculture and Water Resources - and a short, sharp review of sheep trade shipping standards, during the Middle Eastern summer.

He’s also expressed a desire to work with the federal Opposition to increase penalties for exporters or others caught “doing the wrong thing” to help east public and political concerns about animal welfare standards through the Export Control Bill 2017, that’s currently before parliament.

Video footage of five sheep shipments to the Middle East was taken by a whistle-blower who was crewman and provided to 60 Minutes via Animals Australia which has long campaigned to try to have live exports banned, along with RSPCA Australia.

Littleproud: Animals Australia and RSPCA “one of the greatest whistle-blowers”

Some industry sources have questioned why the video footage taken mostly from 2017 was delayed in being handed over to regulatory authorities and the minister’s office,  until a few days before it appeared on commercial television.

Whistle-blower Faisal Ullah - a graduate of Pakistan's Marine Academy and trainee navigation officer – told 60 Minutes “I saw the animals' condition on board and it was just terrible inside”.

Mr Littleproud’s Department and the Australian Maritime Safety Authority (AMSA) both investigated the shipment at the centre of the controversy by Emanuel Exports where 2400 sheep died in August 2017, on the way to the Middle East.

“I became concerned by that report not finding any breaches of standards by the exporter in question and subsequently asked the department to provide me with further information around their actions with respect to that incident and whether they had investigated that to a satisfactory level,” Mr Littleproud said on Monday.

“I saw the chilling footage provided to me by Animals Australia - and can I thank Animals Australia for providing me with that last Wednesday - and I'm horrified and shocked by what I saw, and I know every Australian is….horrified by those images of cruelty to sheep.

“The Department is working through the footage as we speak to see if there are any further standards that have been breached.

“But quite candidly, that vision does not marry up with the report I received, and that is quite disappointing to me, to the extent that I have some real difficulty around that and have now engaged with the Attorney-General's office to help me undertake a review of the skills and capabilities and culture, for that extent, of the regulator in providing better investigative powers, to make sure that any of these events are done in a far more thorough way that gives confidence to the community.

“As a minister that's only been here three months, I am somewhat concerned that we have had to do this, but it is something that we cannot take a backwards step on.

“I also met with Animals Australia and the RSPCA that are here in Melbourne, and had constructive talks with them.

“And one of the things that I also want to announce…as a result of that is, out of respect to that brave young man that put his livelihood and in some respects his safety on the line in being a whistle-blower, is to announce that we will be starting up, by the end of the week, a whistle-blower hotline that will allow those within the environment of the export industry to come forward and to be able to call out bad behaviour.”

Mr Littleproud said he’d also asked Animals Australia and RSPCA to help him build on that, to go further if required, for their skills, “as one of the greatest whistle-blowers with the respect of animal welfare”.

“We need to put in place an environment as soon as we possibly can to protect those brave young men and women that want to come forward and call out bad behaviour,” he said.

“There is currently a Bill before parliament that doubles, in many cases, the penalties imposed on exporters, but I believe…we need to go further on that.

“Because we cannot have the case where we have company directors hiding behind companies, or shell companies for that matter, in terms of shirking their responsibilities and their accountability when they've done wrong.

“I'll be asking the Opposition and also Animals Australia and RSPCA and the industry to come with us on that journey, but we want to make that movement to happen as quickly as we possibly can.

“It's important that we get integrity back into the live trade system, and those people that do wrong need to be held to account, whether it be a company or an individual, and making sure that those directors in particular are held accountable.

“I don't intend to take a backward step.

“Everything is on the table and we intend to be as constructive as we possibly can with both sides of parliament and also with industry itself.”