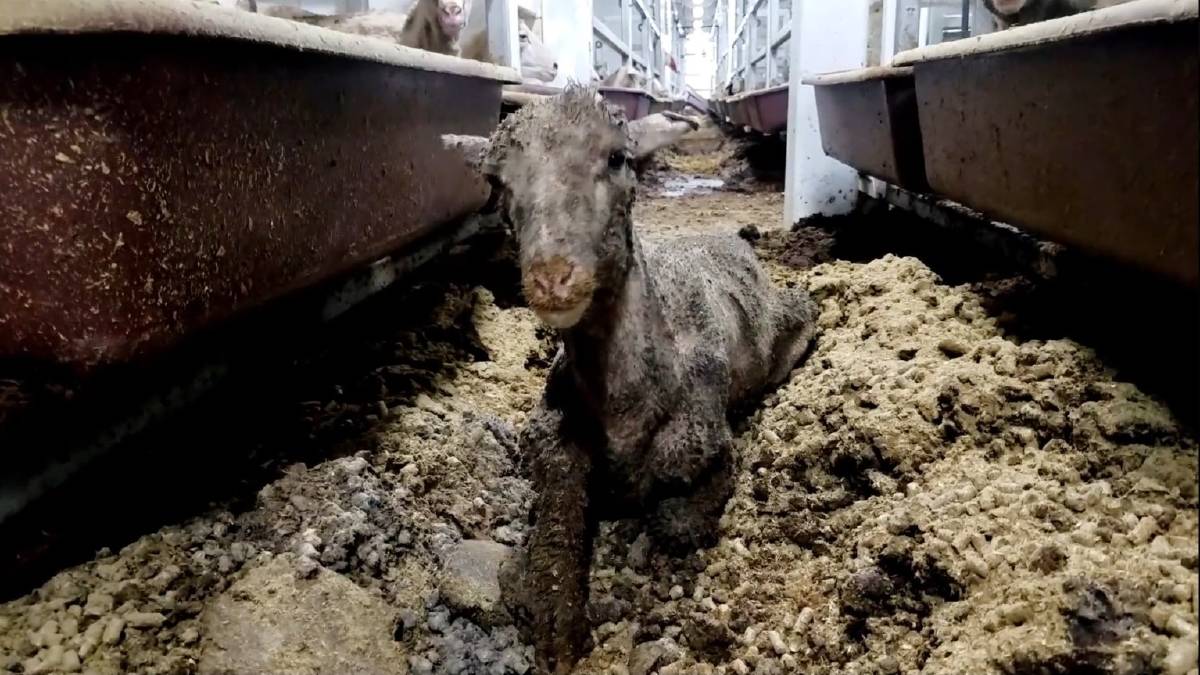 Images are being used in a fresh round of donation campaigning by Animals Australia from video footage taken on live exports voyages.

FIERCE debate has erupted amongst national livestock farming groups about fresh moves to try to adopt an Inspector General for Animal Welfare dedicated to live exports.

FIERCE debate has erupted amongst national livestock farming groups about fresh moves to try to adopt an Inspector General for Animal Welfare (IGAW) dedicated to live exports, by the federal government.

An emergency meeting was held last night among representative leaders central to the current political push led by the Labor Opposition to implement an independent IGAW which has previously been rejected by farmers and the Coalition.

But a new appetite for the independent watch-dog has emerged as industry battles to deflect political criticism and blame, in response to the ill-treatment of sheep and 2400 heat-stress related mortalities on a live exports shipment to the Middle East last year out of WA, by Emanuel Exports.

Despite being already examined by multiple regulators and cleared of any wrongdoing as per current regulatory standards, the voyage was recently re-exposed by secretly filmed video footage taken on board multiple shipments and supplied to 60 Minutes by Animals Australia.

“We now know that on board these ‘floating ovens’ animals can be left to stew in their own filth while literally cooking to death - live exporters know that the truth can sink their trade - which is why getting this ad series on TV is the last thing they’ll want,” a message from the animal rights group says.

“No-one who sees this footage can defend subjecting animals to such extreme abuse - please help us broadcast this message to every politician, farmer, and power broker before it’s too late.”

After last night’s emergency meeting of national livestock representatives, the Australian Live Exporters Council (ALEC) - which held its own series of board level talks in Brisbane yesterday to commit to further industry related reforms to address animal welfare standards - issued a statement saying it had voted in support of a model for an independent industry watch-dog that was focussed on live exports.

ALEC said it backed the establishment of an Inspector General for the Welfare of Exported Animals (IGWEA) – but other livestock industry leaders want more detail on its operations.

“The role of Inspector General would help oversee independence and cultural change in our industry and work constructively with exporters to improve animal welfare outcomes,” ALEC Chair Simon Crean said.

Mr Crean has been contacted for further comment by Fairfax Agricultural Media to discuss ALEC’s plan regarding the IGWEA’s potential operations and implications for the broader farming sector.

National Farmers’ Federation President Fiona Simson said in a statement her group was briefed last night by ALEC regarding its support for the proposed IGWEA.

“We recognise the proposal supported by the ALEC Board of Directors is confined to the live export sector,” she said.

“However, the membership maintains a number of questions in relation to: how any such measure would impact on the broader supply chain; deliver better enforcement by the regulator; and improve the operations of the industry players who have failed, of which we are discussing as a matter of priority with the Agriculture Minister David Littleproud.

“The NFF and its members remain committed to the future of the live export trade, to a standard that meets the animal welfare expectations of farmers and all reasonable Australians.

“The live export trade is valued at $1.8 billion per annum to our nation.”

She said during the briefing last night, livestock-producing members reiterated their distress at the circumstances and resulting images aired by 60 Minutes on April 8 and their support for ALEC’s efforts for greater oversight of animal welfare in the livestock export sector.

Ms Simson said the NFF had, “to date” opposed measures such as an Independent Office for Animal Welfare (IAOW), which Labor has also demanded as part of its policy plans for animal welfare, taken to the last election.

She said the IAOW in the view of her members “would simply add another layer of bureaucracy from a person sitting in an office in Canberra”.

“We must have improvements in the system and it must be driven by industry,” she said.

“The NFF recognises the requirement for a national approach to animal welfare.

“The NFF membership will continue to work towards a proactive industry-lead approach on improving animal welfare across the supply chain.

“It is vital that a proposal of the nature supported by ALEC, be developed in partnership with the broader agriculture industry, be driven by a culture of continuous improvement and that its role be informed by science-based evidence.”

Ms Simson said the NFF also supported a bi-partisan approach to animal welfare policy and welcomed the collaborative and productive manner in which Mr Littleproud had worked with Opposition Agriculture spokesperson, Joel Fitzgibbon following the circumstances brought to light by 60 Minutes.

Sheep Producers Australia President Allan Piggott said sheep producers needed to be able to trust livestock exporters with their animals, once they leave their own farm gate, and were seeking genuine change in the industry for this to occur.

“Current SPA policy does not support an Office for Animal Welfare and we are seeking more information on the move to extend the actions of the Inspector General for Biosecurity to oversee the welfare of exported animals,” Mr Piggott said.

“We need to know that exporters are not operating at minimum standards.

“Sheep producers want to have confidence in those exporting their sheep and we see these measures announced today as a good start in strengthening transparency, accountability and cultural change.

“We want to know the same high standards of animal care are maintained once our sheep leave our properties.

“We are pleased that the livestock export industry is moving to make changes and we look forward to the trade’s animal welfare outcomes being improved in future.”

At the direction of the regulator, an independent observer be placed on each Middle East voyage during the 2018 Northern Hemisphere summer.

Mr Crean said “Industry must lead the way in improved animal welfare outcomes and in building a culture and vision that supports this, in alignment with community expectations”.

He said the measures outlined by ALEC would be presented as part of the industry’s response to the McCarthy Review, which was announced by the Agriculture Minister last week, as a short, sharp review of livestock shipping standards to the Middle East during the peak export but high heat stress related period of July-August.

Mr Crean said the industry had embraced the need for significant changes to ensure the transport of live sheep to the Middle East was improved to safeguard against high mortality voyages, like the tragic deaths of 2400 sheep on a voyage to the Arabian Gulf in August 2017.

“Exporters have confirmed their support for an independent observer, under the direction of the regulator, to travel on voyages to the Middle East during the 2018 Northern Hemisphere summer,” he said.

“A reduced stocking density and additional welfare safeguards and indicators will be applied to all shipments of Australian sheep to the Middle East during the Northern Hemisphere’s high summer period.”

The Council said the next stage in the reform process was to work closely with the Minister for Agriculture, including on the establishment of LGAP and his Department’s ongoing regulation of the livestock export industry.

“Exporters are listening to the community and acting decisively to achieve change in the industry. The welfare of the animals and the future of our industry depends on it.”

“Now we just need the Turnbull Government to do the right thing and act on establishing the role: the community wants it, the industry needs it, and animals deserve it.,” he said.

“There is nothing to prevent the government announcing the appointment of an Inspector General today.

“Four years have been lost since Barnaby Joyce – with the support of his Prime Minister and his Coalition colleagues - abolished Labor’s Inspector General.

“We’ve now seen what harm unconditional government support for a sector can do to the sector.”