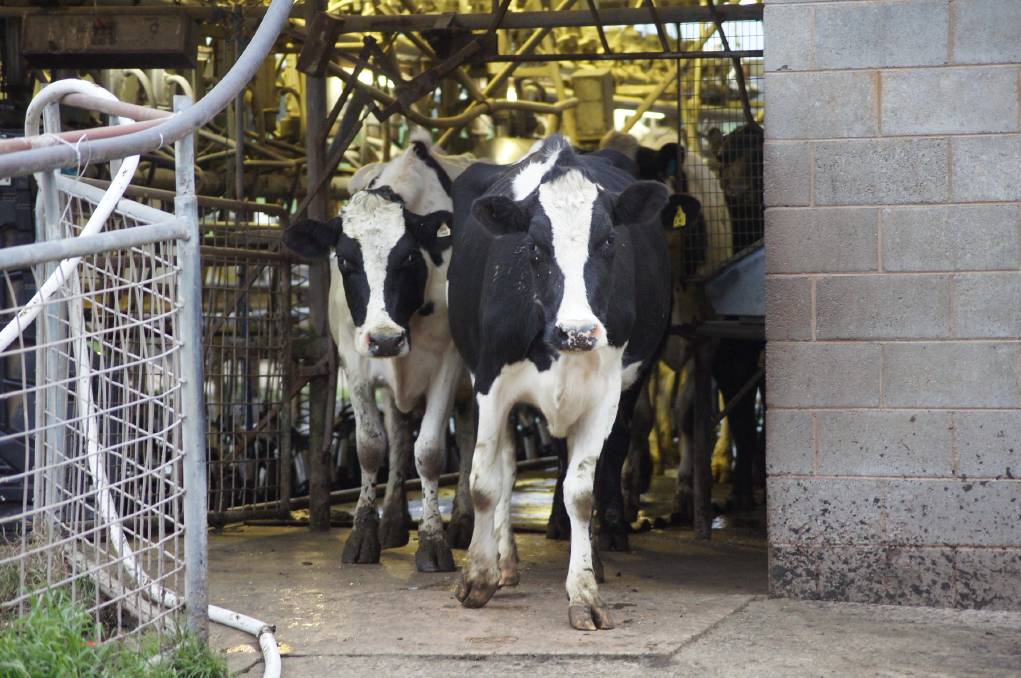 DAIRY leaders have expressed mixed reaction to the findings and recommendations of an extensive independent examination of competition flaws impacting their sector.

A report from an 18-month inquiry by the Australian Competition and Consumer Commission (ACCC) has made eight recommendations and identified the power imbalance between small farmers and big processors as “market failure”.

One of the leading suggestions from the examination that had broad reaching powers of investigation was for government to move to a mandatory industry code of conduct that could penalise and fine corporations for breaching rules.

ACCC Agricultural Commissioner Mick Keogh said the dairy industry had implemented a voluntary code of conduct which had improved the standard of arrangements between dairy farmers and processors, during its 12-months in operation.

But he said not all dairy processors had signed up to the voluntary code - which is currently under review – and it had “a number of weaknesses”; in particular no mechanism for dispute resolution.

“If a dairy farmer thinks what a processor is doing is in breach of the voluntary code, there’s no mechanism to have that dispute decided and let alone there’s no penalty for the processor as a consequence of that,” he said.

“In fact, the easiest mechanism for a processor who wants to break the code is to simply withdraw from the code because there’s no penalty and no compulsion associated with the processors’ participation in that.”

But dairy industry groups have maintained a degree of faith in the voluntary code and supported the ACCC’s findings going into its review.

“The benefit of the Code has always been that we can bring all of industry together in the one room to have an agreed set of parameters and conditions for processor contracts,” he said.

“The review was flagged at the time the Code was introduced last year, and the ADIC is committed to ensuring the review is conducted thoroughly and incorporates ACCC recommendations.”

Mr Richardson said the ADIC also supported the introduction of an independent umpire to mediate contract disputes between farmers and processors, as put forward in the ACCC report.

It recommended the dairy industry should establish a process whereby an independent body can mediate and arbitrate in relation to contractual disputes between farmers and processors.

The competition watch-dog said the ADIC should be responsible for establishing the body, and as part of this process should consult closely with farmer representative groups to determine the scope and procedure of the dispute resolution process.

“The ACCC also recommends that processors include detailed dispute resolution clauses in farmer contracts that allow for binding determination or arbitration,” it said.

“For the avoidance of doubt, this dispute resolution process should govern disputes between farmers and processors, and between collective bargaining groups and processors.”

Mr Richardson - also Australian Dairy Farmers (ADF) President - said the ADF was still working through the bulk of the ACCC’s recommendations but commended its calls to establish an independent mediator as an important safeguard of farmers’ interests.

“It is vital that we have a mechanism to ensure farmers are protected in any disputes and this will form a central part of the current Code of Practice review process,” he said.

“We recognise that there is some support for a mandatory code.

“However, we established the Code for the very reason that we could bring all of industry together in the one room to have an agreed set of values for processor contracts.

“ADF is taking a leadership role by reviewing the Code in consultation with our members, in line with a commitment we made when the Code was introduced and we will incorporate the ACCC’s analysis into our review process.”

ADF said the ACCC report also analysed the impact of $1 per litre milk, concluding that farmer earnings remain the same regardless of whether milk was sold as private label $1 per litre milk or branded milk.

But Mr Richardson said ADF’s concern had always been that selling milk as a loss leader at the rear of the supermarket at price points cheaper than water is a strategy that is not in the long-term interest of this industry.

“Once money departs the supply chain, it is never returned,” he said.

“We have always strongly argued that $1 per litre milk is not sustainable long term.”

Mr Richardson said ADF remained frustrated that the report again failed to acknowledge the relationship between retailers and processors.

But he said ADF would work with the federal government and industry to ensure the Code presents a strong voice for farmers.

“The ACCC has again highlighted the significant imbalance in bargaining power at each level of the supply chain, and ADF will work closely with all parties to ensure the Code adequately protects the interests of dairy farmers,” he said.

NSW Farmers’ Association Dairy Committee Chair Erika Chesworth said that the ACCC report’s recommendations focused on addressing the power imbalance between farmers and processors, but ignored the power of retailers.

“Farmers do not have sufficient power in their dealings with processors and this has resulted in milk prices and other contractual terms being imposed,” she said.

“The only way to effectively address this power imbalance is for the dairy industry to develop a mandatory code.

“A mandatory code will improve the power of farmers, by providing all farmers with legal protection, increasing the information available and enabling a fairer allocation of risk.

“The code will not be a silver bullet for farmers but it will give them a base level of protection and ensure that breaches are enforced.”

She said private label milk had reduced the money available in the supply chain and placed pressure on it which resulted in farmers’ milk price being “squeezed”.

“This inquiry was a once in a generation opportunity and it fails to undertake the actions needed to ensure a sustainable dairy supply chain into the future,” she said.

A Woolworth’s spokesperson said they were pleased to contribute to the ACCC’s inquiry into the dairy industry and noted its recommendations.

The competition watch-dog’s inquiry was initiated by Treasurer Scott Morrison, in response to large and retrospective reductions in milk prices imposed by two major dairy processors in April 2016.

Mr Keogh said in examining the impact of $1 litre milk – which started in early 2011 - on farmgate prices, the ACCC found almost all contracts for the supply of private label milk allowed processors to pass through movements in farmgate prices to supermarkets.

“Therefore, there is no direct relationship between retail private label milk prices and farmgate prices,” he said. 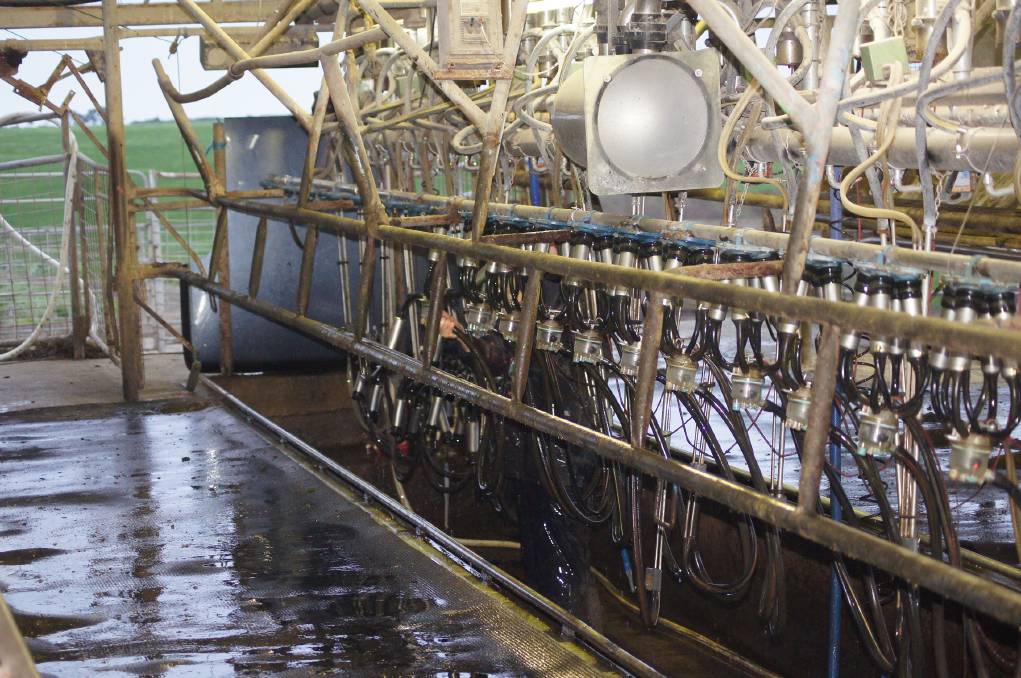 “Therefore, if supermarkets agreed to increase the price of milk and processors received higher wholesale prices, processors would still not pay farmers any more than they have to secure milk.

“Given this, the ACCC believes that increases in the supermarket price of private label milk are unlikely to increase the farmgate prices received by farmers, unless farmers have improved bargaining power in their negotiations with processors.”

WAFarmers said the 240-page report acknowledged two main concerns from dairy farmers; the lack of transparency about contract and pricing practices and the power this gave to processors, and the impact of $1 per litre milk within the dairy industry.

“Producers have very little negotiation power and are mainly price-takers because of the very nature of the product being fresh and perishable,” he said.

But Mr Partridge said his organisation was disappointed by the failure to recognise the loss of income and opportunity along the supply chain through the sale of $1 per litre milk.

“The ACCC has failed to recognise that a reduction in the price of private label milk caused a significant decline in the value of all milk sold, essentially dragging the market down,” he said.

“To say $1 per litre milk does not or will not affect farm gate prices, especially in WA, is flawed and we are frustrated that the report has not detailed how much it costs the supply chain.

“With that value taken out of the supply chain, it has made it harder for processors to invest in manufacturing infrastructure essential to manage seasonal variation and balance milk for the fresh market.

“This lack of investment certainly has a detrimental effect on the price paid at the farm gate.”

Queensland Dairyfarmers' Organisation said an initial perusal the report found it had not addressed the issue that $1 per litre private label milk placed on the industry.

“The report makes suggestions to retailers but nothing that would force pressure to bear,” a statement said.

“The impact on this is an unsustainable dairy industry in Queensland.

“This has flow on effects to the Queensland economy and ultimately to the price that Queenslanders will pay to have fresh milk freighted up from Southern states.”

DFMC Chair Andrew Burnett said introduction of a mandatory code was “vital” to creating a fairer industry, in particular to provide a remedy in the case of disputes.

“The mandatory code will also lessen the chance of disputes occurring, as all parties know that only genuine grievances will be addressed and resolved,” says Mr Burnett.

“DFMC is a long-term supplier to Lion Dairy & Drinks, with whom we have had dispute mechanisms in place for many years.

“Although it’s not been used for a number of years, it was an important element to ensure fair and constructive negotiations.”

DFMC said it also welcomed the ACCC report calling for an independent body involving industry expertise be formed for the purpose of dispute resolution, allowing parties to have the dispute resolved quickly, and not waste time and money finding an appropriate dispute resolution service or expert.

“The processor will usually have much greater resources and finance than any aggrieved farmer or group of farmers - a mandatory code and an independent expert will enable farmers to compete on equal terms,” Mr Burnett said.