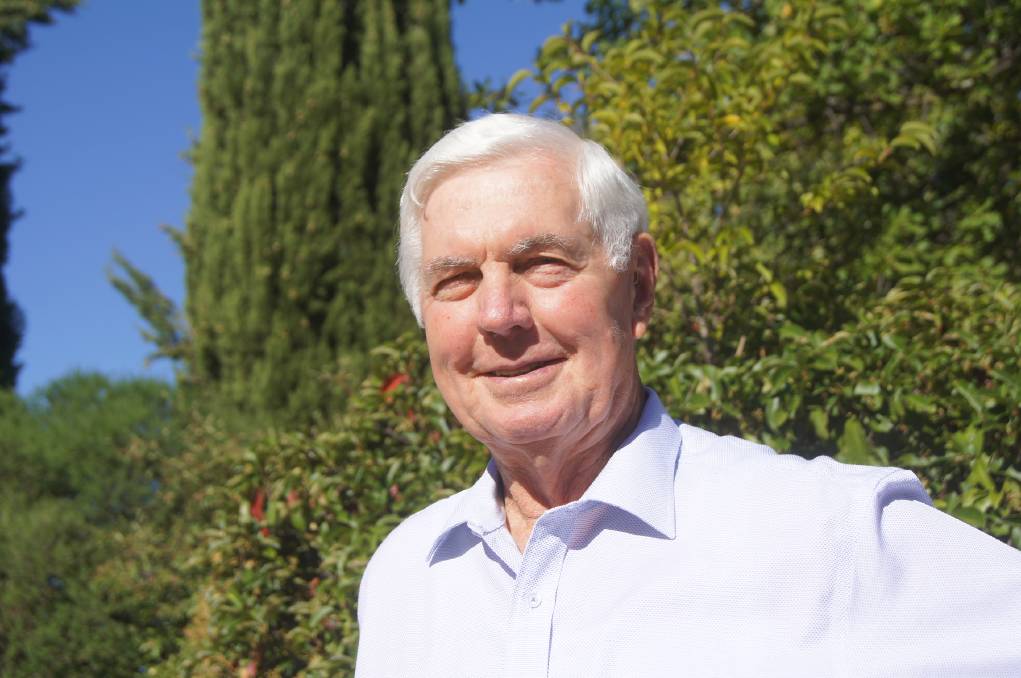 Australia’s National Soils Advocate Major General Michael Jeffery has a solution to the climate wars and farmers can lead the charge.

National Soils Advocate Major General Michael Jeffery says more than 6000 farmers have so far agreed with his theory on how to call a truce on the so called decade-long ‘climate wars’.

WHILE some commentators prefer to point the finger of blame at Tony Abbott for the failure of federal politics to resolve the nation’s vexed debate on climate change and energy policy, others prefer to offer a forward-thinking solution.

And Australia’s National Soils Advocate Major General Michael Jeffery says more than 6000 farmers have so far agreed with his theory on how to call a truce on the so called decade-long ‘climate wars’.

His battle-plan to broker political peace involves starting with the grass roots impacts that schemes like a carbon tax can have on Australia’s farmers; rather than making them an afterthought of public policy, and to then wear the brunt of increased costs.

A strategic map to political victory has been detailed in Major General Jeffery’s latest report, ‘Restore the Soil: Prosper the Nation’.

He has already presented his potential truce-treaty to Prime Minister Malcolm Turnbull and Agriculture and Water Resources Minister David Littleproud who discussed it at a meeting last week with his state ministerial colleagues, for their considerations.

The report’s top recommendation calls for agreement to be struck on a national soils policy with the objective of maintaining and restoring the health of Australia’s agricultural landscape through a coordinated and integrated approach.

Some say Mr Abbott was to blame for current Prime Minister Malcolm Turnbull losing his job as Liberal leader in 2009 because he wanted to negotiate an emissions trading scheme in a bipartisan move, with the then Labor leader Kevin Rudd.

But a more telling picture of history says Mr Turnbull was voted out because he was looking to do a deal with Mr Rudd without properly acknowledging the serious concerns shared by rural politicians in the Coalition, especially the Nationals, with their leader charging ahead while ignoring real life impacts on farmers and rural people, to appease city-based ideological outcomes.

In other words, it was fine to make farmers wear the costs, so long as Labor and city-centric Liberals or others won a few more votes in metropolitan electorates.

Some see the slim one vote victory by Mr Abbott as a sliding doors moment in Australian political history and the climate debate.

But Major General Jeffery believes it’s time to look forward at a current solution, rather than extending political vexations among warring tribes, and sees his new study and its 10 recommendations as an elucidation of the central task of leadership.

“I see this report providing a very good catalyst for all political parties coming together to support what are common sense objectives not just for farmers but the Australian public,” he said.

“There’s an even wider benefit in that the knowledge we develop here and the actions we take here can also be exported and used overseas for other countries that are facing similar problems.

“The public would really like to see parliamentarians of all persuasions coming together on at least one issue of national significance and working together as a totality because this challenge is not a political subject.

“It is something that is apolitical and therefore it can be supported by all political parties and I would encourage the public themselves to get behind the initiative, which is what we want.”

The report by the National Soils Advocate - a position established by former Labor Prime Minister Julia Gillard - calls for a collective effort from all of the responsible ministerial portfolios across governments in agriculture, environment, health, education, defence, Australian aid, indigenous affairs, regional development and industry.

That’s opposed to the nasty surprises and backlash that often ignites from operating in political silos.

Major General Jeffery said Agriculture Ministers throughout the nation had an important role to play but the policy itself, to restore and maintain the health of the Australian agricultural landscape, should have a whole of government input “because patently there’s a health input”.

“For example, if the Health Minister can see a $20 billion saving because kids are eating healthier food then she or he might say ‘well I’ll put half of that into better supporting our farmers to produce food with higher nutrition content to help improve health’,” he said.

“And it’s the same for the Environment Minister with long-term savings from investing in soil health and the work farmers do and the same with Regional Development or Education etc etc.”

Major General Jeffery said proceeding to end the decade long carbon wars was also an outcome that should motivate political attention and action, around his new report.

“In terms of climate, the real potential that a well-managed Australian agricultural landscape provides is the potential to sequest a lot of Co2 and perhaps you could sequest as much as you’re putting out through all industrial emissions - 500 to 600 million tonnes per year - including coal fired power stations,” he said.

​“That would then make our emissions neutral which then gives everybody time to make the transition from fossil fuel energy to renewables without putting pressure on people to do things too quickly or increase electricity costs and energy prices as a result.”

Major General Jeffery said he hoped the Agriculture Ministers would view his report favourably and agree to all 10 “sensible recommendations” which can then provide the basis for a whole of government response to it.

“There’s 120,000 farmers looking after 60 per cent of the Australian continent and they’re under huge pressure to produce clean green and cheap food and fibre,” he said.

“But they’re also under huge pressure to restore and maintain the health of their landscape for which they carry most of the debt burden and I think that is unfair.

“I’ve spoken to about 6000 farmers in the past three or four years and nobody has poked me in the chest to say I’m wrong or that I’m on the wrong track with this work and that’s been very encouraging.”

The report has recommended Australia’s water, soil and vegetation be declared key national, natural strategic assets, to be managed accordingly and in an integrated way but also warns if any one of the three is poorly managed, the other two will “inevitably fail”.

It also says the public’s view of the work done by farmers to manage the water, soil and vegetation on 60pc of the nation’s landmass is “largely invisible”.

“Ministers thanked the soil advocate for his contribution to policy developments in soil science,” it said.