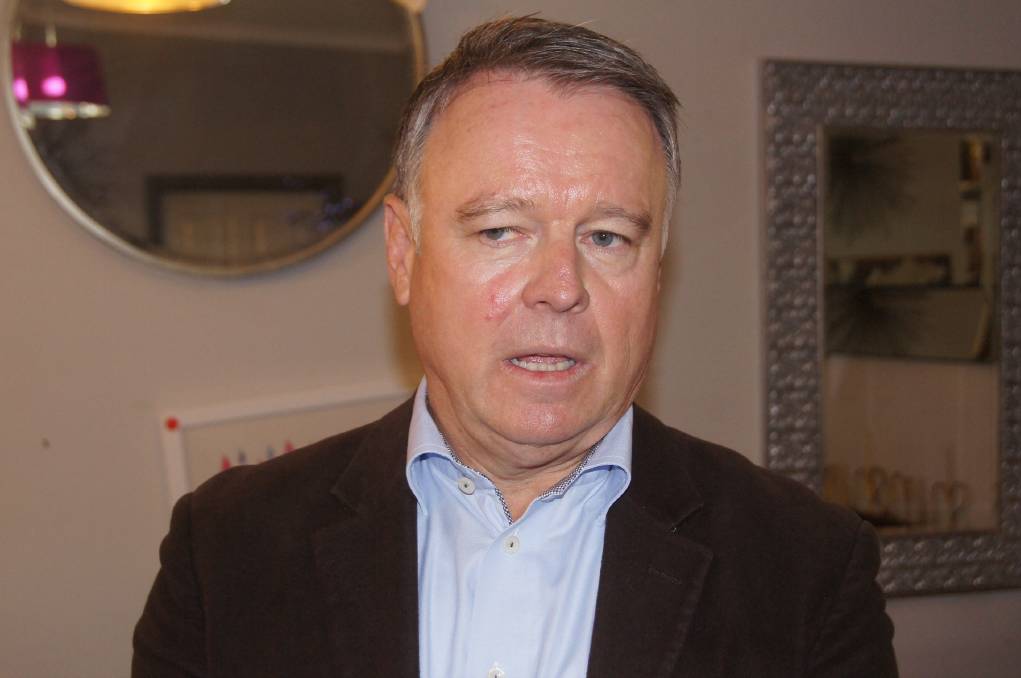 LABOR has been broadly slammed for a “reckless” decision to backflip on policy and support banning live sheep exports.

LABOR has been broadly slammed for a “reckless” decision to backflip on policy and support banning live sheep exports; a move critics say punishes farmers and others that have done nothing wrong.

Labor Shadow Agriculture Minister Joel Fitzgibbon said his party’s new view was the live sheep trade had “no future” but the meat processing sector had a “bright” one.

“We can increase producers' profit but we see no future for the live sheep export trade,” he said.

“I accept that will take a number of years - it can't be a decade - we must move more quickly than that.

“The market is changing and if we want meat producers to have sustainable profitability, we need to work on that transition now.”

Shadow Minister for Agriculture @fitzhunter: We don't see a future for live sheep exports. The market will take care of it in the longer term but if we want producers to be sustainably viable, we need to help them through the transition.

Australia exported about 2 million live sheep last year with a mortality rate of 0.7 per cent, or 99.3pc delivery success rate.

As the Labor announcement was made, Animals Australia and RSPCA Australia each offered to contribute $500,000 to a structural adjustment package for sheep producers if the Turnbull government pursues a phase out of the $250 million live sheep trade.

But farming leaders and exporters say the Labor decision would decimate their industry while Prime Minister Malcolm Turnbull also attacked the policy backflip as being “reckless”.

Mr Turnbull said Labor had responded to “political sentiment” in repeating the same mistake it made under Julia Gillard when it banned live beef exports to Indonesia in mid-2011, devastating the industry and damaging relations with Jakarta.

That decision is now subject to a $600 million class action claim against the commonwealth to try to recoup losses caused by the snap ban by cattle producers and other supply chain participants.

“What the Labor Party has done today has just shown how reckless they are in protecting the jobs of Australians,” Mr Turnbull said.

“We should make decisions about our big export industries with the benefit of science and education.

“We are not going to be making emotional and reckless decisions that will put Australian farmers at risk."

Mr Turnbull said the government was waiting for the McCarthy report that was commissioned by Agriculture and Water Resources Minister David Littleproud following the recent revelation of issues with heat stress management on live sheep shipments to the Middle East.

“We understand that Australians expect and we should all expect that sheep, cattle or any livestock that is exported, should be done in a humane way, and we are going to ensure that it is,” he said.

“We'll have the standards, the inspectors and everything will be in place to ensure we don't see a repetition of those shocking scenes.

“That is our commitment, that every step of the way we will be making for the benefit of the best scientific and visionary information.

“(We) will have all of that information - we will look after the well-being of the animals and we will not be making more emotional and reckless decisions that will put Australian farmers at risk to undermine one of our biggest export industries to appeal to a political sentiment at one point in time.” 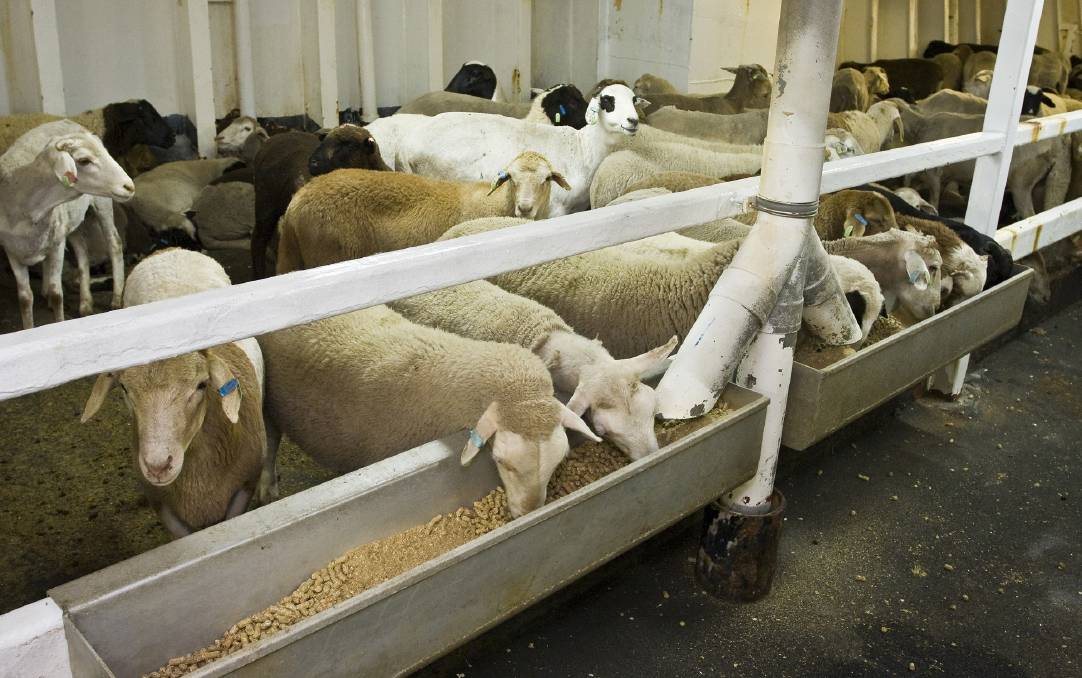 Australian Greens leader Richard Di Natale said his party welcome Labor’s change of heart on live sheep exports “but there is no need to wait until the next election to act”.

“With the support of Labor and three crossbench members in the Senate and then two Liberal members and all independents in the House we could see an end to this cruel and heartless trade within two years,” he said.

But Mr Littleproud said Labor had “rushed to a knee-jerk ban, punishing farmers who have done no wrong”, with the McCarthy Review into the Middle Eastern summer sheep trade due in two weeks.

“Those farmers and businesses still traumatised by Labor’s snap ban on live exports in 2011 must be tearing their hair out,” he said.

“Labor does not have the temperament to lead this country as it refuses to wait for the evidence.”

Mr Littleproud said on April 19, Labor leader Bill Shorten said of the McCarthy Review that ‘we will honour our commitment to await its findings’ but “today he broke that commitment for a political stunt”.

“Labor also gave a commitment to move forward in a bipartisan way so any solution would not change when government next changes,” he said.

“Today Labor also broke that commitment for a political stunt.

“I said on day one: if the rules weren’t broken, they need changing.

“If people have done the wrong thing, they should be nailed.

“The independent regulator must work through that in a sensible, methodical way.

“Rushing investigations and cutting corners does not lead to successful court results or penalties.

“The farmers whose lives Labor is playing with are real people with real children and real bills to pay.”

Mr Littleproud said it was “amazing how quickly Labor has forgotten 2011”. 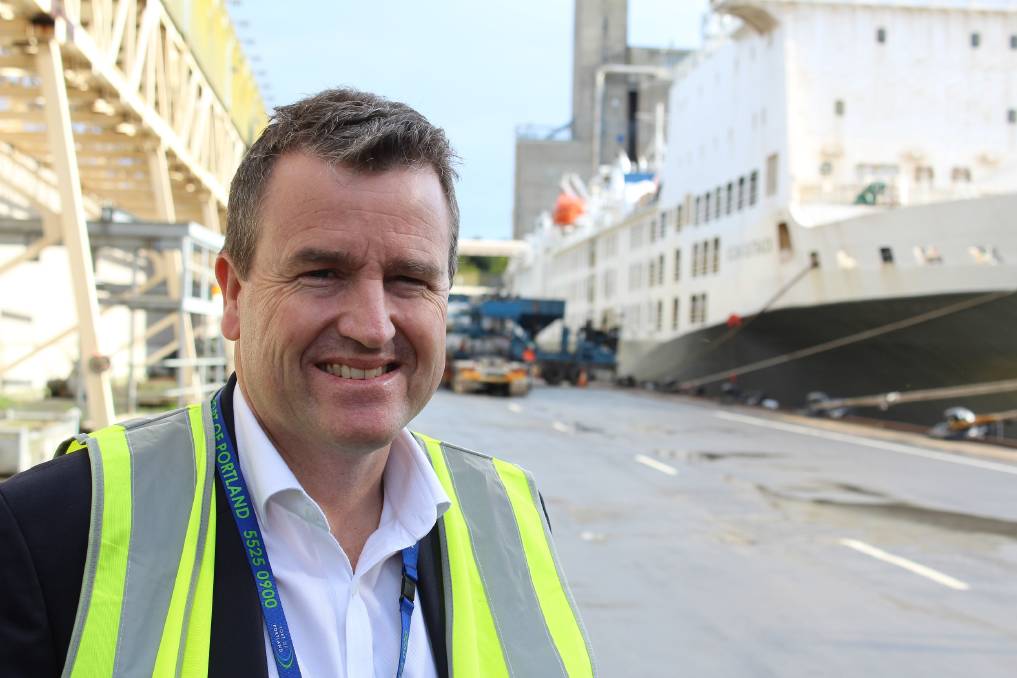 “We will have more to say on issues around live export soon,” he said.

Farmers and exporters hit back

WAFarmers rejected Labor’s trade ban demand saying there was a need to stop cruelty, not the trade.

“We urge any decisions of real significance to await that report - until then, we remind all of government and the wider public that a ban is not the answer.

“The livelihoods of farmers and the health of their communities across the nation would be put at significant risk by a ban, especially so for Western Australian producers who represent 85 per cent of the national trade.

“Further, without very careful and considered processes, there will likely also be downward pressure on overall sheep flock size.

“We have seen from past experience that a ban on live export is widely destructive to regions and regional communities.

“We implore those in power not to make the same mistake twice.”

Mr York said the entire live export industry was committed to working towards improving animal welfare standards to ensure livestock are treated as humanely as possible at all stages along the live export supply chain.

“Already, the live export industry has committed to reducing stocking densities on ships bound for the Middle East during northern hemisphere summer conditions,” he said.

“This is the first tactic to be introduced within a comprehensive and carefully considered review into the trade.

“The review hopes to involve all stakeholders it can – exporters, regulators, processors and producers – in order to be as inclusive and well informed as possible.

“We hope this step will be bolstered by recommendations from the McCarthy review to improve, not shut down, the trade.”

WA Pastoralists and Graziers' Association (PGA) President Tony Seabrook expressed “deep disappointment” at Labor’s decision and called on the federal opposition to allow due process to occur in relation to the review of the live sheep export industry.

“For political parties to be calling for the cessation of an industry is totally irresponsible,” Mr Seabrook said.

“For Western Australian sheep producers any diminishing of this trade would severely damage our industry - 1.7 million sheep worth $250 million are exported live from WA per year.

“If this trade is shut down we will see a total collapse in sheep values and the incomes of all those involved.”

“The welfare of animals needs to be assessed on a scientific, evidence-based platform to ensure that reforms deliver long-term changes thus enabling a vital industry to Western Australian producers to continue.”

The Australian Livestock Exporters' Council said it was important that the findings of the Minister’s review, expected to be announced next week, are not pre-empted.

“The welfare of the animals and the livelihoods of Australian farmers rely substantially on a rational, evidence-based response that delivers long-term change,” he said.

“If live sheep exports were to cease, Australia would be neglecting its responsibility as a world leader in animal welfare and the driver of ongoing improvement of global livestock practices.

“The sweeping reforms endorsed by ALEC members on April 18 proves our industry is following through on our promise to drive cultural change.

“We are embracing reduced summer stocking densities, independent observers on voyages and using the latest science to measure livestock welfare.

“We are united with farmers in our commitment to strengthen welfare safeguards and we invite political and welfare representatives to sit-down with us to discuss the importance of maintaining an ethically and economically sustainable live sheep trade.”

“While this is a good first step, the Labor Party must move quickly to implement a ban on the export of all live animals, not just sheep,” he said.

“They must also reassure the community and give an ironclad guarantee that what Joel Fitzgibbon said today is indeed the policy that they will take to the election.

“The government’s suggestion that we need to wait for the evidence before acting is absurd – the evidence is already there because we’ve seen exposé after exposé of animal cruelty in the live export industry for years.”

Mr Fitzgibbon told Sky News “by its own admission, the live sheep trade sector this week has said that it is impossible to absolutely guarantee we can avoid high mortality rates in the future”.

“We need in this country a strategic red meat plan – one which adds value here, creates jobs here and one which I believe can lift the profitability of the farmers,” he said.

“We don’t want to impose a transition out of this sector.

“We want to work with the framers and the sector more generally to transition out of live sheep exports in an orderly fashion, in a way that creates jobs here and lifts the stocks of farmers.