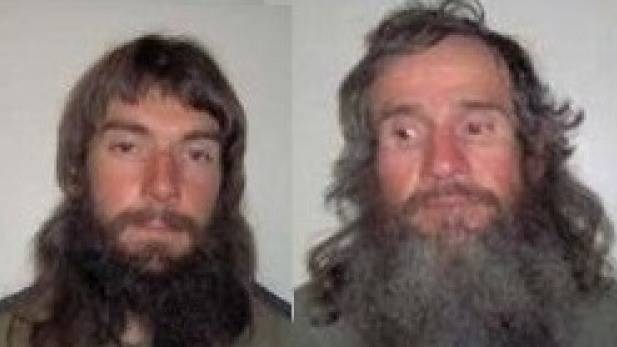 Read an extract about the Stoccos' time on the Border from Nino Bucci's book.

They were painted as bushrangers, ghosts in the night, modern-day swagmen drudging over the similar territory Ned Kelly and Mad-Dog Morgan had before. A father and son who captured national attention evading police.

Like most of the nation, Nino Bucci, then based in Melbourne with The Age, was captivated.

“Every crime story you do, you know there is some backstory, stuff about the victim or crooks that you haven’t been able to uncover but with these two in particular there were so many interesting elements that cried out to be explored,” he said.

In The Stoccos, Like Father, Like Son, Bucci explores the mystique of the pair, who stole identities from Albury, had a register address in Wodonga and traverse the Border and beyond while on the run.

“At the time there was an air of almost the comedic about it,” he said.

“How these guys who looked a bit funny, a bit like bushies, were basically leading police on a bit of a merry dance.

“It’s a strong narrative in Australian history – people rolling dice against police and not being too afraid of consequences and the rest of society kind of delighting in the fact they've got the balls to do that and this was kind of a modern iteration of that.

“It was quite remarkable but it was also very confronting to people who had thought that of them that when after they were arrested they were charged with murder.” 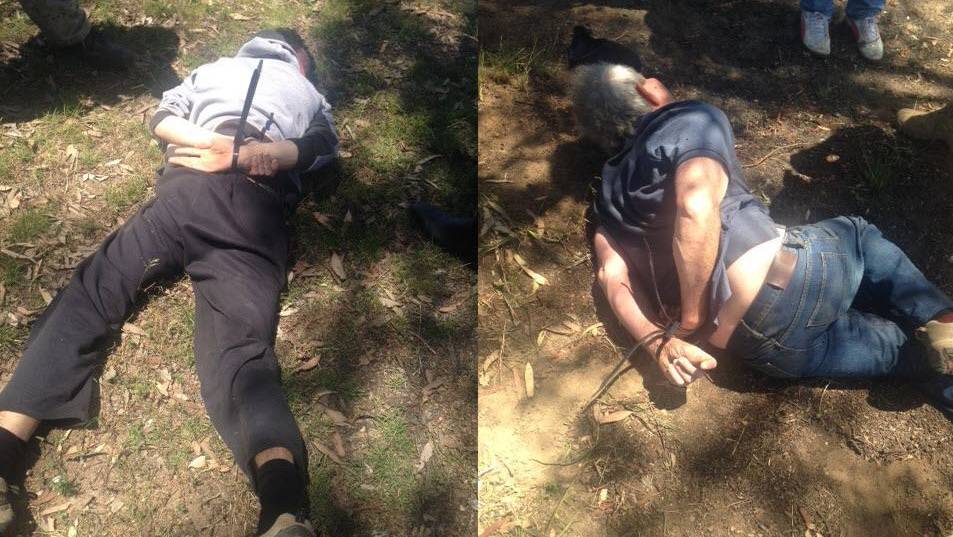 In his research, Bucci met those who knew the Stoccos to discover more about their temper, close relationship and how they evaded police.

“They did little things like put hessian bags on the roof so the car couldn’t be seen from the air and flicked the tailgates down so the number plate couldn’t be seen when they were stopped anywhere,” he said.

“There was a bit of a misconception they were really good survivalists, people who knew how to live on the land which was not entirely true – it was more they were adept at scavenging and stealing than they could have survived for weeks by selves.”

Even despite his research, Mr Bucci said one thing he still couldn’t truly understand was their relationship.

“I don’t think we’ll ever truly understand why Gino’s influence over Mark was so absolute, and how it became something that completely defined and ruined his life really,” he said.

“When you talk about someone who was going quite well at university, had a fairly stable upbringing and looked as if they were going to become a pretty successful adult and within a 15 year period they’re being jailed for murder – the only real reason for that is his father.” 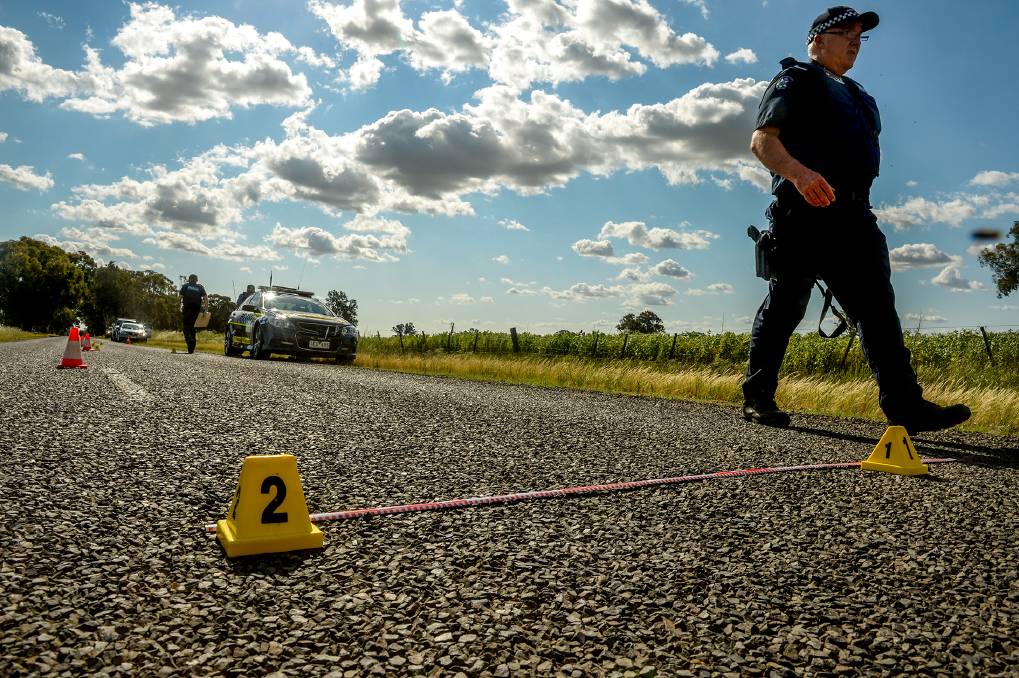 Gino and Mark had slipped away down an unmarked  logging or fire trail, and were bumping along, eyes on the rear-vision mirror, the fuel gauge and the bush that held them to her bosom.

There appeared no way the pair could beat the cordon again, given where they had last been seen, and police had intelligence that suggested they could have found another lair, though Nugent will not detail the nature of this information.

It is still not entirely clear how, but as a small army of police waited and watched the verdant green of the Yarra Ranges, the fugitives were driving towards the patchwork of paddocks in north-east Victoria.

They were just up the road from the Big Ned Kelly, a six-metre, one-and-a-half-tonne fibreglass statue in Glenrowan, when they next came across police.

About 2pm on 22 October, two Cobram highway patrol officers pulled over a white LandCruiser for a routine check on a road near Lake Rowan, north of Benalla.

The officers were pretty sure it wasn’t the Stoccos: the car looked to be an earlier model, and the numberplate was different.

They were also almost 200 kilometres away from where the pair had last been seen, about thirteen hours earlier, and police down that way were pretty sure they still had them cornered.

But, as the officers were getting ready to get out of their black patrol car and speak to the driver, he abruptly reversed, smashing the LandCruiser into their car, and sped off.

The officers saw that there was a passenger inside the ute, too. Both men were wearing high-vis vests, and a light had been placed on the dash, as if to warn about a wide load travelling behind.

It all happened so quickly, though, that the officers did not notice much else. The LandCruiser, with its towbar, had disabled the patrol car on impact, so they could not give chase even if the new pursuit policy had allowed it.

Police quickly hosed down speculation that the incident at Lake Rowan was linked to the manhunt.

‘Police don’t believe the Stoccos were driving the vehicle involved in the ramming of the police car near Lake Rowan,’ a spokeswoman said.

‘As confirmed earlier, we will continue to focus our search for the wanted father and son in the Yea area.’

‘We will also increase patrols in the Lake Rowan area searching for the vehicle involved in ramming the police car.’

Media described the ramming as a red herring.

But it had been Mark and Gino, and, the next day, the police conceded they had got it wrong.

‘We can now confirm that it is our view both Stocco and Stocco, the father and son, were in the LandCruiser that reversed into the police car,’ Nugent told media on the morning of 23 October.

As Tony Wright wrote in an article in The Age headlined ‘Gino and Mark Stocco – will o’ the wisps in Kelly Gang country’, ‘A red herring had, you might imagine, turned into red faces.’ The information that proved the Stoccos had backed into police came after a sighting was reported in Bairnsdale, in East Gippsland, hundreds of kilometres from where police had been focusing the search.

The pair had been seen leaving a supermarket, and were driving the same LandCruiser, but not with Rogers’s plates.

They were using Victorian plates stolen from near Wagga Wagga – the same plates seen on the ute involved in the ramming.

Inside the supermarket, a person had heard the pair arguing, they would later tell police. An air of vaudeville surrounded efforts to catch the Stoccos.

Twice, they had been so close that police could almost touch them. And yet they had slipped away both times – once after literally running into police.

The Stoccos had managed to drive from the New South Wales border to the north, to Bairnsdale in the east, almost 400 kilometres away, at least once while supposedly surrounded by a police cordon.

The increasingly familiar images of the pair at Euroa, two blokes who looked like farmers driving a farmer’s ute, were juxtaposed with images of heavily armed police, some in camouflage gear, as if on safari or in a war zone, wandering around regional Victoria, seemingly waiting for one of the Stoccos to leap from a paddock, so they could take a ping. 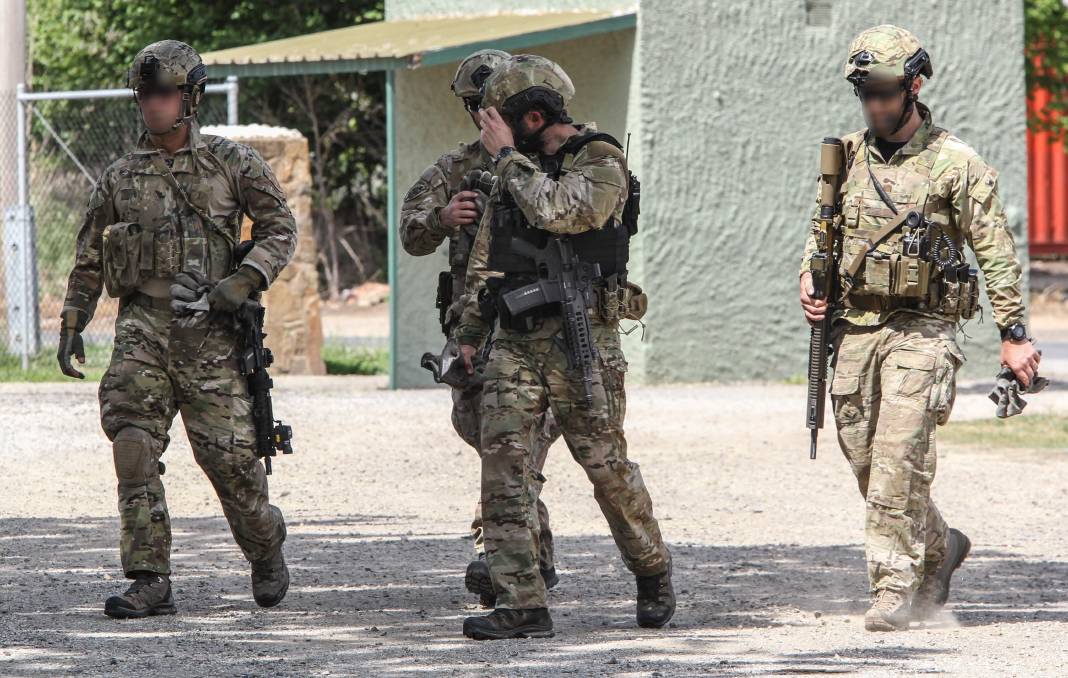 One online news story featured a photo of a single police car in a country town, an image as telling as any other about the futility of the search: the Stoccos could be anywhere, so the police may as well be too.

On social media, people were transfixed, and Stocco memes were quickly created and shared. ‘Where’s Wally?’ was modified to ‘Where’s Stoccos?’, the pair were declared 2015 Hide and Seek champions, and Mark and Gino’s heads appeared on top of the leaping silhouettes borrowed from Toyota’s ‘Oh What a Feeling’ campaign.

Most of the material was at least indirectly critical of police. One popular meme featured Chief Wiggum, the bumbling police officer from The Simpsons, saying the fugitives were pinned down in an area bordered by Mallacoota, Perth, Broome and Thursday Island.

The mockery of the force was, as Paul Rogers alluded to, something many Australians took particular glee in. 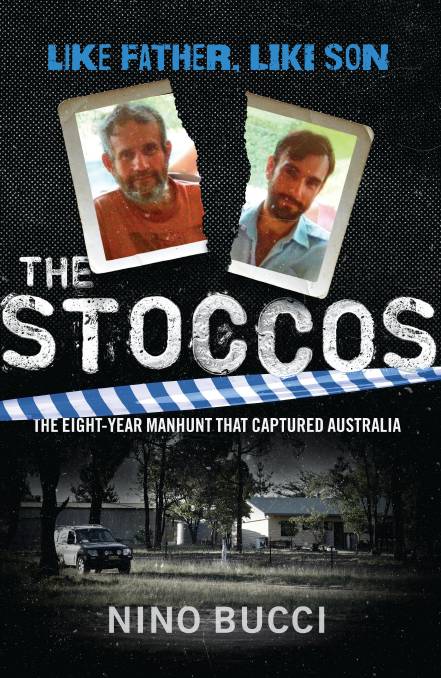 But there did appear some grounds for concern about how the search for Mark and Gino was progressing.

In the days since the Stoccos had shot at police in Mangoplah, and they had become the most sought after fugitives in the country, hundreds of police had been tasked with finding them.

But there were holes appearing in the  force’s knowledge of the pair, and in the plans to capture them.

What chance did the public have of spotting the pair if two policemen who had their car backed into were not even able to recognise them or their vehicle?

How many stolen numberplates did they have access to? Had the Stoccos been underestimated from the start?

Extract from The Stoccos, The Eight-Year Manhunt that Captured Australia by Nino Bucci. Published by Viking, RRP: $34.99 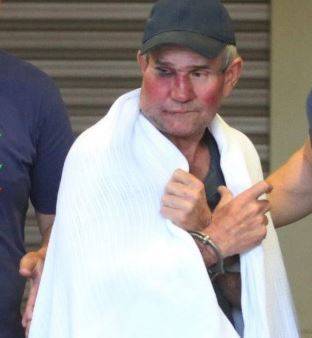