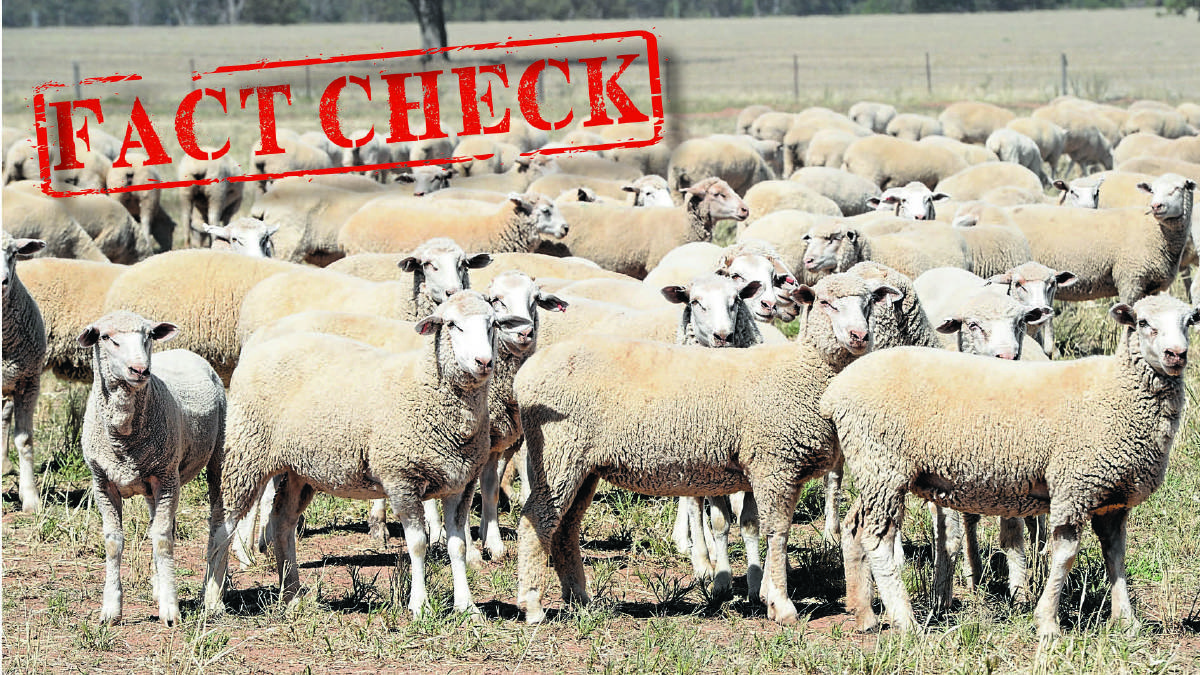 Experts respond to PETA claims on drought and sheep welfare.

The release also suggested farmers were killing baby lambs in the process of destocking, lambs that had already been “repeatedly mutilated during shearing” and “suffered barbaric treatments such as mulesing, ear-tagging and castration”.

We spoke to experts to find out just how much real fact was behind PETA’s assertions.

“Now farmers are complaining that the big dry means that they are having to “de-stock” or, in plain English, kill thousands of animals even earlier than they would usually be killed.”

Destocking does not necessarily mean sending animals to slaughter, and it rarely means animals are processed younger than they normally would be.

In fact, at the moment, restockers in southern districts of eastern Australia are paying top money for young lambs.

The outlook for both the wool and lamb market is extremely robust so anyone able to maintain or build their flock will be looking to do just that, market analysts with Mecardo Angus Brown and Matt Dalgleish said.

“This drought is impacting NSW the most, so producers in other states are looking to snap up those young sheep on the market,” Mr Dalgleish said.

Along with the season, other factors are fueling higher sheep slaughter figures.

“Strong wool and lamb prices over the last few years meant a lot of people held stock longer in an attempt to build the flock to capitalise on those markets,” Mr Brown explained.

“That stock is now starting to flow through to slaughter.”

Mr Dalgleish said another reason the mutton slaughter figures were elevated in NSW was the fact South Australian processor Thomas Foods International was offline (due to an abattoir fire early this year).

Numbers that would have been going to TFI are now being dispersed elsewhere and NSW would be taking a fair volume of those sheep, he said.

“Most of the animals in the annual sheep slaughter are little more than babies and many will have suffered barbaric treatments - mulesing, ear-tagging, castration, and mutilation during shearing .”

Sheep and wool producer and former AWI board member Chick Olsson said 80 per cent of Australia’s sheep flock are now being treated with voluntary pain relief.

He said nowhere else in the world was there such a good record of animal husbandry.

On the issue of ear-tagging, Australian Wool Growers Association director Martin Oppenheimer said the procedure was developed with animal welfare experts and caused very little, if any, stress to animals.

"Ear-tagging is seen to be a very low problem as far as animal welfare goes," Mr Oppenheimer said. 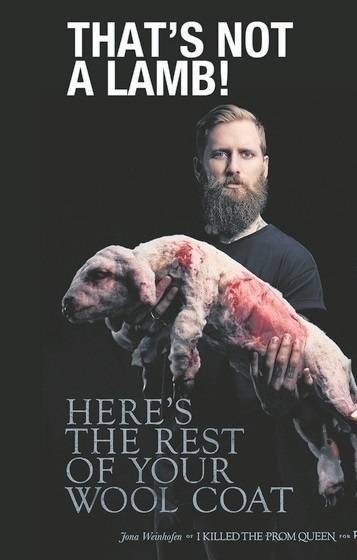 We all remember PETA's ad featuring a foam lamb which sparked uproar nation-wide in 2015. Read how shearers responded.

"Shearing must be practiced for the health and hygiene of each individual sheep," he said.

“Unshorn sheep ultimately become immobilized by the size of their fleece. Increased weight increases the risks of becoming cast and development of abscesses in hooves, predator attacks.”

Mr Oppenheimer said the sheep  industry had also come a long distance in a short space of time on the practice of mulesing.

“The numbers coming out of the national wool declaration highlight this for mulesing - the amount of non-mulesed wool available for sale now - and the amount that is treated for pain relief, we have seen massive changes,” he said.

“The Climate Council has concluded that droughts are likely to worsen in severity and duration in southern Australia if greenhouse gas emissions are not cut deeply and rapidly. The quickest way to achieve this is to eliminate the wool and sheep meat industries.”

According to the Commonwealth’s National Greenhouse Gas Inventory Report, Australian agriculture created about 69 million tonnes of carbon dioxide equivalent (CO2e) greenhouse gases in 2016, of which around 14Mt were emissions from sheep.

Professor Mark Howden is director of the Climate Change Institute at the Australian National University.

He established the inventories of agricultural greenhouse gas emissions from Australia and internationally.

Sheep and wool production is one element of the livestock sector, which overall contributes a tenth of Australia’s annual greenhouse emissions.

“Even if you got rid of sheep entirely, they are only a small percentage of Australia’s overall emissions. That’s not to say it’s a trivial amount, it all counts,” Mr Howden said.

“But the point is, if we cease production for wool clothing than we would have to replace it with other products, which have their own greenhouse emissions, so the reduction would be offset.

“Also, with meat that would also have to be replaced - with other forms of meat from pork or chicken, or from vegetarian sources. Everyone one of those sources has a greenhouse footprint, some more than sheep, some less.”

It is worth noting in relation to PETA’s claim that ending wool and sheepmeat production is a shortcut to reducing emissions, that the current national flock would not stop eating grass and emitting greenhouse gases.

Presumably we would have to wait for the current numbers of sheep, which have an average lifespan of 10 years, to die of natural causes.

Agriculture is third largest industrial sector in terms of greenhouse emissions in Australia. The largest is electricity production with 36pc followed by transport with 18pc.

Electricity production and transport are increasing uptake of emissions reduction strategies, with  well-established pathways to reduce emissions through solar and wind generation, as well as electric and hybrid vehicles.

“We can preserve natural ecosystems by not buying woollen garments...”

Sustainability consultant and agricultural scientist, Jane Milburn said the only alternative to natural fibres, such as wool, were plastic fibres known to shed harmful microplastics into the environment.

While some groups are looking at solutions like waterless washing machines and special filters, experts like Ms Milburn say the best defence against microplastics from clothing is to use natural fibres.

“Also natural fibres like wool last a very long time and we should be wearing them until they wear out,” she said.

“They also don’t require as much washing as plastic fibres because the fabric breathes.

“Instead of not wearing wool, our goal should be to raise sheep and other natural fibres in regenerative agricultural systems.”

Drought: pulling the wool over our eyes

Drought: the word causes shivers of fear in many Australians, particularly those in the bush. A 2015 poll found that people were more worried about drought than any other consequence of climate change.

Now farmers are complaining that the big dry means that they are having to “de-stock” or, in plain English, kill thousands of animals even earlier than they would usually be killed. Meat and Livestock Australia have revised the number of lambs that will be slaughtered this year to 22.85 million, while sheep slaughter is expected to reach 7.8 million, totalling an astonishing 30,665,000 animals, most of them little more than babies. Many of these animals will have suffered barbaric treatments such as mulesing, ear-tagging and castration, and will have been repeatedly mutilated during shearing.

The Climate Council has concluded that droughts are likely to worsen in severity and duration in southern Australia if greenhouse gas emissions are not cut deeply and rapidly. The quickest way to achieve this is to eliminate the wool and sheep meat industries. These businesses add significantly to greenhouse emissions through “enteric fermentation,” or animals belching and passing gas, as well as causing vegetation change and soil erosion and water pollution through faecal contamination and sheep dips.

For the farmers, it’s an easy equation: if you can’t feed them, don’t breed them. The rest of us can take a stand for animals, and help to preserve natural ecosystems by not buying woollen garments, and not eating baby lambs.