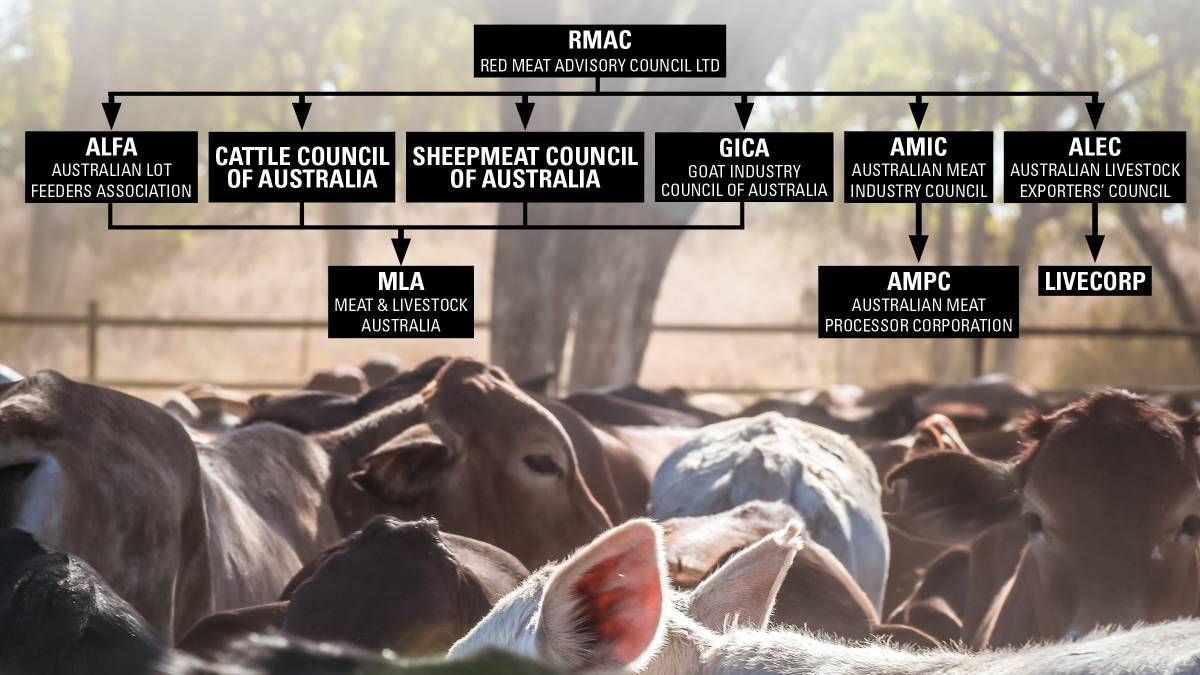 Red Meat's industry structure: Are there too many CEOs and chairmans?

Claims too many industry groups equals levy money down the drain.

A growing number of meat producers and processors are increasingly uneasy about their levy funds being wasted by peak industry groups duplicating each other’s roles, industry sources say.

The idea that red meat has an excess of chief executive officers is being bandied around, along with talk that one research and development corporation and one advocacy group would suffice.

The fact that bickering between the groups is starting to overflow into the public arena is a good argument for a cull, some levy payers believe.

The latest episode to spark internal sniping has been the announcement by processing research and development arm, the Australian Meat Processor Corporation, of four new high-level staff.

They cover areas including economics, human resources, meat science, hygiene and research project management - areas the industry is arguably awash with expertise in, both within other peak groups and in private business.

AMPC boss Peter Rizzo defended the appointments saying only one of the four positions was actually a new role, agricultural economist George Revell, with the others replacements due to natural attrition.

“We are an RDC for a commercial industry sector so economics should be at the core of what we do,” Mr Rizzo said.

AMPC’s budget for staff appointments would actually be lower than last year’s, he said.

People in both the processing game and in cattle and sheep production told Fairfax Media the appointments were an example of the same job being done twice within the industry at the expense of desperately-needed investment in research projects and marketing.

Cross-over was becoming more pronounced as industry groups sought to establish their relevance and there was an increasing amount of “competing in the same space”, one processor source said.

Others referred to industry group fighting over the objective carcase measurement technology known as DEXA as an example of “territory marking”.

Cattle Council of Australia’s David HillI said it was a frustration for everyone who paid a levy in the red meat industry that “the best bang for our buck” might be giving way to organisations “all trying to protect their own patch.”

“We all understand there is a limited resource in terms of R&D and marketing funds,” he said.

“We miss opportunities all the time because we get tied up in internal politics and sector-versus-sector thinking, rather than working as a supply chain.

“If we all focus on delivering for the consumer and working throughout the supply chain to drive efficiency and ensure consumer willingness to pay for the product, that’s the answer.

“This (doubling up of expertise) is just one symptom of an ongoing problem.”

Chair of Cattle Producers Australia Paul Wright went as far as to say the system was dysfunctional.

Not only was there duplication but there was contradiction in representation that was severely hurting the industry, particularly the producer, he said.

However, Mr Rizzo, and other meat industry group CEOs, said the perception that efforts were being duplicated was misplaced.

Mechanisms were in place behind spends that prevented duplication, he said.

“To get access to matching funding from government we have to go through compliance involving ourselves and Meat and Livestock Australia (the producer R&D body) to ensure there is no duplication,” he said.

Further, different sectors have different priorities so one RDC for all could never work, he said.

“Ultimately, all work produces a benefit for the whole of industry.”

Ultimately, all work produces a benefit for the whole of industry.

Australian Meat Industry Council’s Patrick Hutchinson said other countries had tried to establish one RDC and one advocacy group, including New Zealand, and had not been able to make it work.

The answer, he said, was more about creating alliances.

“We must have the ability to be able to come together on specific high-level areas to provide governments with an understanding of what the total industry requires,” he said.