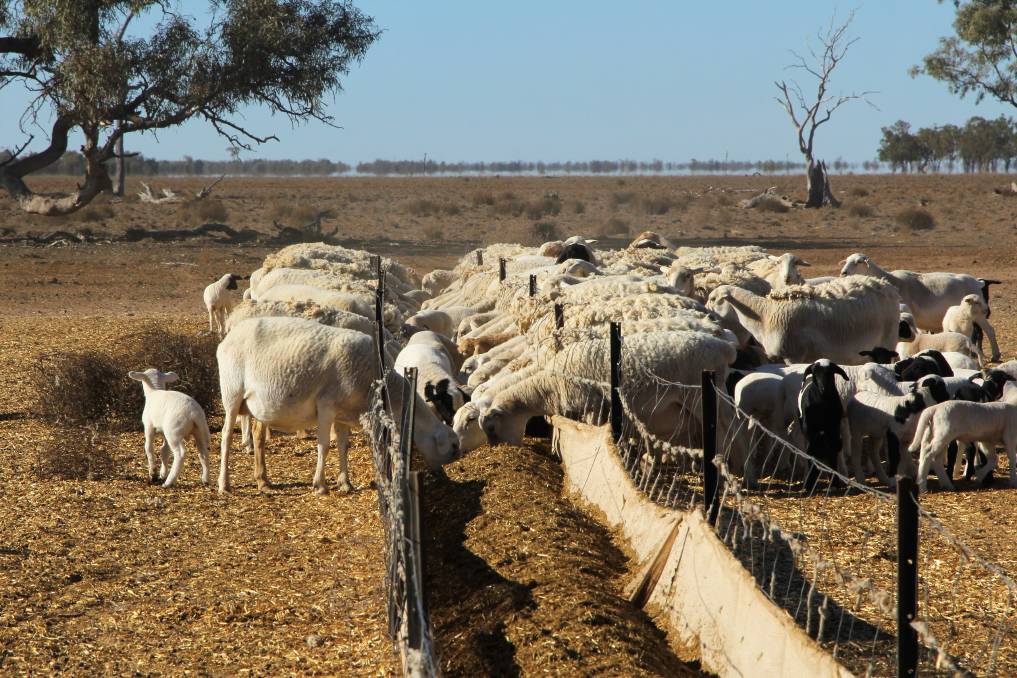 Some top tips for sheep producers drought feeding this lambing.

Sheep producers are being urged to consider best practice advice on drought feeding as the spring lambing ramps up across very dry parts of eastern Australia.

Sheep consultants say any producers who pregnancy scanned, particularly for multiples, are now far better positioned than those who opted not to scan.

While reasonably high percentages of producers attending these days had scanned and managed their ewe flocks accordingly, Mr Duddy said many were still to fully embrace the technology

“National estimates in terms of producers regularly scanning their ewe flocks sits around thirty percent which is still quite low,” he said.

“I am confident that even in a good year producers will cover the cost of scanning – but it is the bad years where it pays to scan in terms of flock management, feed savings, ewe and progeny survival and lifetime wool benefits.

“We are going to come out of this drought with far fewer breeding ewes.

“Processors and industry bodies are calling for upwards of a 20 per cent lift in lamb numbers in coming years – to achieve this we need to identify and manage twin bearing ewes and lift lamb survival.”

He said ewes carrying singles generally lost 5-10pc of their lambs in a normal year while those with multiple lambs can lose 40 to 50pc.

“We have the greatest potential to save lambs in the twinning mob - keeping the twins alive is your best option,” Mr Duddy said.

“You can reduce your cost of production, per kilo of meat or wool produced, by 40pc by keeping the twins alive.”

He said that twin born lambs that hadn’t had a setback in-utero were not only heavier at birth l but also produced more wool over their lifetime.

“It is particularly important in the Merino job - if you identify the twin bearing ewes at 90 days pregnant and feed this ewe to meet her increasing energy needs her progeny are likely to produce on average,0.3 finer micron and 0.3kg more clean fleece annually,” he said.

“It’s all to do with the follicle development that goes on in utero.”

“I am not a big fan of getting rid of twin bearing ewes but in an exceptional year like this at least you have that option,” Mr Duddy said.

How to keep the lambs alive when drought feeding

Mr Duddy said it was best to separate ewes with single lambs and those with multiples prior to lambing.

He said it was best to trail feed the singles and, if possible, use self-feeders for ewes with multiples to avoid mis-mothering during feeding times. 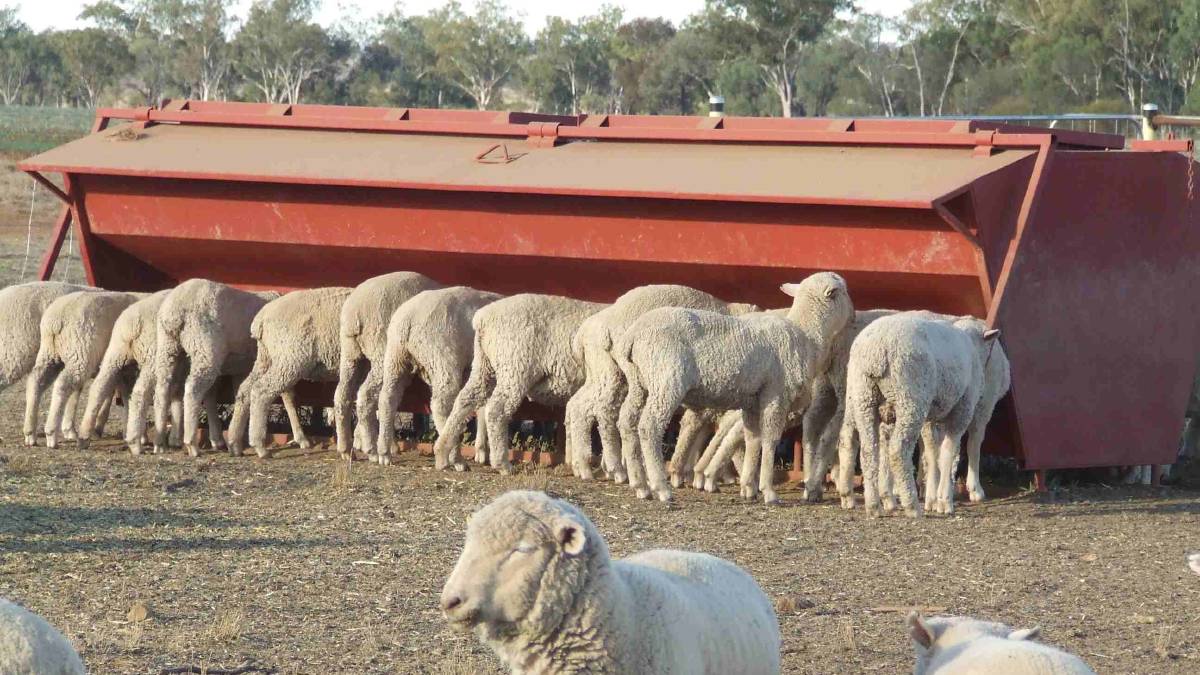 “Spread the feeders out across the paddock so you don’t have all the ewes and lambs coming to one place to feed,” he said.

“Ideally a ewe will spend over four hours with the lamb at the birth site, grooming the lamb immediately after delivery, helping the lamb to nurse, and cementing the maternal bond,” he said.

However, Mr Watt said if the bonding process was disrupted, such as when the ewe bolts to the feed trail or heads for the self-feeder, mis-mothering can occur leaving the lamb vulnerable to starvation, exposure and predation.

He said feeding ewes in the early afternoon would allow the most time for mothering up before nightfall.

He said self-feeders should be at least 50 meters from water and shelter and each self-feeder should supply no more than 220 single ewes or 100 twin bearing ewes.

Mr Watt said trail feeding could provide better control of the amount being fed. Disturbance to lambing ewes can also be reduced by feeding 2-3 times per week rather than daily.

“Some sheep producers might choose to broadcast out lupins or faba beans onto paddocks to supply sufficient feed for several weeks, avoiding the need to trail feed,” he said.

“We’re also aware of producers who plan on using whole cottonseed dumped into the paddock, which ewes are inclined to eat slowly, rather than gorge in a single rushed feed.”

Producers should be looking at early weaning options sooner rather than later according to Mr Duddy.

Mr Duddy said the optimum weaning age was 12 weeks. For a standard six week joining period this was achieved by weaning 14 weeks after the first lamb was born, he said.

In terms of recommended target weights, producers were advised to aim to for 45 per cent of a mature ewe weight.

“For example, if your average mature ewe weighs 50kg, you’d be aiming for an average weaning weight of 23kg or if your ewes average 60kg you’d be looking for a 27kg lamb,” Mr Duddy said.

“Producers should aim for a growth rate of 50 grams per day - small increases in growth rates can dramatically improve survival rates.”

Returning lambs to their lambing paddock

While not commonly recommended due to the increased risk of worms, the lambs are returning to an area they are familiar with. They know the paddock layout including where watering points are which may reducing stress associated with weaning.

This involves weaning heavier lambs first and lighter lambs later. This allows lightweight, late born twin lambs in particular the opportunity to put on additional weight before being weaned

Running 5pc adult sheep with weaned lamb mobs (not their mothers) can reduce stress and teach lambs to identify different feed types/supplements and infrastructure such as water troughs, feed troughs and self-feeders.

Producers may also consider yard weaning for three to five days to, again, help familiarize the lambs with confinement feeding, water and feed infrastructure and having humans around.