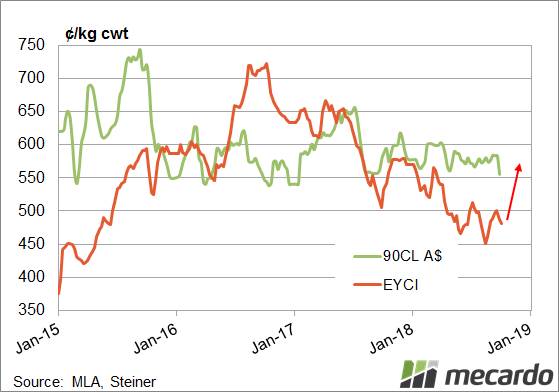 FIGURE 1: 90CL vs EYCI. It’s hard to see the EYCI getting back to the 2016 premium over 90CL without very widespread wet season rain. However, getting back to parity with the 90CL would add 15pc to the EYCI and see it back at 550¢. ​

Mecardo's Angus Brown looks at how the cattle marketing is tracking after recent rain.

There is always a risk when looking at where prices might go if the drought breaks.

Regardless, with recent falls in some areas and some follow up forecast, we thought it’s time to put some numbers around what will happen if the northern wet season arrives in earnest.

Rain on the east coast isn’t going to move export prices too far.

It will, however, significantly shift the restocker supply and demand equation.

Those who still have cattle will hold on tight and those that have destocked will be looking for something to eat grass.

We have seen a very similar dynamic in recent times, with 2016 being the peak of the EYCI and the restocking frenzy.

Whether or not supply/demand returns to similar levels depends on rain, but this time it could be even stronger as a dearth of cattle looks to be deeper this time.

Given the recent herd liquidation, it’s not a stretch to expect east coast cattle slaughter to fall back to 2016 or 2017 levels if and when it rains.

This would see a decline of 7 per cent when the usual trend is for cattle slaughter to rise as we move towards the end of the year.

The fundamentals of export markets play a role in setting the base cattle prices and local supply governs where the EYCI sits relative to export prices.

This is represented in Figure 1, which shows the EYCI premium or discount to the 90CL set by supply.

The largest premium the EYCI has held over the 90CL frozen beef price in the summer has been 80¢ in December 2016.

A spike in demand, with drought-breaking rain, would put the EYCI back at a strong premium to the 90CL.