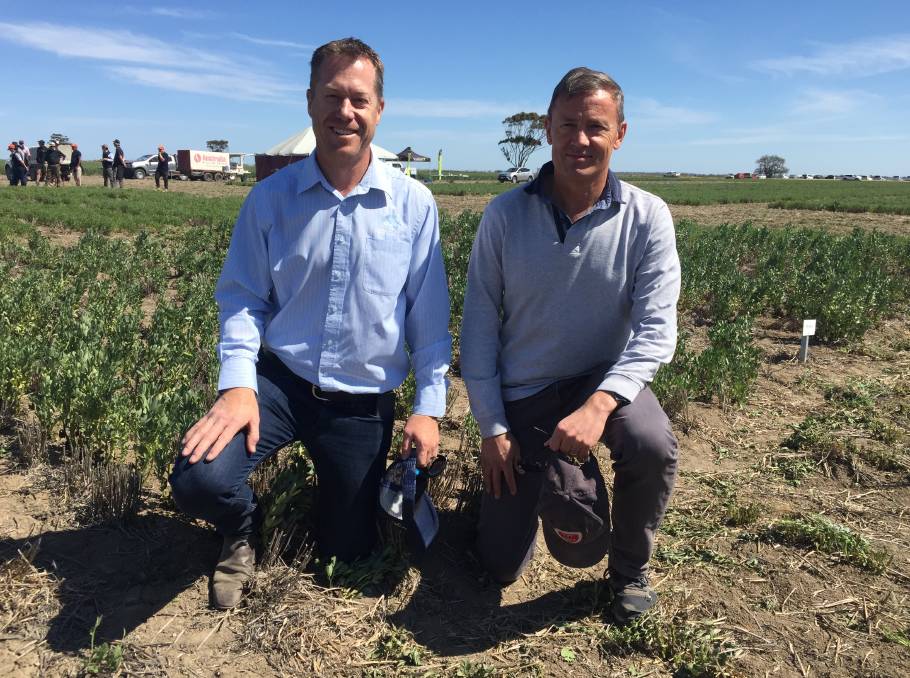 Faba bean prices are soaring, a complete turnaround from just two years ago where farmers couldn't give them away.

FABA beans prices are double those of lentils and could end up around $200 a tonne better than chickpea values.

Let that sink a moment. It was just two years ago that lentils and chickpeas were worth as much as five times faba beans.

However, the import tariffs in India have hit hard, particularly in the lentil sector, while a sharp reduction in international faba bean production, with major producers such as France, the United Kingdom and the Baltic States all struggling has seen the turnaround, highlighting the fast-moving nature of the pulse market.

Farmers who stored faba beans when prices were sub-$200/t are now selling the same beans for close to $800/t delivered upcountry packers, while new crop bean quotes have soared to $880/t.

In contrast, chickpeas remain parked at around $700-800 with further downside risk while lentils are faring even worse at $400/t, or around stockfeed values.

“Australia’s crop could come in at around 200-300,000t, down from 500,000t some years, it was very dry in Britain and through the Baltic States, which are also big producers of faba beans, so all up it means buyers will have to pay up to get their hands on beans,” Mr Darcas said.

He said Egypt would continue as the largest buyer of faba beans, while other markets might be more price conscious.

“In Egypt the demand is mainly for making falafel, so it is largely set to continue, but there will be some substitution.

“In other Middle Eastern countries, such as Syria, the falafel is made with chickpeas, so maybe the Egyptians will learn more about the art of making falafel with chickpeas in response to the prices.”

On the chickpea front, Brett Dodson, managing director of Australian Grain Export said Australia had done well in terms of managing to find alternate buyers for chickpeas in light of the difficult Indonesian situation, with Malaysia in particular stepping up as a buyer.

He said the crop this year was likely to be just a fraction of the monster million tonne harvest of 2016, but even with a 200,000t crop Mr Dodson said it would be not a particularly easy one to market.

“At present I imagine the chickpea sector will be pretty quiet over the summer, there won’t be big production and I don’t think grower selling will be that high at current values either, it might be a similar case to what happened to beans with farmers storing them where possible.

Current bids vary wildly, reflecting a lack of liquidity in the market, but are around $750/t delivered Darling Downs.

In the south, where producers predominately grow kabuli type chickpeas, Mr Dodson said demand was likely to be even duller.

“India is a big buyer of kabuli types so without them buying we are unlikely to see a lot of activity, even allowing for a markedly smaller crop because of the dry conditions.”

Lentils are the other commodity to feel the full brunt of the Indian import fiasco.

Without Indian demand, prices are only just hovering above $400/t, or the same as wheat.

There was talk at the field days of reasonable volumes of lentils being absorbed into feed rations but demand from the feeder sector has yet to climb sufficiently to boost prices meaningfully, with most growers at the field day saying they planned to store what little crop they harvested until prices rise at some stage.