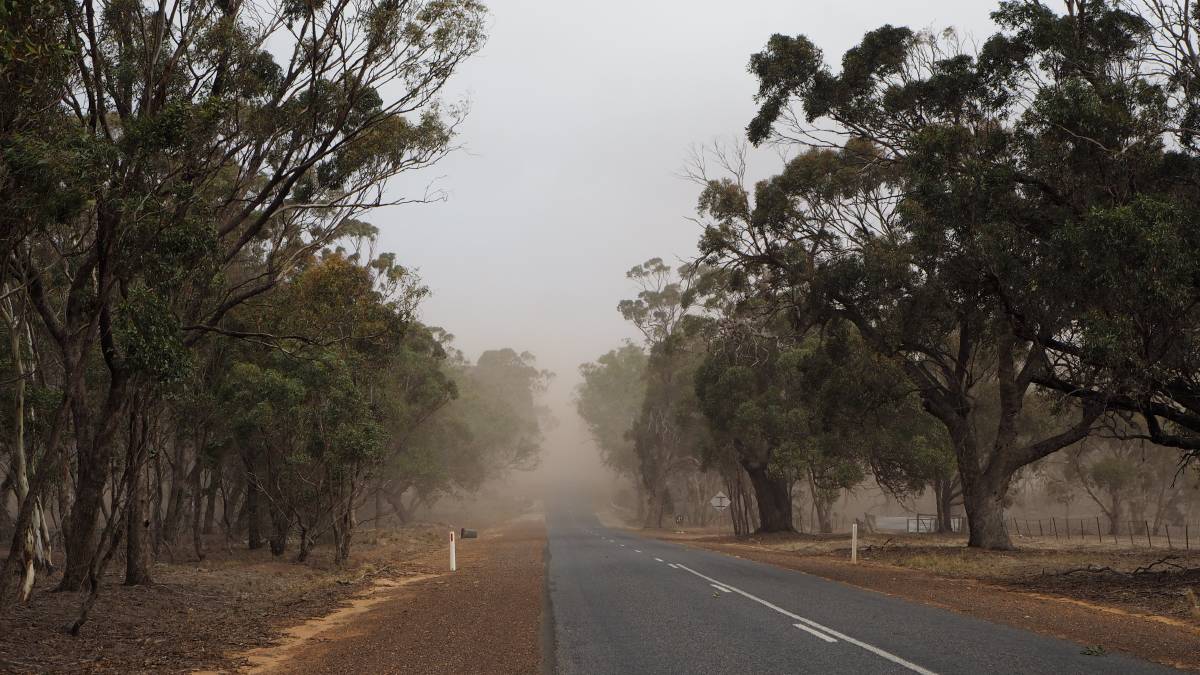 There are the risk of major dust storms across NSW this week.

Dust storms are set to hit NSW this week, with the possibility of raised dust even getting across the dividing range to coastal areas.

WESTERN NSW is gearing up for a torrid couple of days with heavy dust storms set to sweep across the region.

A low pressure system currently in the Great Australian Bight will push east over the next 24 hours, raising winds and dropping temperatures, with the possibility of raised dust making its way east towards the coast.

Rainfall associated with the system will push to the south, while tropical moisture will focus on southern Queensland and northern NSW meaning winds will whip up over dry regions, raising dust.

Already, air quality index particle measurements, of particles less than 10 micrometers in diameter, taken by the NSW Office of Environment at Broken Hill are recording 304. Readings above 200 are considered hazardous.

Gabrielle Woodhouse, forecaster with the Bureau of Meteorology (BOM) in NSW said although there had been rain in centres such as Alice Springs earlier in the week there had been only sporadic falls over western NSW.

“The soil is so dry it will not be enough to tamp the dust down in the event of high winds.”

She said on Wednesday the worst of the dust would be seen in areas roughly west of Dubbo, but on Thursday, as the cold front pushed through, dust areas would push east, possibly even over the Great Dividing Range.

“Visibility is already well down in areas such as Broken Hill due to the dust,” she said.

Ms Woodhouse said the vigourous cold front would also lower the snow level down to 1000 metres in Victoria and 1100 metres in NSW, while the winds also mean there is an elevated fire risk.

“Having the two separate systems, one to the south, one to the north, is a bit unusual,” she said.