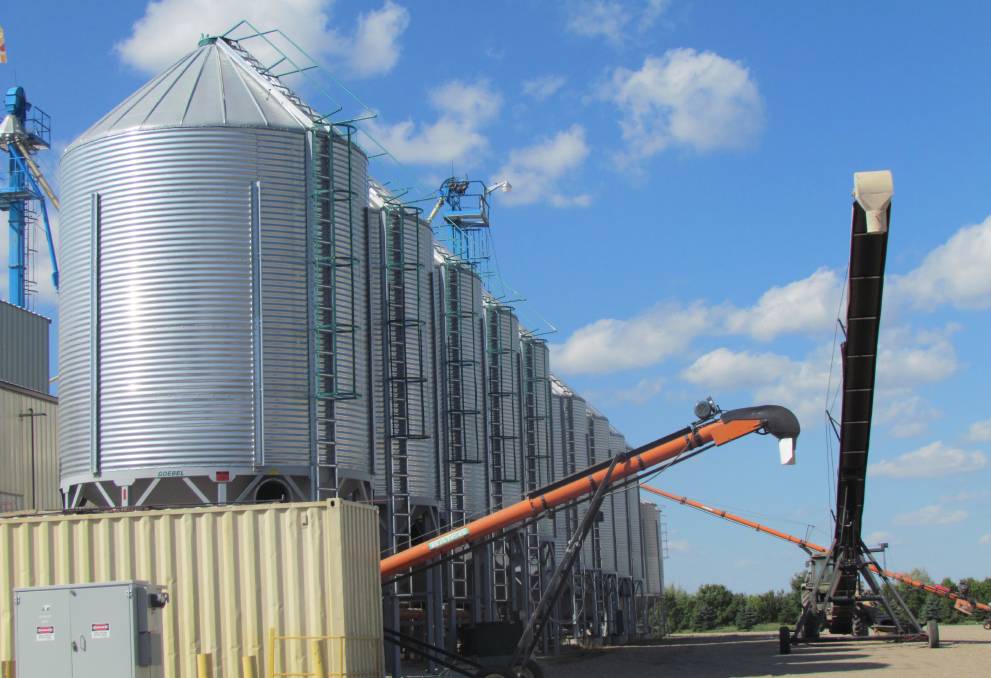 The developers of Flavocide are confident it will help contain graiin storage pests.

A new grain protection product may help lessen the reliance on phosphine in terms of minimising grain storage pest numbers.

THE AUSTRALIAN grain industry has long been concerned about the heavy reliance on the fumigant phosphine and various grain protectant products to protect the national crop from grain storage pests such as weevils and grain borers.

Fumigants such as phosphine are used to disinfest grain and grain protectant products are used to prevent infestation and provide longer term residual protection in storages.

A recently listed ag-tech business has made a discovery with a compound discovered in a eucalyptus tree that may have significant scope to help ensure insect-free grain and lessen the reliance on currently used products.

Richard Jagger, Bio-Gene, said the company had developed two products, Qcide, a natural oil from the gum tree and Flavocide, a synthesized molecule from the same family of chemistry which he said had demonstrated unique insecticidal activity.

In particular, Flavocide, which can be produced on a significant scale could be used to help keep grain pest populations down in Australian grain storages.

“We’re looking at how the technology can work, both standalone and in combination with other compounds as part of a grain storage pest management strategy.”

He said that similar to a double-knock in herbicide technology, having more than one means of control could stop grain storage pests infesting grain and breeding for resistance.

“Reliance on a single product can lead to rapid development of resistance,” he said.

“This has occurred with phosphine, and also with a number of grain protectant products.

“Use of a product with a different mode of action will control resistant strains of insects and thus extend the effectiveness of existing products.”

He said the company had done considerable work on the efficacy and safety on the product and was now undertaking longer term studies aimed at commercialization of the technology.

Interestingly, while Flavocide is designated as a grain protectant insecticide, there is still some work being done on its potential as a fumigant.

“There is a certain level of volatility in the product that means it may have some benefit as a fumigant as well,” he said.

Queensland’s Department of Agriculture & Fisheries (DAF) to see how the product stood up to tough Australian conditions.

Australia is often regarded as a difficult place to control grain pests, because the major period for grain storage is in the heat of the summer.

In North America, for example, the grain is mainly stored over winter, when freezing conditions do not suit the grain pests.

Both chlorpyrifos-methyl and deltamethrin are currently used as grain protectant insecticides, although their usage is relatively low compared to phosphine and there are already resistance problems with both products.