Australia’s $2.6 trillion superannuation industry concedes it avoids investing in agriculture because fund managers lack experience in the industry, foreign investment rules are too complex and there is a lack of useful farm sector performance data to work with.

Super funds are also worried about environmental issues associated with agriculture, workplace safety risks and the volatility of commodity markets.

With just $2.3 billion of Australia’s mega-sized pension pool invested in the farm sector by locally managed funds, a federal parliamentary inquiry panel has urged a big shake-up in agricultural statistical information to better reflect the detail and timeliness required by investors.

Compared to other investment categories where data is easily available, super funds may find agriculture unappealing and hard to understand - House of Representatives Standing Committee on Agriculture and Water

It was one of four key recommendations from the inquiry after multiple submissions and witnesses bemoaned the “disparate and confused nature of data relevant to agriculture, its financial performance and investment suitability”.

Information compiled by the Australian Bureau of Agricultural and Resource Economics and Sciences (ABARES) was considered valuable overall, but not of great use to potential investors who needed specific data to assess the worth of investment options.

“Compared to other investment categories where such data is easily available, super funds may find agriculture an unappealing and hard to understand sector in which to invest,” the committee’s final report said.

The National Farmers Federation had noted superannuation investment could grow if risks and likely returns were more accurately calculated, including data on water availability, soils, climate impact and market fluctuations.

“Improved data enabling comparisons with other investments, such as long term income and returns, is likely to increase super fund consideration of agricultural assets as investment targets.” 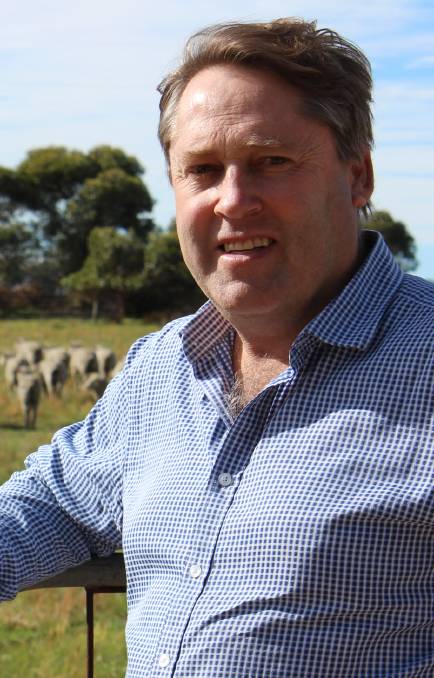 Laguna Bay Pastoral Company, one of Australia’s top five farm fund managers, noted the data problem was compounded by superannuation funds lacking the internal capacity to understand what data they could access, or know where to get support “if they were inclined”.

Chairman of the House of Representatives agricultural and water resources committee running the inquiry, Rick Wilson, said reasons for poor superannuation investment in farming were not black and white.

For example, even foreign investment regulations impacted on the confidence of local super funds because Australian groups often pooled their efforts with funds and experience offered by international investors.

Foreign investors who spend more than $57m in agribusiness or accumulate land worth more than $15m need government approval to buy.

Also under attack was another contentious recent government ruling requiring 30 days of national advertising for agricultural property before it can sell to overseas investors, so neighbours or other Australian parties have a chance to bid, too.

“It does nothing but hinder the agricultural community – it has to go,” he said.

Despite some farmers complaining about missing out on potential purchases to foreign buyers, Mr McGavin said “very rarely is this the case – it’s often a face-saving cop-out”.

In fact, farmers who bought neighbours’ farms often paid too much and were left financially overstretched.

“We have debt saturation in Australian ag, with many farmers over leveraged into aggregating neighbours and not investing in productivity.

“It’s dragging down the aggregate.” Meanwhile, foreign investors often wanted to lease their acquisition anyway, which would be a better deal for the neighbour than buying the additional land.

The inquiry panel recommended a government rethink on advertising rules and managed investment trust tax rates because of the unintended consequences to agricultural investment.

Warakirri noted larger investment and pension funds were potentially more likely to have a membership base, asset size and investment time frame to put money into farming.

It had invested directly in agriculture for many years, but the outcome was “less than satisfactory”.

Super investment businesses were required to have the ability to liquidate an asset within 30 days without loss, which the parliamentary inquiry found did not align with agriculture’s rollover and liquidity reality.

It also blamed inability to obtain sufficient scale to truly diversify across geographies and climatic zones.

Subsequently, according to Industry Super Australia, local funds put just 0.3 per cent of investments in domestic agriculture, although were growing more interested.

Better information and awareness of the benefits of agriculture as a steady and suitable investment target will improve investment from super funds and the wider investment community - Rick Wilson, Member for O'Connor

To help promote agriculture’s investment benefits, and to provide more information to the investment sector, the inquiry committee wants peak farm bodies and the Council of Australian Governments work together to develop a strategy.

It also recommended a superannuation and farm sector investment working group be convened by the federal government to identify and promote better business processes and structures which would attract more investment.

“Ultimately, better information and awareness of the benefits of agriculture as a steady and suitable investment target will improve investment from super funds and the wider investment community,” said Mr Wilson, the West Australian Member for O'Connor.

“This can only lead to best practice agriculture and a sustainable market into the future.”