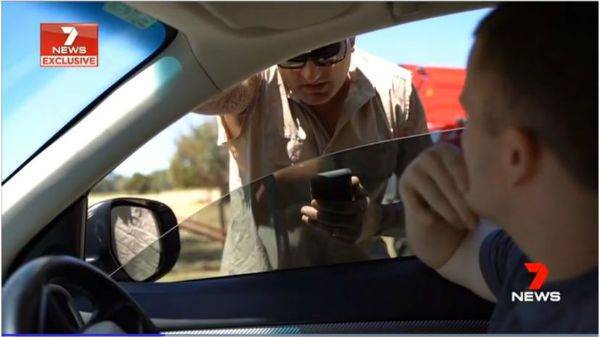 The WA dairy farmer who discharged a firearm near vegan activists says he didn't even know they were still on the property.

Harvey dairy farmer Jason Parravicini was involved in verbal exchange with vegan activists from Direct Action Everywhere (DAE) outside his farm, just before shots were fired.

Mr Parravicini said he hadn’t expected his actions that day to make it on the news, as he was just trying to protect his family and property after the DAE members arrived outside his property filming his calves and home.

He said the footage presented on TV was doctored to make him look bad and ignored the “antics” the activists got up to prior to the clip.

He said the activists “lied” and the footage was a “set up” to get publicity.

“The video has been edited by the vegans,” Mr Parravicini said.

“It doesn’t show anything that took place before hand.

“It doesn’t show me asking them numerous times to leave and stop videoing the front of my house, where there is young children - “can you please move on”.

Mr Parravicini said he had spent 20 minutes trying to get them to leave before having to head up the road on his tractor to do a job.

He said as he was driving the tractor the activists, which included DAE member James Warden, “swerved in front” of him several times with a camera out the window, which was dangerous and could have resulted in an accident.

It was then that he got out of the tractor and confronted them.

“They don’t know where to draw the line,” he said.

“For twenty minutes I was verbally abused.

“There’s no footage showing what he did to provoke me - calling me a murderer.”

The footage shows that Mr Parravicini walked outside with a shotgun and fired it into the air - away from the road.

It was portrayed that he did so to warn the activists off and as a result of his bad temper, however Mr Parravicini said he didn’t know that they were still there after seeing them leave the area earlier.

Mr Warden said that he wasn't surprised that a firearm would be resorted to as animal agriculture was an "echo chamber for this type of violence".

Mr Parravicini countered the accusation by explaining that “every afternoon I go out and let off a few shots with the shotgun to scare the crows away from the calf feed”.

“I didn’t even know they were there until after,” he said.

Police said they would not press charges regarding the discharge of the firearm.

Activists have been busy in the Harvey area in recent weeks according to livestock producers - since the Aussie Farms map was made available online, identifying locations where livestock and animals are farmed across Australia.

Brunswick cattle producer and livestock carrier Steven Italiano said they showed up to protest a few weeks ago at the entrance of the Harvey Beef abattoir with placards and cameras.

“They were standing right in front of the truck,” Mr Italiano said.

“They climbed on the trailers and made accusations - calling me a murderer.”

He said being confronted by protestors was not new for livestock carriers but it was potentially dangerous when they get in the way of the truck and climb on the trailers.

“At the end of the day humans have been eating animals for thousands of years,” Mr Italiano said.

“It’s hard making a living in primary production and we don’t need these sorts of things.”

The Nationals WA have called on the State Government to do more amid the rising tensions.

Ms Davies said farmers had the right to feel safe in their homes and go about their lives and work without harassment or intimidation.

She said the McGowan Government needed to do more to dissuade the criminal activity of green groups and animal activists. 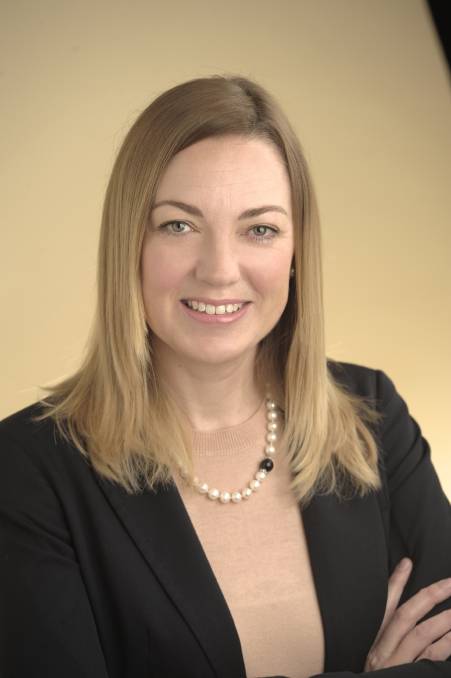 “This is an extremely concerning development and potentially devastating for farming communities.

The Nationals WA agriculture spokesperson Colin de Grussa said he had recently presented a petition to Parliament calling on the Government to investigate tougher penalties for rural crime.

“The petition calls for review of legislation to protect landholders against theft or damage to livestock or property, trespassing and hunting or fishing on private land without permission,” Mr de Grussa said.

“The petition is a response to the deep sense of anger and frustration over crime in rural areas, which has now been exacerbated by animal activists.

“Primary producers are quite rightly concerned the disclosure of their location and details about their business would make them a target for animal rights activists, vandals and thieves.

“Farmers’ privacy, their right to farm and safety has been compromised and the risk that their properties, their families and livestock could become the target of extreme and dangerous activism activities is heightened.

“Stock and equipment theft and rural trespass are crimes of major concern to rural and isolated communities.”

Farmonline is part of the campaign to #protectourfarms and create new laws giving individuals rights to sue for privacy breaches to create more options to prosecute against trespass.

#protectourfarms is also calling for Aussie Farms to be stripped of its charity status and for tougher farm trespass laws.