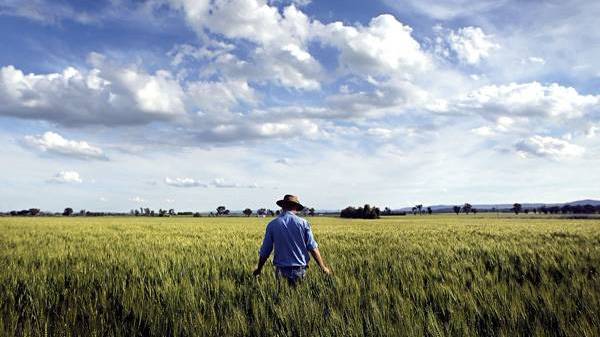 Imagine if Australia’s private landholders, who manage half the country’s landmass, were investing significant funds into climate change reduction and environmental improvements.

That’s the scenario a cross-industry coalition of agricultural, forestry and environment groups are working towards, using the lead-up to the federal election to argue for policy change which could reimburse farmers for the public benefits delivered by their land management outcomes.

The Climate Proofing Australia campaign was launched in Canberra this week by the Red Meat Advisory Council, Farmers For Climate Action, Greening Australia and the Forestry Products Association.

They are calling for government-funding for a new approach to land management which recognises the public benefits achieved on private land.

Farmers would be rewarded with payments for sequestering carbon and reducing greenhouse gases and for improving biodiversity - that is improving habitat native for flora and fauna.

Payments for these benefits to the environment would provide new income streams to producers and make their farms more economically sustainable.

Environment group Greening Australia has aligned with farm groups to realise the latent potential in the private sector.

“Public opinion wants us to stand in opposite corners on these issues, but the alliance is saying we’re not opposed,” said Greening Australia chief executive chief executive Brendan Foran.

“We have shared interests in climate change, the environment and reducing business risk.”

Mr Foran said public investment would be a catalyst for a larger pool of private investors into green schemes for private land, which could include re-vegetation, farm forestry plantings, and land management to improve native habitats.

“I have been travelling the world and I constantly hear the message that there's no shortage of finance for conservation, but there is a shortage of deals, and often that relates to the policy triggers which are in place.”

“Farmers are custodians of 50 per cent of the landmass. Australia is dependent on agriculture to play a role in climate solutions,” Ms Morgan-Schmidt said.

“We have an opportunity to get on the front foot here with the right policy and support structures.

“Agriculture can be set-up as a climate solution while delivering benefits back into regional Australia and we can’t let that slip.”

The Climate Proofing Australia campaign has nominated the Emissions Reduction Fund (ERF) as an example of a policy which could be expanded to achieve its goals.

Just $250 million of the ERF’s $2.5 billion fund remains – with no firm plans from the government on its future.

The ERF kicked off in 2015 and funds landowners who reduce emissions through energy efficiency, waste management, revegetation, livestock management and so on.

About 80 per cent of the ERF’s emission reduction has been come from farm projects, with vegetation work doing the heavy lifting.

ERZF projects are estimated to be reducing Australia's net emissions by 177 million tonnes CO2-e per annum.

Both major parties are weighing new environmental policies in the lead up to the federal election, due by May 18 this year, which could include new financial incentives for land managers to help curb emissions.

The National Farmers’ Federation policy is to lobby for a significant boost for funding to farmers for “ecosystem services”, including emissions-reducing projects like soil carbon capture, tree planting, pasture management and so on.

NFF wants the net benefit for ecosystem services to be equivalent to 5pc of farm revenue by 2030.