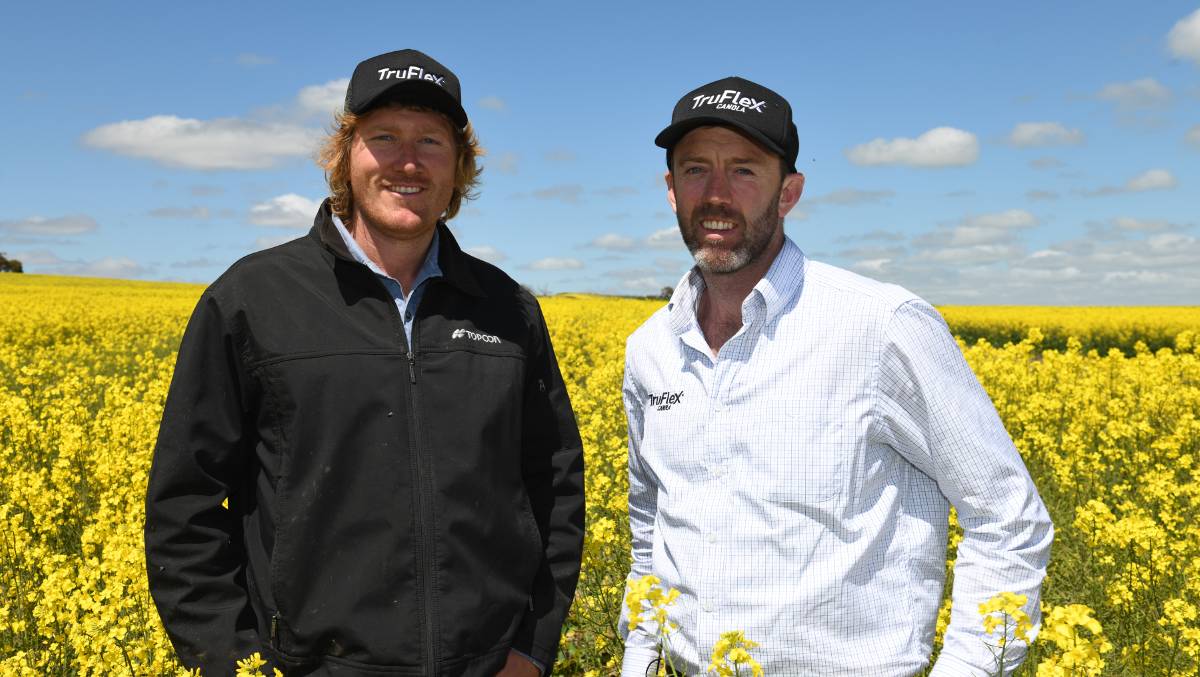 The next generation of GM canola will be available in limited quantities for commercial plantings this year.

TRUFLEX, the next generation trait for genetically modified (GM) canola varieties, will be commercially available to Aussie growers this year, following the Chinese government's decision to grant a safety permit to the trait.

Bayer, the developer of the trait, expects TruFlex to eventually take over as the premier GM trait used in canola varieties, overtaking the Roundup Ready (RR) trait currently used in GM cultivars in Australia.

Similar to RR, TruFlex allows farmers to apply glyphosate in crop, but the major advantage of TruFlex is that it can be applied safely up to the first flower stage, as opposed to RR, which can only go on up to the six leaf stage.

In practice, this will mean at least another two weeks where farmers have the window of putting out glyphosate to control weeds.

"The TruFlex trait allows that wider window of application and you can put out higher rates of the herbicide, both of which are going to be really helpful in terms of allowing farmers to get the full agronomic advantage out of the herbicide-resistant technology," Mr Trenorden said.

While the trait had already been granted food safety and environmental approval in Australia, and had won import approval in key destinations for Australian canola, such as the European Union, France and Japan, getting China ticked off was the final piece of the puzzle.

China's Ministry of Agriculture and Rural Affairs (MARA) has granted safety certificate approval for the import and food andfeed use for the product.

As a potentially massive market for Australian canola exports, it has given the industry confidence to move forward with the technology.

This year, Pacific Seeds, which, aloong with rival seed companies BASF and Nuseed, is developing new canola varieties with the trait, will have limited amounts of seed available, while the other firms will bulk up seeds, with industry officials expecting good amounts of hybrid seed featuring Truflex to be online for the 2020 plant.

Mr Trenorden said the trait could be useful in a range of scenarios.

It could assist in helping growers control late emerging weeds, while he also said plant safety on paddocks with uneven germination was another strength.

"You can see crops with a range of maturities there if the canola comes up on a small amount of rain, and that is where farmers have said they see the benefits, they know there is really good crop safety."

Unlike with RR, where Australia was well behind rival exporters, such as Canada, to use the technology, with TruFlex, Australia is on the same schedule as North America for its adaptation.

"Canada will also grow crops with the trait commercially for the first time this year," Mr Trenorden said.

In terms of  retail pricing, he said the ultimate decision would be up to the seed companies but added it would be measured against the value of other hybrid varieties.