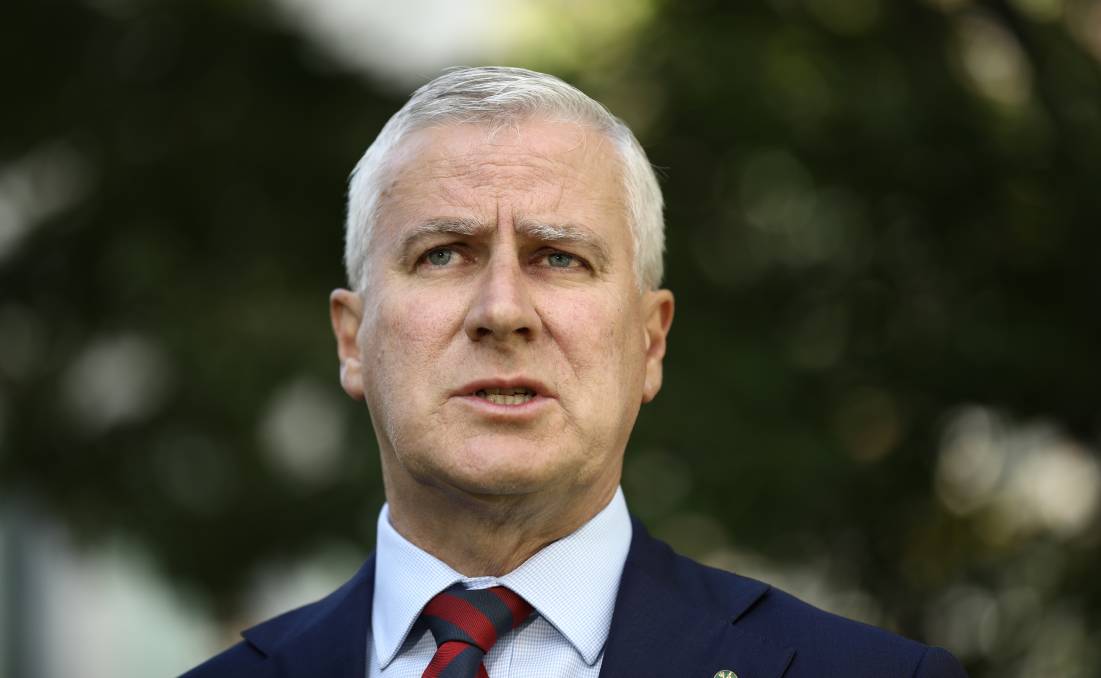 New laws to target online activists that publish farmers private details and incite others to trespass.

Attorney General Christian Porter announced this afternoon a new law to deal with the new threat he said was posed by animal activist groups like Aussie Farms, which publishes an interactive map with the locations of hundreds of rural properties across the country, including livestock farms, meatworks and dairies.

It has pledged to create a new offence with up to 12 months jail time for those who use a carriage service, such as the internet, to disclose personal information and incite others to trespass on farmland and livestock facilities.

"We have seen with Aussie Farms the malicious use of personal information, including farmers' names, addresses and workplaces, designed specifically to encourage others to trespass on properties and damage businesses," Mr Porter said.

"This is not acceptable and the Morrison Government will, if re-elected, introduce a new criminal offence specifically designed to protect Australian farmers from the sort of vigilante action we have seen this week.

The Attorney General said the new laws would include exemptions for 'bona-fide journalists' and for whistleblowers who expose breaches of animal cruelty.

Last week, the Attorney General prescribed Aussie Farms under the Privacy Act which exposes it to fines up to $2.1 million for breaches.

He also wrote to his counterparts to encourage them to heavily prosecute trespass cases on their books, and to consider a consistent approach to farm trespass.

Deputy Prime Minister and Nationals Leader Michael McCormack pledged the Federal Coalition would introduce the new legislation if they formed government after the election.

"They tie themselves to milking machines, tractors and other farm equipment (but) at the end of the day they should actually be locked up and for a good time to serve as a lesson to others not to do the same thing.

"These activists should be locked up for a long time, and the Commonwealth Attorney General will be making some announcements later, on what we intend to do as a federal government."

Prime Minister Scott Morrison said online activists such as the Aussie Farms website, which publishes details of farm locations and livestock facilities and encourages people to obtain footage of them, was of particular concern.

"When they are pursuing personal information... it's not just about farms but their homes. It's where their kids live and grow up and they are being targeted in the most mercenary way.

"I can assure you I have got their back. If we are re-elected I will put that legislation in place and they will feel the full force of my government's laws to bring them to justice for what I think is a despicable act."

National Farmers Federation chief executive Tony Mahar welcomed the public support in recent days and the government's announcement, which he said came as a relief to farmers, many of whom are nervous at the prospect of their properties being invaded by trespassers.

"People from all walks of life have come out in public support of farmers. It's been particularly heartening to see those who choose a plant-based diet, distancing themselves from the radical extremists and their modus operandi," Mr Mahar said.

"The announcement by the Government today, in conjunction with changes to Commonwealth privacy laws last week, will be supported by all fair-minded Australians.

"We are sure the proposal will receive bi-partisan support and we look forward to working with the Parliament to see these tough but fair new sanctions introduced."

This publication launched the #protectourfarms campaign in January, calling on governments to grant stronger protections from extreme activists in the wake of the social media storm around the release of farmers' personal details on the anti-farming website, Aussie Farms.

Join our campaign and protect our farmers

The campaign is calling on the government to revoke the charity status of Aussie Farms, strengthen farmers' privacy protections and increase penalties for trespass.