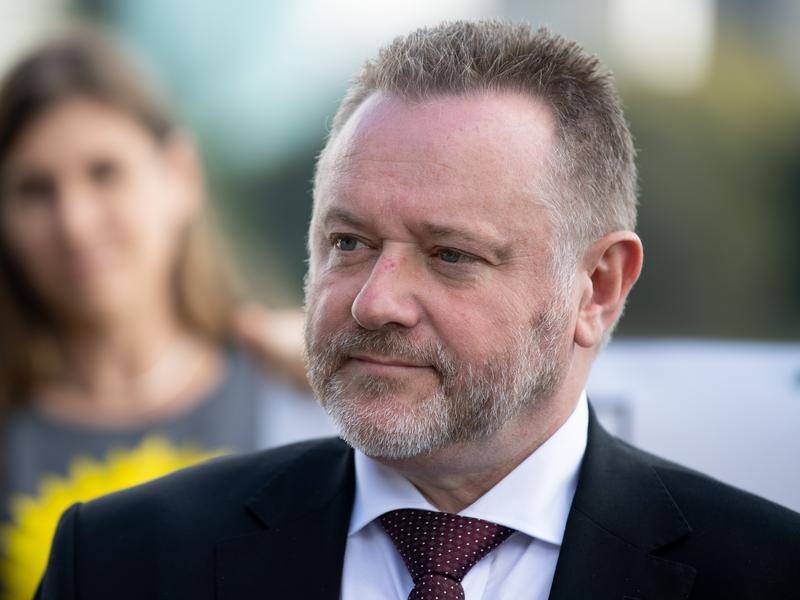 Outspoken NSW preacher Rod Bower is spearheading a new political party which he hopes will put an end to divisive politics and lead to serious action on climate change.

The Anglican leader has achieved notoriety using the sign outside his Central Coast Anglican church to criticise Australia's detention, climate and social policies.

Fr Bower hopes to win an upper house seat in May's federal election as part of Independents for Climate Action Now - a party which wants to work with both sides of politics to push Australia towards renewable energy.

"Climate change is the greatest human rights issue we will face in this century," he told AAP while launching the party in Sydney on Monday.

"Unless we get this right, it doesn't matter what else we get right."

ICAN see itself as a circuit breaker in Canberra appealing to voters who want science to trump the divided and paralysed major parties.

"We hope to bring a less divisive spirit into the parliament," Fr Bower said, adding he'd work with any party who supported "good climate policy".

"We want to draw the left and the right of politics together to inform good climate policy and good social policy so we can move forward as a people."

ICAN members are bound only by a requirement to observe scientific findings, particularly about climate change, founder Jim Tait says.

"Beyond the binding climate policy, we are a party of allied independents," the NSW Senate candidate told AAP.

"Our representatives are free to pursue what policies are in the best interest of their constituents."

Mr Tait, an environmental scientist who's worked as a consultant for both government and the private sector, wants Australia to transition toward 100 per cent renewable energy.

"We believe we can do it in a decade if we maintain the levels of investment we've enjoyed in recent years," he said.

"Australia is one of the windiest and sunniest inhabited continents in the world and we can use that to develop a renewable energy powered super-economy."

ICAN believes regional voters - experiencing dry rivers, ongoing drought and declining manufacturing sectors - will be won over by the benefits of renewable energy.

"We're talking about putting investment into the regions to solve this problem," the party's founder said on Monday.

She told AAP she had risked her body and freedom for climate change awareness and would endure a stint in politics if it helped secure a future for subsequent generations.