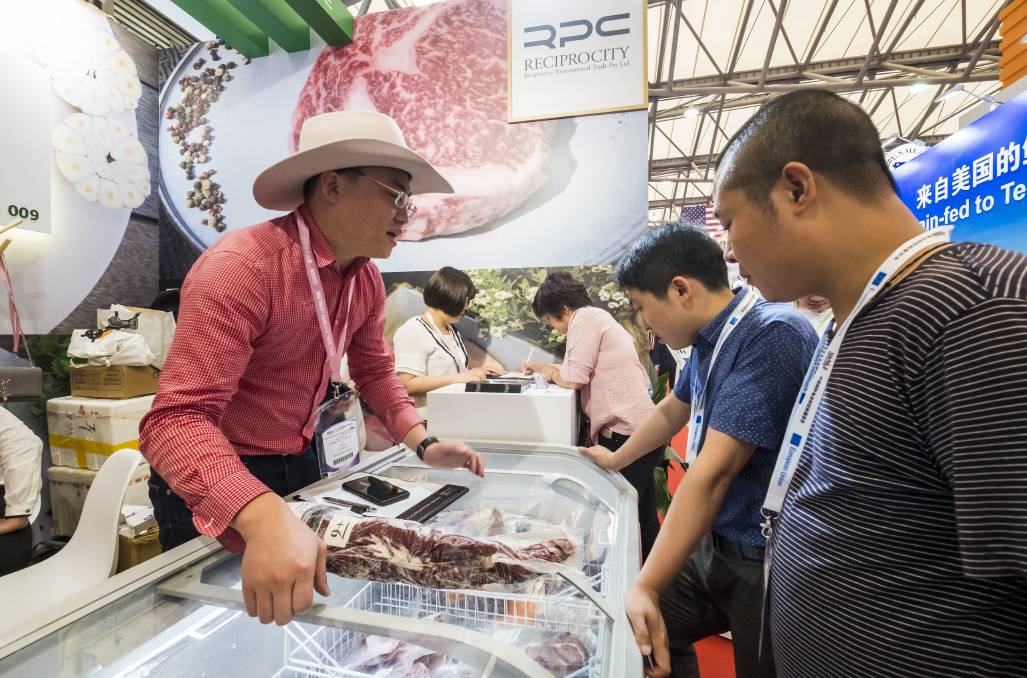 Australia has a large range of different beef products to offer overseas consumers but needed to differentiate itself from competitors through better communications and messaging, the MLA said.

The future of the Australian beef export industry looks sound but potential dangers are lurking.

Meat and Livestock Australia has just released a comprehensive overview of the world beef industry in its latest Global Beef Snapshot report.

Australia exports 70pc of its beef production and any disruption to one or more of its major markets would cause serious financial pain to producers.

In the report the MLA said the outlook for global beef consumption was positive, largely underpinned by growth in population and household wealth in developing markets, particularly Asia.

Australia produced only three per cent of global beef production but accounted for about 17pc of world trade and had remained one of the top three exporters for more than seven decades, the report said.

While the Australian beef sector faced a number of headwinds, particularly around remaining price competitive, there were many opportunities for targeted growth. 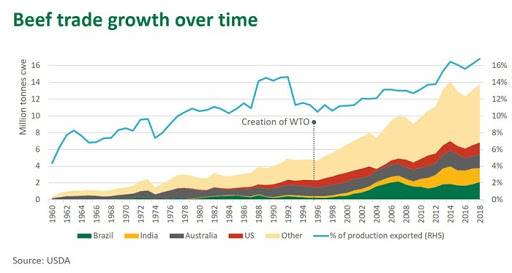 Greater China (China and Hong Kong) had zoomed past the US as the world's beef importing powerhouse.

Growing household incomes in developing countries meant more people were increasing their protein consumption and many were seeking better quality meat. But beef was expensive compared with competitors such as pork and poultry.

Well heeled and discerning consumers in developed countries were becoming more picky about their meat choices and had a growing interest and awareness in provenance, sustainability, animal welfare, food safety and traceability.

The MLA said Australian cattle prices were high relative to major competitors and were compounded by high processing costs which reinforced the need for Australia to focus on differentiating itself from competitors and providing a value proposition to consumers, the report said.

Australia's beef processing costs were twice that of Brazil and 24pc more than the US.

AMIC will hand the Cost to Operate report to key political parties along with calls for bipartisan solutions to cut the cost burden of excessive red tape and energy costs.

According to the report, Australian meat producers have the highest operating costs in the world, making it impossible to be continually competitive on an international basis.

The average cost per head, excluding livestock purchases, incurred in processing beef in Australia was 24pc higher than in the US, 50pc higher than Brazil and 75pc than Argentina.

"Australian processors, and the wider red meat supply chain, are battling unsustainable cost pressures while continuing to remain competitive internationally but, according to the report, they're fighting a losing battle, particularly as one of the biggest costs they face is as a result of excessive government red tape," Mr Hutchinson said.

The Cost to Operate report found that one of the key contributing expenses is offshore inspections fees, adding around $110 million in costs each year.

Meanwhile, the MLA said growing production and exports from key competitors, particularly the US and Brazil, would intensify competition in coming years, especially in Asian markets. Brazil produces around five times more beef than Australia.

Global beef consumption was forecast to grow at 1.2pc a year out to 2022 with eight of Australia's top 10 beef markets expecting gross domestic product growth of more than two per cent in the coming year.

Forecast beef production growth in 2019, particularly in the US (3.6pc), will place pressure on Australia's high value export markets while growth in Brazil (3pc) and India (0.7pc) will compete with Australian manufacturing beef and live cattle exports in China, South-east Asia and Middle East and North Africa, the MLA said.