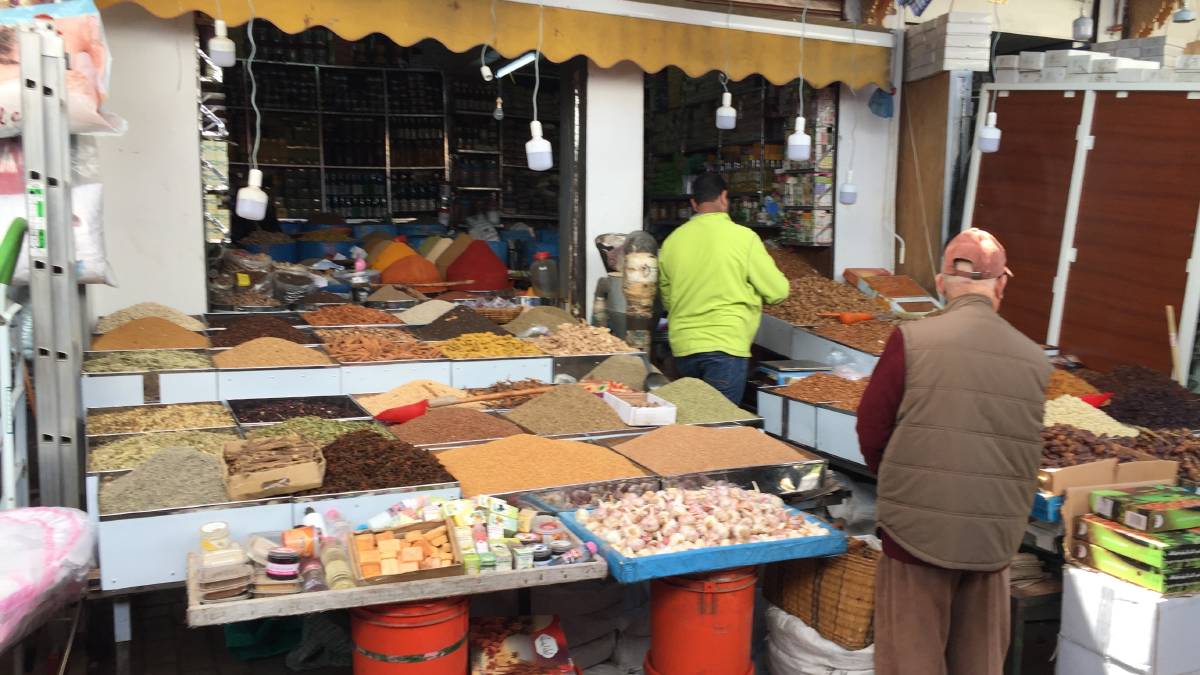 Durum based flour products, such as semolina, front right, are important staples in Morocco.

THINK of durum wheat and thoughts immediately turn to Italy and its pasta industry.

However, North Africa and west Asia have even older proud traditions of growing durum, for use in products such as couscous, burghul, unleaved bread and other semolina-based products, the coarse flour used in many African and Middle Eastern recipes.

With this in mind, the International Centre for Agricultural Research in Dryland Areas (ICARDA) has a strong durum wheat breeding program with an emphasis on achieving food security and reducing rural poverty by delivering varieties with improved yield and market value to small land holders across the region.

Senior durum breeder with ICARDA Filippo Bassi said the main research was conducted in Morocco and Lebanon, where ICARDA has large facilities, but also added work took place in Ethiopia, India, Iran, and West Africa, and the germplasm is shared each year with more than 100 partners from 41 countries.

"We do work in Mauritania and Senegal, which see some of the hottest growing season temperatures for wheat in the world, on improving heat tolerance, while in Ethiopia there is a focus on disease resistance, and in India we work with partners in Madya Pradesh to maximise water use efficiency" Dr Bassi said.

He said with partners in Turkey and Iran they explored the value of true winter durum varieties.

Dr Bassi has got a diverse lot of germplasm to work with, thanks to the access to ICARDA's gene bank collection of wheat wild relatives and durum land races (old varieties kept by local farmers), largely obtained from the 'Fertile Crescent' in the Middle East, where most cereal crops trace their origin.

"We're hoping to use that material to improve drought and heat tolerance, but also things like disease and insect resistance."

Specific work is being done on developing lines more tolerant of Hessian fly and Sunn pest, both damaging insects in the region.

"Here in Morocco we have seen first-hand how things are changing and how rainfall throughout the year is becoming less available in-crop and more variable so we need to find varieties that withstand these stresses," Dr Bassi said.

There has been good success, with 125 durum varieties derived from ICARDA germplasm being released in 22 countries.

From an Australian perspective, germplasm from Dr Bassi's work in Morocco is being taken back to Australia to be assessed for its suitability in our conditions as part of the CIMMYT Australia ICARDA Germplasm Enrichment (CAIGE) program.

This has led back to varieties hitting the ground, with promising Australian durum lines packed with drought and heat tolerant traits from the ICARDA germplasm coming through.

Intergrain early generation wheat breeder Allan Rattey, who travelled to Morocco, said he was interested to see the work on durum.

"It is a growing area in Australia and there is some good work underway here in Morocco," he said.